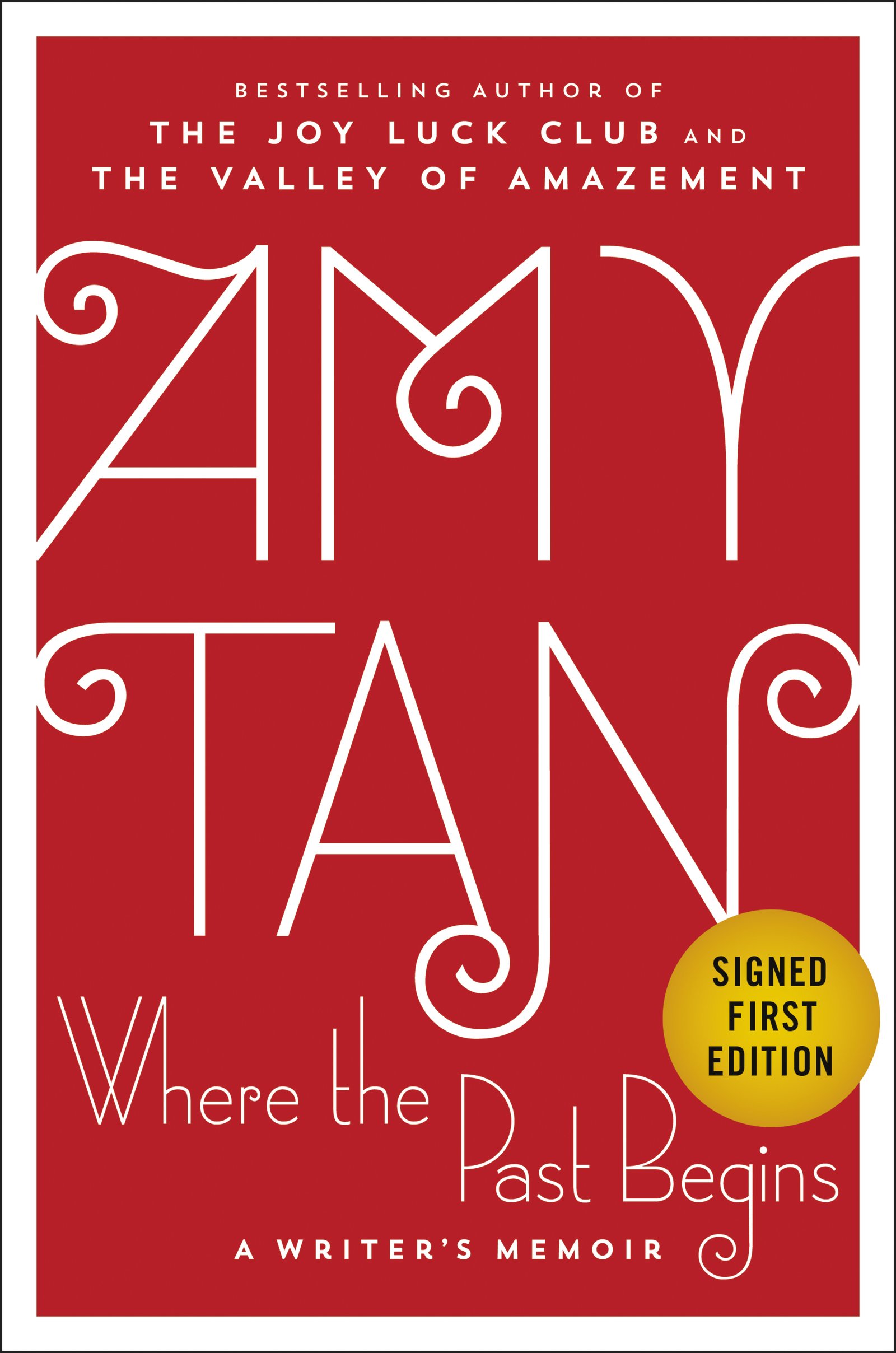 Amy Tan, author of such best-selling titles as The Joy Luck Club and The Valley of Amazement is a popular author in the Seattle area, widely celebrated for her fictional work. She’s made frequent visits to the area’s bookstores for promotional purposes and also spoken at Seattle Arts and Lectures. What some of her fans might not be aware of is the fact that Tan also excels in nonfiction writing, that she has composed numerous essays for magazines, anthologies, and collections. With her most recent offering, Where the Past Begins: A Writer’s Memoir, Tan takes the opportunity not only to share her life’s journey but also to exhibit her nonfiction prowess to a wider audience.

Although billed as a memoir, this book is not a straightforward, single-threaded narrative. Rather it is a collage of essays, letters, e-mails, journal entries, and other memorabilia, delivered with a certain exuberance.

As the book opens Tan transports us to her childhood in San Francisco, where her father is an electrical engineer and also an evangelical minister. Her mother has left an abusive marriage and three daughters in Shanghai and married Tan’s father. Somehow these two people manage to raise their children and also help their relatives in China; but the going isn’t easy.

Among the many battles Tan has to fight in her early years is one her family thrusts on her. She’s unfavorably compared to her brother Peter, who is considered a genius. Not long after that, the family is traumatized when both Tan’s father and Peter die within six months of each other. Now Tan has to contend with her moody, suicidal mother, with whom she already has a difficult relationship and who in later years will develop Alzheimer’s disease.

These struggles, however, don’t thwart Tan from pursuing her dreams. “From an early age, I believed I had an extra amount of imagination,” she said. At first she gravitates toward visual art and draws pictures from the stories in her head. But lacking encouragement from her teacher, she turns away from it and eventually dedicates herself to writing.

Despite her success, Tan doesn’t find it easy to craft a novel. In fact, each proves to be more difficult than the previous one. Music helps keep her settled at her desk. She might use a particular piece of music to construct a scene, although it does so much more. “By allowing my imagination to run with the music, it acts as a purgative in clearing my mind of cluttered thoughts,” Tan said.

When The Joy Luck Club hits the best-seller lists, Tan also experiences the negative aspects of success. “Praise, I had learned, was temporary, what someone else controlled and doled out to you, and if you accepted it and depended on it for happiness, you would become an emotional beggar and suffer later when it was withdrawn,” she said.

Bharti Kirchner’s seventh novel, Season of Sacrifice: A Maya Mallick Mystery is now out in hardcover and as Kindle edition.