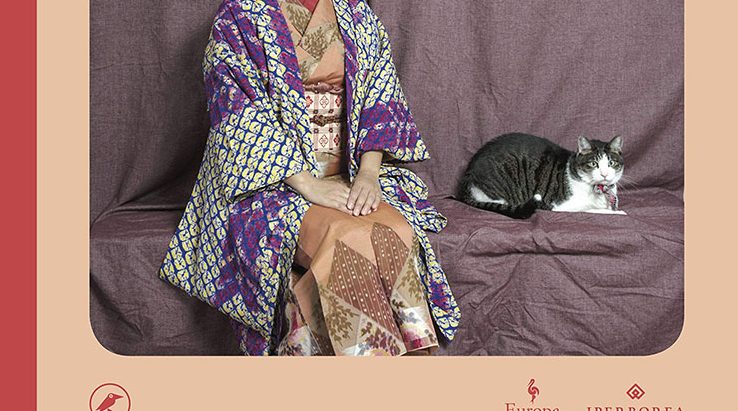 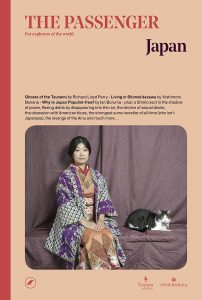 Traveling may be off the table for a bit longer, but The Passenger: Japan is a perfect cure for wanderlust. A bookazine featuring 11 long-form pieces, stunning photographs and original illustrations, The Passenger provides a reading-room getaway and a pulse on Japan’s shifting culture, social structures, politics and industry.

As a bookazine, The Passenger: Japan is a generous combination of the best of two mediums: a combination of sleek paper adorned with full-color photographs from Voglino Award recipient Laura Liverani and remarkably polished non-fiction prose. More than 80 pages of the book feature photos, illustrations and infographics.

The pieces in The Passenger stretch in topic from the somber emotional and spiritual residuum of the March 11, 2011 earthquake and tsunami to gender and domestic roles shifting as the pursuit of human companionship and desire become more commodified.

Writers that contributed to The Passenger provided viewpoints from visitors, locals and folks who put down roots in Japan along their life journeys. The combination of narrative storytelling, photo essay, investigative journalism and personal essays that The Passenger supplies gives readers a panoramic view of a country often too big for words, too rich in experiences to pin down.

Every piece in the bookazine has its own merits, but my top five favorites were “Sea of Crises,” “A Simple Thank You,” “Ghosts of the Tsunami,” “Sweet Bitter Blues,” and “Of Bears and Men.”

Brian Phillips, the author of Impossible Owls and journalist featured in the Best American Magazine Writing anthology, takes an exploration of sumo and transforms the story into a drama following the career of sumotori Hakuho — explaining what sets him apart from the rest. Then, when Hakuho seems unstoppable, the stakes are raised as a sumotori named Kisenosato participates in the same tournament while being observed for a promotion to the highest rank in sumo — yokozuna.

“The crowd is anxious because Kisenosato is Japanese, his country’s best hope for a native-born yokozuna, and he has already failed in one promotion attempt,” Phillips writes.

The tension in “Sea of Crises” is steel, but the fluidity with which Phillips transitions from flashpoints of tension to deep dives into completely unrelated historical and cultural incidents exemplifies how Phillips earned his place in esteemed anthologies.

Another one of my favorite pieces, “A Simple Thank You,” is a love letter to the Shimokitazawa area of Tokyo, written by famed author Yoshimoto Banana. In nine pages, Yoshimoto translates her years of living in Shimokitazawa into a nostalgic daydream with lines that spark wonder. “Whenever I see a staircase I think of my mother,” Yoshimoto writes. She relates private memories of happy moments and bittersweet interactions with simplicity. Yoshimoto explains how business practices in real estate and construction had changed and reminisces about when business people stood behind the quality of their services for the full duration of the products’ life, instead of swindling customers with double-speak.

None of the pieces in The Passenger make the mistake of asserting fundamental truths about the country. Tempering grand statements about the country’s inherent characteristics and the people who live there, every story recognizes that tendencies are not rules. Sometimes what seems absent is just unrecognizable to the uninitiated.

In “Ghosts of the Tsunami,” Richard Lloyd Parry writes that in opinion polls, “the Japanese rank among the most ungodly people in the world.” It wasn’t until the tsunami that Parry, a foreign correspondent based in Tokyo, understood the significance of ancestor worship in Japan. Parry relates stories of the supernatural, as reported by survivors of loss and disaster, in a way that validates their feelings and realities with tender compassion. As the story progresses, Parry realizes that “in Japan, spiritual beliefs are regarded less as expressions of faith than as simple common sense, so lightly and casually worn that it is easy to miss them altogether.”

As a child, I glued myself to the television when a travel documentarian visited Japan because I wanted to see the country where my father was born. My father would always tell me when the documentary misunderstood something, when the translation was incorrect, or fill in gaps that the film missed. Such travel shows left the impression that Japan had to fit the mold of orientalism, what the West wanted from Japan, as far as media was concerned. The Passenger: Japan felt refreshing because it never employed that mold. Many of the pieces written by visitors spent time in deep investigations, some of which lasted many years, of single topics. By looking at Japan with topical lenses, the bookazine avoids the pitfall of overgeneralization.

Reading The Passenger: Japan was as satisfying as any joyous road trip or personal adventure. Effectively, the bookazine is both pleasure reading and education. Each page’s font choices and design are soothing to gaze at and prevent eye fatigue using a modern serif font for large chunks of text and regularly switching font size and color. It’s pleasurable simply to look at and hold this book, and even more rewarding to read.