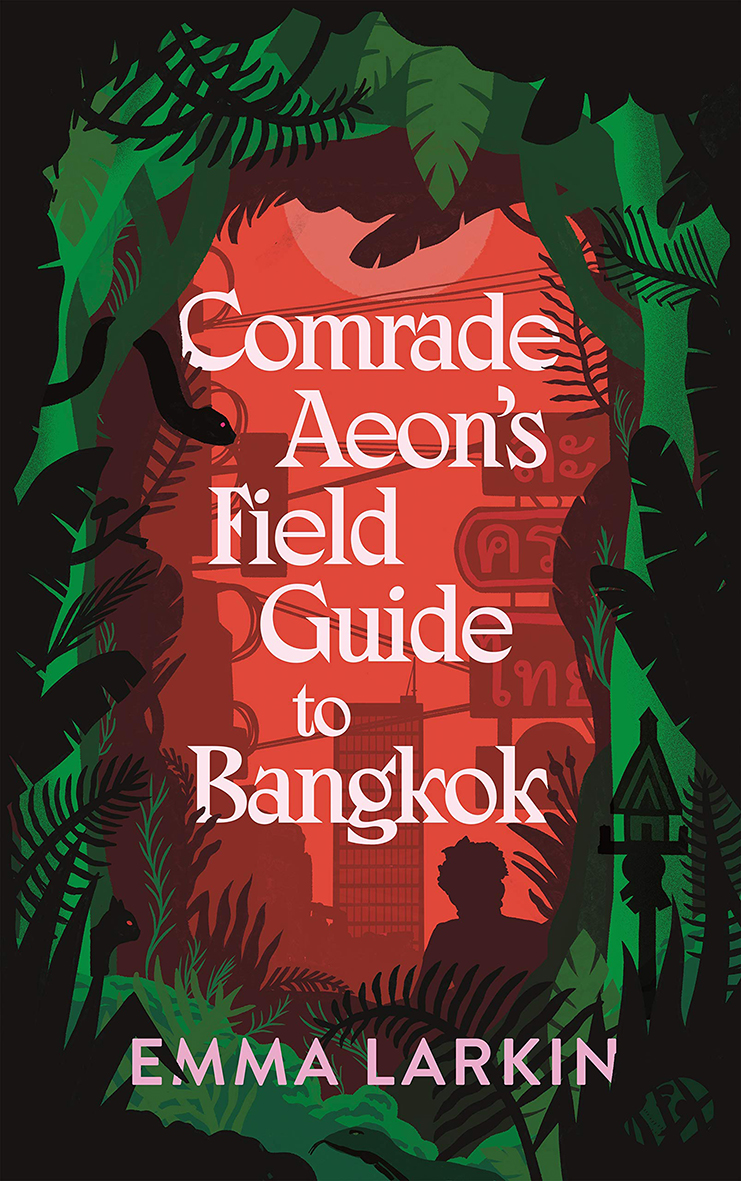 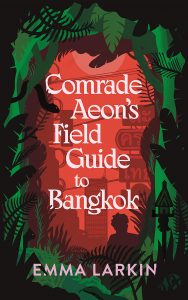 Emma Larkin has spent her life in Bangkok since infancy. Her knowledge of the city gives her first novel an insight and clarity that other Western authors have failed to achieve when writing about the Thai metropolis. Author of two highly acclaimed works of nonfiction, Finding George Orwell in Burma and Everything is Broken, Larkin’s journalistic command of details and events blends masterfully with the beauty and compassion that illuminates her fictional world. She does this again in her latest novel, Comrade Aeon’s Field Guide to Bangkok.

Barefoot, unwashed, and dressed in rags, Comrade Aeon wanders through Bangkok at night, unnoticed, taking careful notes on what he observes in the city’s natural world. As a young rebel, he fled to Thailand’s jungle after a student uprising, joining other dissidents who gave him a new name, Aeon, because he constantly examined the past in order to explain the present.

When he returns to his former life, his career as a teacher is derailed because of his insistence on remembering the past in a country that whitewashes its history. Leaving his wife and children, Comrade Aeon retreats to a jungle that exists on neglected ground in the heart of Bangkok, a spot that contains a secret known only to himself and to those who created it.

In spite of his solitude, Comrade Aeon links a disparate group of city dwellers: Grandma Yai who lives in a ramshackle dwelling in a nearby slum and does her best to keep him clean and kempt; Wongduan, a figure with whom he is obsessed, a beautiful scriptwriter for the soap operas she once starred in, presiding over an ornate mansion with her real-estate-magnate husband and mourning the disappearance of her only son; Ida Barnes, an expat wife and mother unhappily keeping house in a high-rise condominium near his jungle, who wanders into his home after stumbling across his secret on a drunken night.

All three of these women live tentative lives. Yai knows developers could at any time, demolish her slum neighborhood with violence and without warning. Wongduan submerges her grief by writing the same dramatic television plot in different settings over and over, living a public life of beauty and luxury that no longer holds meaning for her. Ida Barnes flirts with thoughts of suicide as she hovers, as weightless as ectoplasm and as invisible as Comrade Aeon, above a city that will never be her home.

When Wongduan’s husband discovers Comrade Aeon’s jungle, he realizes this is an opportunity to increase his considerable fortune and a way of calling his vanished son back home. Sending a construction crew to clear the land is an act that returns his son to him in a way he never envisioned, one that transforms the lives of his wife, the slum grandmother, and the unmoored transplant, leaving Comrade Aeon homeless, yet at home.

By cleverly interlacing Thai myth and history in a Greek chorus of soap opera episodes that punctuate her narrative, Larkin brings a deep dimension to her characters and to the city that she shares with them. Although her novel is centered around a place many of her readers may never see, she reveals the inevitable change and destruction that development poses to cities all around the world in a novel that’s as haunting as the grisliest of all Thai ghosts and as relevant as tomorrow’s headlines.