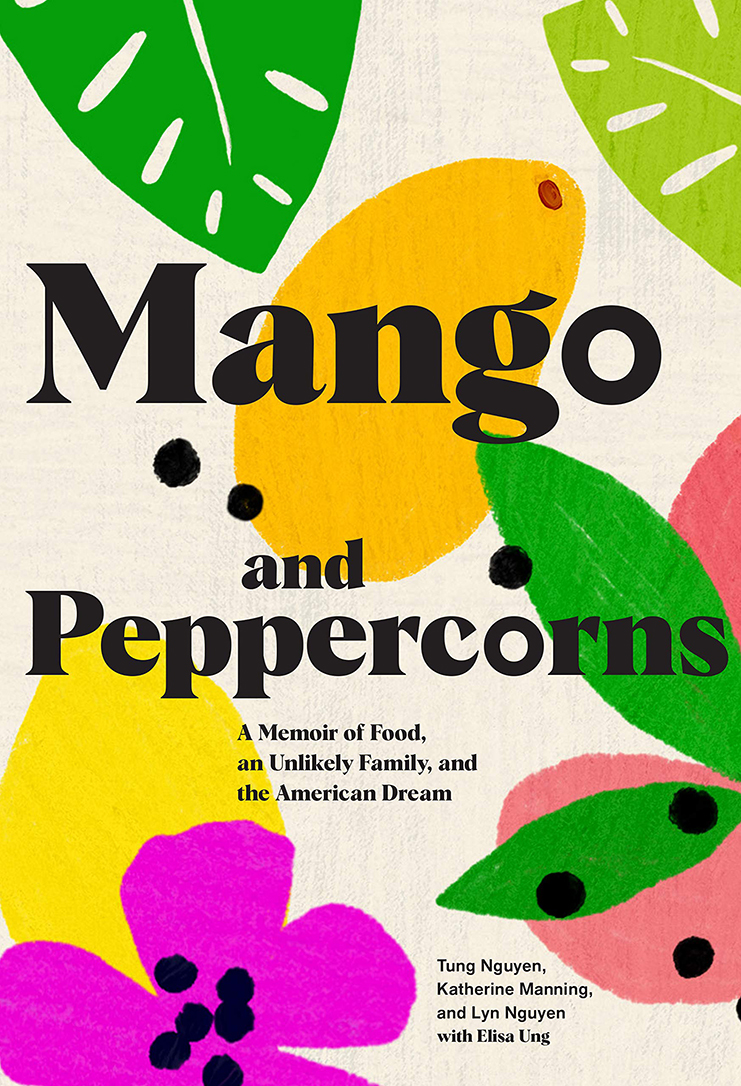 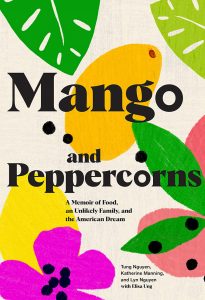 Celebrated Vietnamese restaurant Hy Vong may be closed, after 38 years of serving customers in Florida, but the story of Tung Nguyen’s journey from Vietnam toward a four-decade partnership with Kathy Manning is now available to all in their new book Mango and Peppercorns: A Memoir of Food, an Unlikely Family, and the American Dream.

This American Dream wasn’t the usual fantasy of a nuclear family and a white picket fence. Instead, Nguyen arrived in Florida single, pregnant and seeking a way to earn a living. She landed at the house of Manning, a young graduate student who was helping Vietnamese immigrants gain a foothold in the United States during the Vietnam War.

Mango and Peppercorns is presented like a series of monologues, with Nguyen, Manning, and, later, Nguyen’s daughter Lyn sharing their first-person memories and thoughts of their time living and working together – interspersed with recipes developed by Nguyen in Hy Vong’s kitchen. “In Vietnam no one shares recipes too much,” Manning said.  “But Tung wanted to share her recipes so that people could make good, healthy food.”

Manning reports that Nguyen’s recipes were intended not only to be authentic and tasty, but also to be healthy. “Tung thinks Americans don’t use fresh ingredients and eat unhealthy food. They use high caloric ingredients,” Manning recounted. “She would say when I cooked that I was going to kill people.  She didn’t go for my butter enhancements.”

But it wasn’t just about the choice of ingredients. “If you knew Tung, nothing influences the way she operated. She didn’t want help because they wouldn’t do it right,” Manning said. “When Tung cooked, it was like watching a ballet, the way she handled the food.”

That is why Manning served in the dining area, and Nguyen ruled over Hy Vong’s Florida kitchen, always refusing to compromise for American palettes. “She didn’t cook for Americans, or Cubans, or Haitians, but for people who liked good food,” Manning said. “When she cooked chicken and lemongrass, she cooked it as she did in Vietnam. It was hot, and it was my job to explain and guide the diner.”

Patrons guided each other as well. “There was nothing else to do in the restaurant, no music, no wi-fi, just each other and you had to wait for your food,” Manning recalled.

“Tables were close to each other so you couldn’t help but interact.”

Manning says that most of Hy Vong’s diners found this atmosphere fun. “They would pass food from table to table, ask each other if they had tried this or that,” she said.  “After a beer, it became a party.”

But ultimately, the party ended. “The restaurant closed after 38 years due to lease and landlord problems in October, 2015,” Manning said. “People began texting for food, so we did pop-ups once a month.”

Then the COVID-19 pandemic hit. “We couldn’t do pop-ups, so we did pick-ups,” Manning said. “We then decided to write a cookbook so our customers would have our recipes and we could retire, cook for special events, and cook whenever we choose.”

Lee Schrager, founder of the South Beach wine and food festival, suggested writing a memoir, and publishers agreed that Nguyen and Manning’s story was what interested them most. “They wanted to know how a Vietnamese refugee and her American host started a restaurant and ran for 38 years,” Manning remembered, “and about their unlikely family and friendship that extended beyond their differences.”

The biggest challenge for the pair has been finding the language to tell their story in American English. “Tung’s talent and skill is cooking,” Manning said.  “She uses her cooking to talk, express herself. Her talent is not talking or promoting, because her English is limited.”

They addressed this challenge by bringing in a professional writer, Elisa Ung. “We got a writer that made a trip to Miami, to interview Tung in person,” Manning said. “She let it all out. ”

But Ung didn’t just keep an arm’s distance. “The writer also tasted Tung’s food and cooked her recipes,” Manning reported.  “She told us she had never seen such good stock and tasted such delicious food.”

The biggest life lesson for Nguyen, who had grown up poor in Vietnam, was that she was talented and had value. “Tung is happy to have her recipes out in the world,” Manning said, “and she is even happier that people tell her the recipes work,”

And they work for more than just family meals. “Since Mango and Peppercorns, people would have parties where they all cooked from our recipes,” Manning elaborated.  “People would put up their prized creations up on Facebook and ask for critique or ask where to get the right kind of rice paper.”

But the magic of Nguyen’s recipes goes beyond the logistics. “Once you learn Tung’s routine and methods, you find it is not as much work as you thought, but it does take work,” Manning said.  “People, chefs, who look only at cost and profit charts, have trouble making Tung’s food.  You make Tung’s food out of love.  When you cook with love, she is happy to share her recipes!!!”