It was in the late 1970s and I was new to Seattle. I remember walking on campus with jazz musician Bob Antolin who was at that time enrolled in a Master’s Program in music at the University of Washington. We had talked about collaborating together doing my poetry with his music. As we entered the library, Bob spied a thin, small, brown man wearing a stylish hat pushing a cart full of books into the elevator. Bob ran over to the man and exchanged pleasantries and when he returned, he told me, “That’s Danny. He’s a master of the kulintang and an artist-in-residence in our ethnomusicology program. At the time, I was totally ignorant. I didn’t know what “ethnomusicology” was and I certainly had no clue what a kulintang could be.

Now I have learned that this great musician, Danongan “Danny” Sibay Kalanduyan died in late September 2016 in California. Danny was born in 1947 in the fishing village of Datu Plang in the Cotabato area of the Mindanao region of the Southern Philippines. He was raised in a traditional musical upbringing in a culture steeped in maguindanao tribal traditions. As he told the NEA when he received an NEA National Heritage Fellowship: “If you were born in my village you’d hear no Western music, just traditional music. And the music was everywhere and for everyone—not just for entertainment, but also as an accompaniment to rituals and ceremonies. I learned the music through exposure, through listening.”

Kalanduyan learned the music as a child at his mother’s side. He learned to play the kulintang, the gong and drum ensemble indigenous to the Sulu and Mindanao islands in the Southern Philippines and northern Borneo. Kulintang literally translated means “golden sound moving” and it is a row of brass and bronze gongs graduated in pitch and hit with two sticks of soft wood. Related to the Indonesian gamelan, it was thought to have come from China in the third century. Today, it is rooted exclusively in the Muslim cultures of Mindanao and Maguindanao.

The young Kaladuyan learned all the instruments in the ensemble under the tutelage of his grandmother, father, uncles, and cousins. He became so proficient that he won islandwide competitions and was recognized as a master musician.

In 1971 he toured the Far East with the Darangan Cultural Troupe. Dr. Robert Garfias is recognized as one of the pioneers in the study of ethnic music and culture now referred to as the field of ethnomusicology. He helped start the department at the University of Washington and he was actively looking for master musicians of ethnic traditions who he could bring on campus to teach and perform. In 1976, he used a Rockefeller grant to bring Kalanduyan to the University of Washington as an artist-in-residency. He formed a local kulintang ensemble comprised of students and went on to complete a masters degree in ethnomusicology. Word quickly spread up and down the West Coast about this master musician and in 1984, he was invited to the Bay Area where he became the musical director of the Kalilang Kulintang Arts of San Francisco. The kulintang had mass appeal among young Filipino Americans because its pre-colonial, pre-Hispanic, pre-Muslim roots made it seem somehow more authentic as an indigenous music of the Philippines. Just as the taiko tradition drew young Japanese Americans, the kulintang served as a cultural icon for pan-Filipino American identity.

Kalanduyan was a musical pioneer who through his teaching and performing, brought a unique musical tradition to America. Hopefully now that he has planted a seed, the tradition will grow and prosper in foreign soil encouraged by his many colleagues and students. A memorial fund for Danongan Kalanduyan has been set up to help his family with funeral expenses. Go to www.gofundme.com/dannykalanduyan if you wish to help. A two-day memorial to celebrate and honor his life and contributions was held on November 5 and 6 at Bayanihan Community Center in San Francisco. Below you will find remembrances by his former Seattle students, Bob Antolin and Robert Kikuchi-Yngojo, who originally invited him to the Bay Area to teach workshops and lead a kulintang ensemble. Information for this article was taken from a National Endowment for the Arts newsletter and an article on Inquierer.net by Wilfred Galila for which I give my thanks. 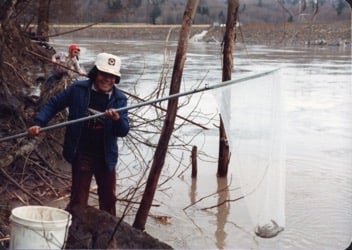 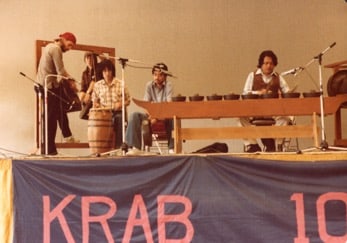 Danny Kalanduyan was a kind and caring friend