Forty years ago, the Khmer Rouge overthrew the government of Cambodia leaving in its wake the deaths of two million people. With an agenda to revert the country back to an agrarian society, they killed those they considered elitists—teachers, journalists, doctors, and anyone who was educated. Brutally torturing and maiming civilians, they sent them to reeducation camps where they were forced to toil as unpaid and, most times, unfed laborers.

In 1984, Hollywood released The Killing Fields, the true story of photojournalist Dith Pran who helped an American reporter escape during the last days before Cambodia fell to the communists. Unbelievably, the actor chosen to play Pran had never acted before and, even more remarkably, went on to win an Oscar for his portrayal. The actor, Haing S. Ngor, it turned out, had been a doctor before the Pol Pot regime takeover that killed most of his family. Tragically, Dr. Ngor was murdered in Los Angeles 12 years after the movie made him famous.

Filmmaker Arthur Dong’s documentary, The Killing Fields of Dr. Haing S. Ngor, follows Dr. Ngor’s incredible story from the killing fields of Cambodia to the red carpets of Hollywood, revealing a charismatic man and purposeful survivor. On the eve of the film’s screening at the Seattle International Film Festival, the International Examiner discussed it with Dong.

International Examiner: What exactly compelled you to tackle this project?

Arthur Dong: In 2010, I read an article on the Khmer Rouge Tribunal in Phnom Penh that reported on a testimony by “Duch” Kaing Guek Eav (director of the notorious S-21 Tuol Sleng Interrogation Center) where he claimed that Pol Pot assassinated Dr. Ngor because he appeared in The Killing Fields. Duch’s accusation refuted the conviction of three Chinatown gang members who were sentenced for murdering Ngor during a botched robbery. Intrigued, I then read Ngor’s autobiography and was engrossed by how he contextualized the emotional arc of his own life story within Cambodia’s contemporary history. I realized how little I knew about not only Ngor’s personal journey, but also the geo-political predicaments that resulted in one of the worst mass murders of our time. Working on this film gave me an opportunity to delve into these parallel stories.

IE: Dr. Ngor’s life story—from being a doctor to being tortured by the Khmer Rouge to winning an Academy Award—is so amazing. What’s the most intriguing thing you discovered about him while making this film?

Dong: Whenever I hear about the extraordinary measures a person goes through in order to survive, I often wonder where s/he gets the strength to persevere. In Dr. Ngor’s case, it was the love for his wife Huoy, who died in Khmer Rouge labor camps while giving birth to their child. I was struck by Ngor’s devotion and, on a basic gut level, I constructed this film as a love story.

IE: Describe techniques you used to recreate a story without access to a lot of archival footage.

Dong: We located rare footage shot by the Khmer Rouge that was restored by the Bophana Audio Visual Center in Phnom Penh. Also, Dr. Ngor kept a vast amount of material that chronicled his life in America, and we dug up 25-year old VHS tapes of his interviews and speeches. For scenes of Ngor’s early years in Cambodia and under captivity, where no footage existed, I worked with a team of animators who took scripted scenes and transformed the written word into visual life.

IE: What were some other challenges you faced in making this film?

Dong: My notion was to have Dr. Ngor in the same room with me, telling me his story in the first person. I spent several months deconstructing his 500+ page autobiography, culling passages to create a narration. Dr. Ngor was murdered in 1996, but I wanted to continue featuring his “voice” for present-day sequences; sad to say, much of his analyses about Cambodia’s struggles still ring true today and I was able to conclude the film with his words. To read his narration, I recorded his nephew Wayne Ngor, who’s a genocide survivor … and a NYPD detective. His reading brought a level of direct authenticity not possible with a professional actor.

IE: After this very heavy project, will you try for something a little lighter next?

Dong: Actually, I worked on another project simultaneously with this one. It’s the continuation of my fascination with Chinatown nightclubs that started with the production of my 1989 documentary, Forbidden City, USA. While making The Killing Fields of Dr. Haing S. Ngor, I also curated an exhibition of my Chinese American nightclub ephemera collection at the San Francisco Public Library, as well as published a book on the topic. We’re preparing now for a second printing—and, this time in hardcover due to popular demand. Working on both projects kept me balanced. 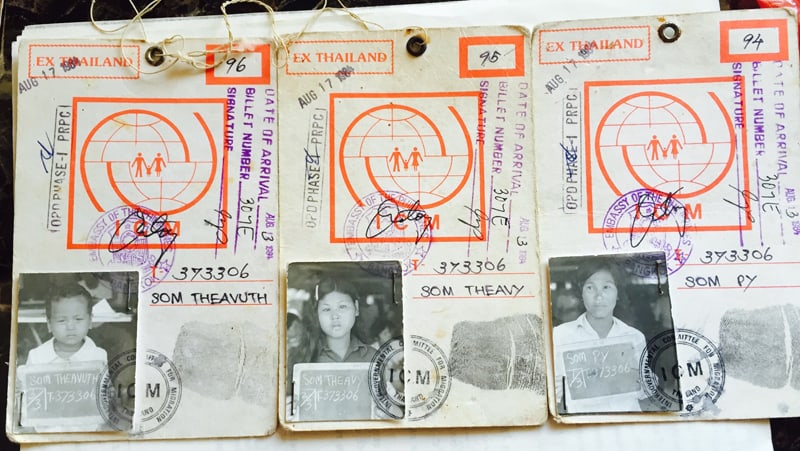 40 years after the Killing Fields, deep issues remain for Cambodian-Americans