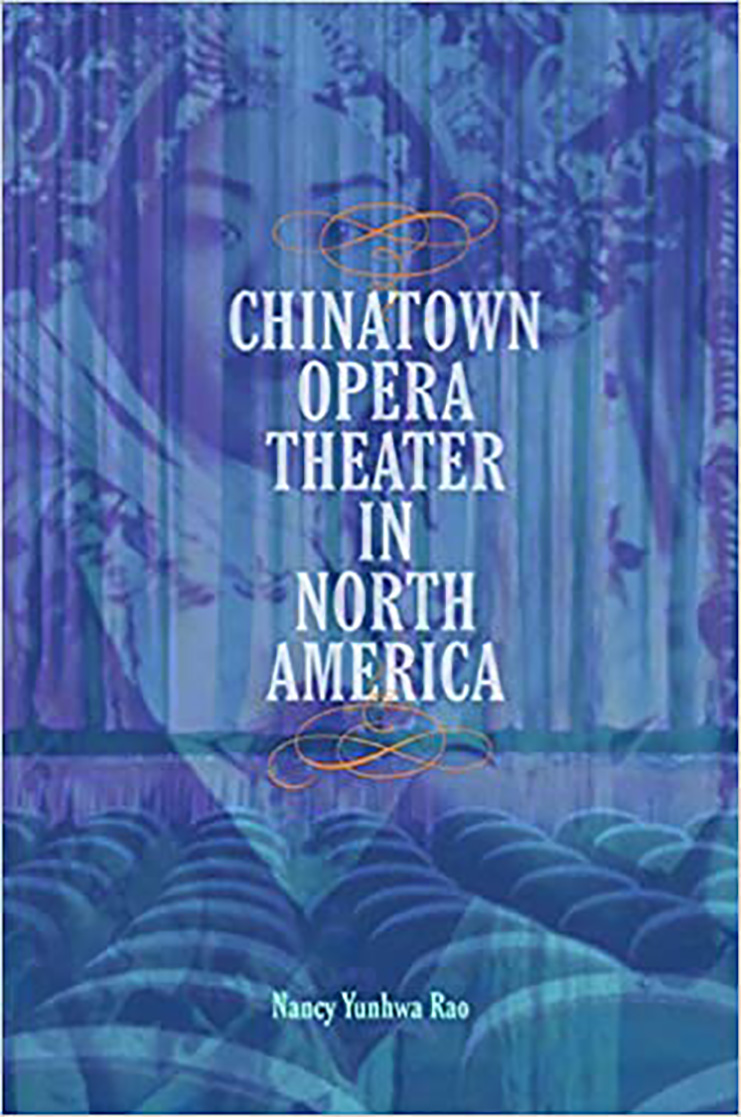 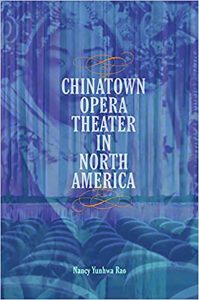 Although its history has nearly turned into dust, Chinese opera not only once captured the soul of the Chinese community in America, but also the attention and hearts of mainstream America in cities where it was performed by multiple traveling companies as early as the 1850’s until the 1930’s. More than entertainment, it unified and gave identity to the community, and performances were a touchstone for the young and old, rich and poor, and American and Chinese born.

At its peak, multiple competing opera companies crisscrossed the United States, Canada, Mexico and the Caribbean, in both large and small cities, wherever a Chinese community existed. So popular were the performances that they were presented daily, often twice daily on weekends, for weeks on end. Audiences packed large dedicated theaters before the company travelled to the next venue.

Few know this story, but now more will be able to, thanks to Nancy Yunhwa Rao’s Chinatown Opera Theater in America. There is no one better qualified than Rao to share this history. Not only is she a recognized expert and scholar on the topic, but also she is an able narrator whose expertise rarely interferes with the well-told story. Her musical skills, her facility in Chinese and English, and her absolute passion for the topic add up to a book that is detailed, historically sound, and entertaining – a rare thing for a book that is largely academic.

For all of the thousands of performances that once presented, scant traces of their existence remains today, its glorious history all but forgotten. Nancy Yunhwa Rao has turned the remaining fragments of tattered playbill announcements, photos saved from the trash heap, newspaper articles and smallest of bits into a compelling story. Although her skills as a historian are impressive, it is her story-telling ones that make the book appealing to a broad audience.

In the book’s introduction, Rao tells readers what an old and tattered scrap of paper with a copied opera lyrics once told her; the scribbling on an old opera playbill whose dog-eared edges speak of years of cherished love from the owner who probably carried it in his wallet. So impressive is this narration, few readers will be able to stop themselves from continuing well beyond these first pages.

But beyond storytelling, what sustains this book’s interest is multifaceted content of Chinatown Opera Theater, which covers a wide range of topics. Instead of a single continuous narrative, Rao’s book is actually a collection of several nearly independent subsections. Although each has its own interest, not every reader will find them equally appealing, but generally there is enough overall content to make the sum a satisfying read.

What gives this book widest appeal is how it ties the rising popularity and success of opera performances in America with social changes and with the rising influence of the Chinese community. As good as some of the musical and dramatic descriptions are, ironically, it is here that Rao is at her best.

These opera performances were grand spectacles, and such spectacles required money and navigating around the rules that were stacked against the Chinese. It took political clout to fight the overly strict immigration laws and impresarios brokered deals to bring overseas actors whose audience-drawing power were essential for success. Without this newly minted Chinese business class, it would have been impossible to acquire lawyers and allies in the white community and to acquire the funds for the massive productions.

In spite of many remarkable revelations in Chinatown Opera Theater, there are shortcomings due to the book’s need to fulfill its scholarly demands.  In its very impressive coverage of the social, artistic, and historic aspects of Chinese opera in America, some episodes can be lengthy except for the most dedicated readers.  This is the case with ones that describe the once transfixing opera superstars, who are never fully revived despite many pages devoted to them in the book. While some sparks fly in describing them, few embers fully ignite the  brilliance of their stardom.

Similarly, the electrifying experience that audiences once experienced is never fully recreated, but this is common in books about live performances. Ironically, it is only because Rao is so effective in creating such a longing for past performances, that this shortcoming is especially obvious and suggests that this wall of the past may be too impenetrable.