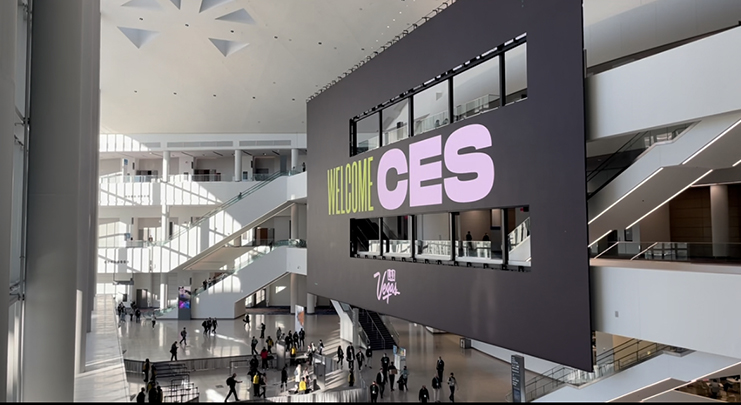 On January 5-8, 2022, the Consumer Electronics Show (CES) was held in Las Vegas, Nevada to celebrate the latest and greatest in technology.

The world’s largest electronic appliance trade show is significantly smaller this year due to concerns over the rapid spread of the Omicron COVID-19 variant. Around 45,000 people attended CES 2021 compared to over 170,000 who came for its last in-person event in January of 2020. The trade show was held virtually in 2021.

There were extra safety measures put in place at this latest convention (mask wearing and proof of COVID vaccines were mandated by attendees), but a number of key tech firms and CES regulars, including western Washington-based Amazon and Microsoft, opted not to have a physical presence and conducted virtual meetings and presentations instead. Despite that, there was still a visible international footprint at CES this year, including those from Asia.

One of these companies is Vinfast, an emerging global smart car manufacturer from Vietnam which made a debut at CES this year.  The company, with its newly opened U.S. headquarters in Los Angeles, announced at CES that the company will become an all-electric vehicle manufacturer by later this year. Vinfast USA CEO, Van Anh Nguyen, told the International Examiner, it’s crucial for Asian companies looking to expand, not just in the U.S. but globally, to make a splash at a place like CES.

On the convention floor, there were attendees and exhibitors representing a number of Asian countries from Hong Kong to Mainland China to South Korea. One business based in Seoul called LuluLab has been a mainstay at CES in recent years and won the convention’s Innovation Award three years in a row. The AI beauty tech start-up specializes in providing tailored service based on skin data. A worker at the LuluLab booth told us that CES is the place to meet potential partners and investors from around the world. The smaller convention may end up proving to be an advantage for some companies with more opportunities to get the attention of their target audience. According to the Consumer Technology Association (CTA), the trade group that puts on CES, 30 percent of the attendees this year were International, traveling to Las Vegas from close to 200 countries.

While many tech companies and enthusiasts aren’t able to make it to Las Vegas this year, it doesn’t mean they are not keeping up with the latest technology to unveil at this year’s event. One of them is Will Yen, a sound designer and engineer, based in Seattle who describes himself as a “lover of all things tech.” A native of Taiwan, he said it’s exciting to see how far Asia has come paving a path as a leader in the tech world.

“I think we are being noticed in the tech world,” said Yen. “I have seen plenty of Taiwanese tech come out in the last few years. It’s always good to see Asian brands leading the change in innovation. I am super excited about electric vehicles and photo-realistic graphics with VR. I can’t wait to see more in the coming years.”

During the height of the pandemic, The CTA addressed the issue of diversity and inclusion as part of the campaign to #StopAsianhate. In a CES blog, Brian Moon, CTA’s Vice President of Sales and Business said in part, “As an Asian American, I am proud to be part of an industry that is inclusive of all backgrounds. It is encouraging to see the growing number of international companies participating in CES and recognizing that many of the tech and innovations featured in CES year after year originate from companies in Asia. Tech sees no color.”