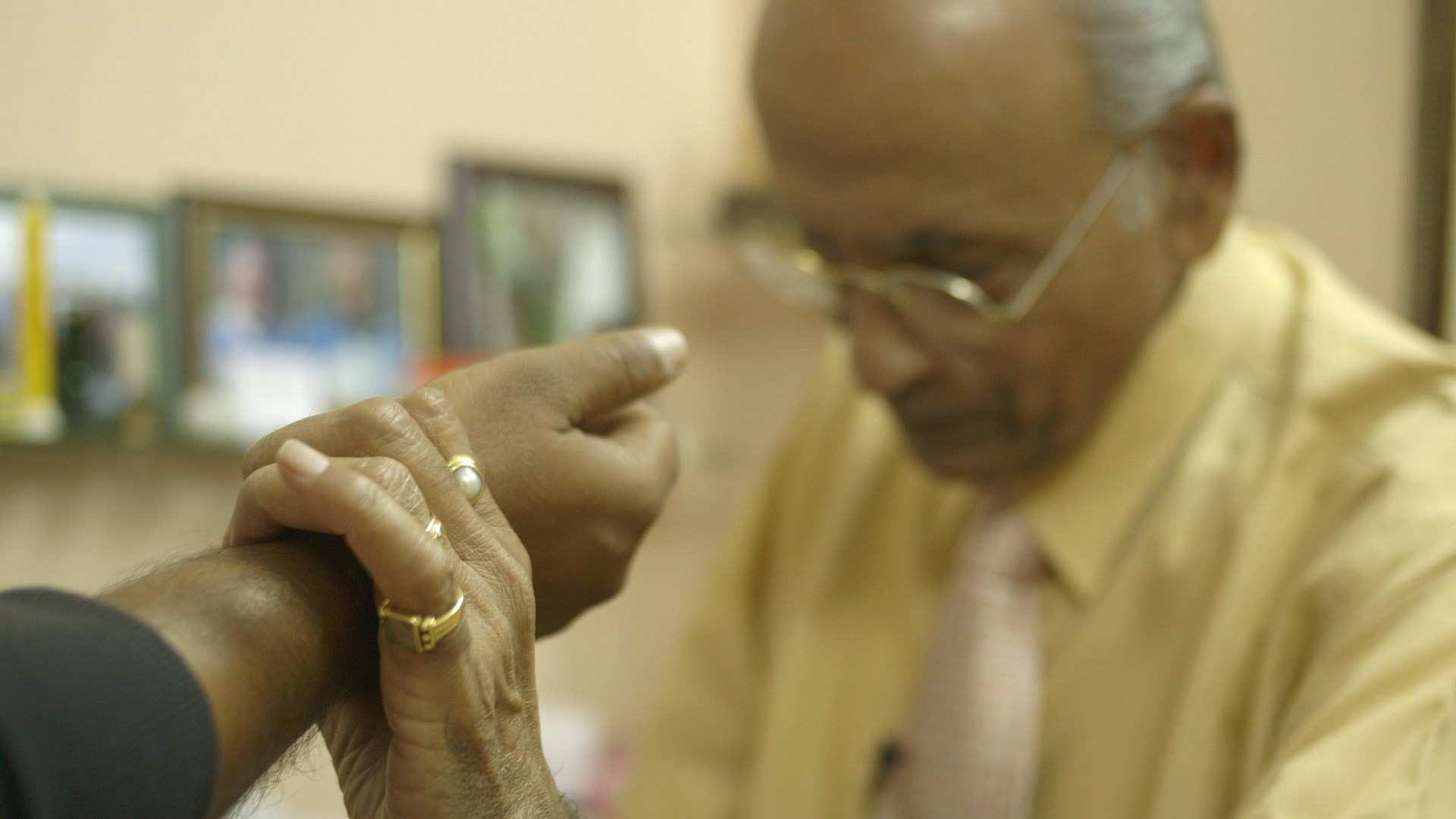 Septuagenarian Dr. Vasant Lad, one of the world’s leading experts in Ayurveda, a traditional form of medicine, hasn’t let age slow him down one bit. Lanky, bespectacled and speaking in evenly measured tones, his practice hasn’t changed much over the decades; rather public opinion and reception to it has. Jeremy Frindel’s documentary, The Doctor From India, follows Dr. Lad’s journey from relative obscurity to global renown after introducing Ayurveda to the west in the late 1970s.

Coming from a modest upbringing in Pune, India, Dr. Lad discusses how as a young man he narrowly missed the high test score threshold for entrance to medical school. Despondent and unsure of his next steps, his father suggested pursuing an education and career in Ayurveda. (Pune is home to a college dedicated to the practice). Fast forward to the 21st century, and the doctor now spends about half the year lecturing abroad, while maintaining the Ayurvedic Institute in Albuquerque, New Mexico, and also taking trips back to Pune.

The film, though engaging and easy to digest, could have benefitted from including more background and context for Ayurveda. Essentially, the practice focuses on reading the body’s pulse – there’s an almost shamanistic quality to the way Dr. Lad grips patients’ wrists, as though his entire body is listening to the faint throbbing that his fingertips detect.

As a Westerner living in a time of hyperawareness of whitewashing and cultural appropriation, The Doctor From India seems almost deliberately tame. Watching Dr. Lad treat disadvantaged locals in Pune who undoubtedly don’t have access to healthcare is inspiring and makes sense; the roomfuls of enraptured white hippies who probably paid an arm and a leg to get to India and observe the doctor at work less so. Aside from Dr. Lad, most of the other featured experts are Caucasian, and thus a more accurate tagline for the film might be one man’s journey bringing an ancient Indian healing practice to privileged white people.

Westerners have been romanticizing and latching onto ideas and practices that other cultures have been practicing since antiquity before Elizabeth Gilbert’s Eat Pray Love made it a point of social commentary, but the documentary’s evasion of the issue is frustrating. Whether or not one believes in the legitimacy of Ayurveda as a medical practice, Dr. Lad’s magnetism as a benevolent scholar is undeniable. And in times like these maybe all one really needs is a person to put one’s faith in.

The Doctor From India plays at the Northwest Film Forum June 6-10.