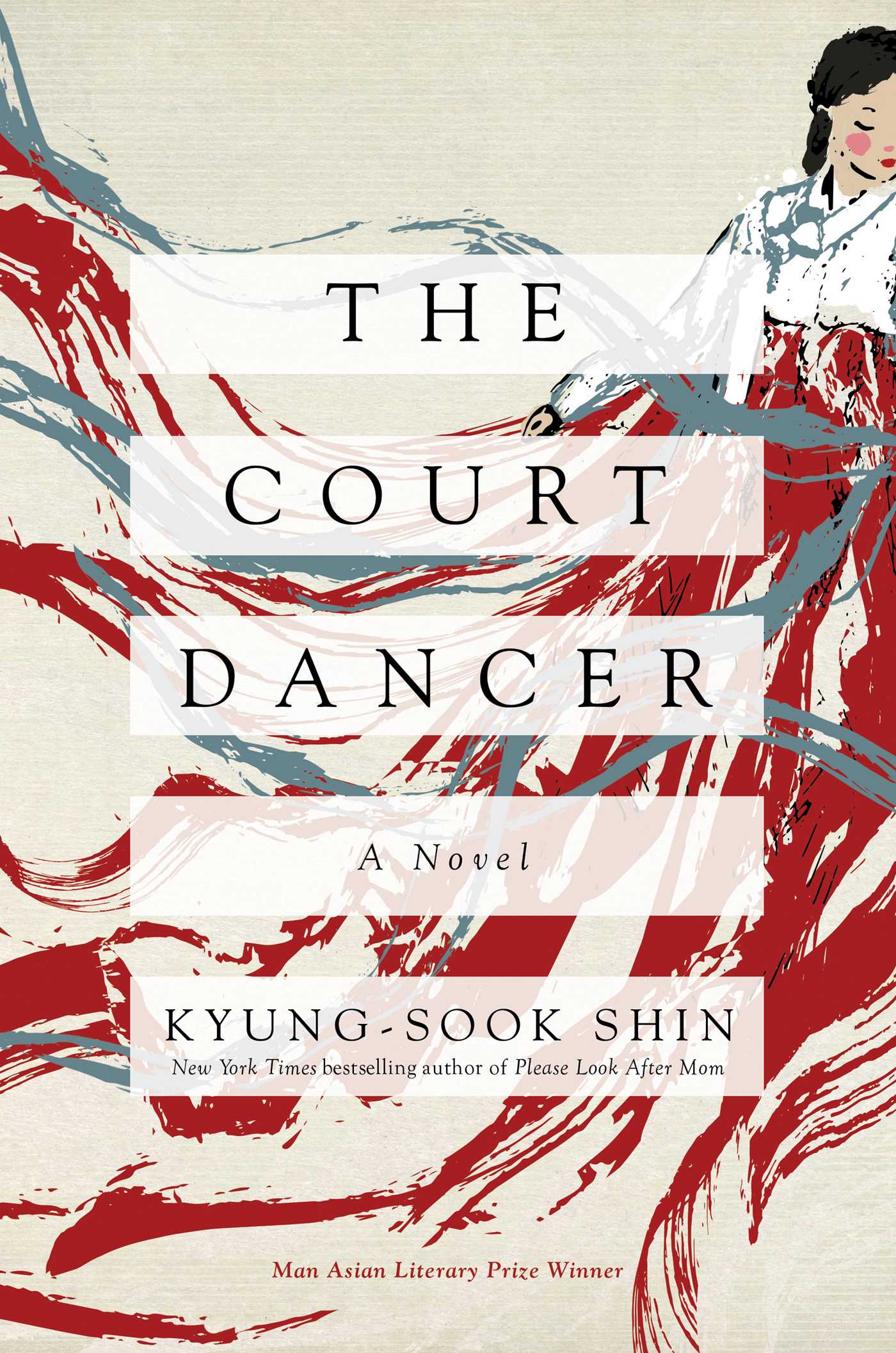 Based on the true story of a court lady and the French diplomat who fell in love with her, Kyung-Sook Shin’s new novel The Court Dancer (translated by J. B. Anton Hur) gives an intimate view into the subtleties of the fabled Joseon court and of the human heart. At the center of this evocative story, rich in historical detail, is Yi Jin, an orphan who through a combination of luck and talent catches the eye of the Empress. Shin’s story, set at the end of the 19th century, takes place at a tumultuous time in the kingdom’s history – Joseon is being inundated with foreign powers looking to secure a foothold in the strategically placed “hermit kingdom”. Through happenstance, Jin eventually finds herself in the middle of this tension between old and new, East and West.

After losing her parents at a young age, Jin is raised by a kindly neighbor, simply referred to as “the woman Suh”, who also takes in a mute, musically-gifted young boy, and the French Catholic missionary Father Blanc, from whom Jin learns her first words of French. Though an orphan, her early life is one of warmth with her pseudo-family. Recognized for her beauty and precocious intelligence, Jin is taken to court by the woman Suh’s sister where she is first noticed by and taken under the wing of the Empress.

Inside the court, Jin’s talent is nurtured such that eventually she becomes one of the most esteemed court dancers in the kingdom. But though her skill wins her the favor of the Empress, it is also what sends her far away.

Sealing Jin’s fate is Victor Collin de Plancy, the newly arrived French diplomat who, upon seeing Jin perform the Dance of the Spring Oriole at a banquet for foreign legates, is utterly bewitched. In an audacious breach of protocol, the young diplomat confesses his infatuation with the court dancer to the Emperor and requests her hand in marriage. Thus, it is decided that Jin will leave the court and her home and travel a world away to Paris to begin a new life as Victor’s wife.

In Belle Époque Paris, Jin lives a relatively free and independent life. She is tutored in the history and culture of France, gains mastery of its language, and becomes a fixture of the Parisian salon scene. But in the city of lights, her heart begins to draw dark: “Jin knew that she herself was also a spectacle for the Parisians. That wherever she went, all eyes fixed on here. Jin was used to being the center of attention since she began the art of Korean dance. But while the gazes of her audiences were tinged with awe, the gazes of the Parisians were only curious. And it was through their curious gazes that Jin understood she would never become truly Parisian”.

Adding to her discontent is her disapproval of Victor’s penchant for collecting wares of the East – books, Celadon, Buddhas, lacquerware. She laments the presence of Korean books – plundered during a French military expedition in Korea – that are kept in France’s national library. “‘Those books were not printed into many copies as books are here. They are each unique. What use are Korean documents and books to France? They’re plunder to you but living knowledge to us,’” she exclaims to Victor. Like the stolen books, Jin feels her presence in the country to be tenuous. In the midst of a heated exchange, Jin accuses to her husband, “‘People here look at me like they look at the things you’ve collected, Victor”.

Throughout her life, Jin is forced to negotiate contradictions: she is at once a woman of the court and an orphan with a family in the outside world, a Korean lady fluent in the language and culture of France, a servant to the Empress (and thereby a possession of the Emperor) and a wife to Victor. In trying to be all of these things, she finds that she can be none. It is this inner plight that eventually leads her to take control of her life.

And so Jin returns to Joseon a Western woman with a Korean soul. As Jin struggles to find her place in the world, she must wrestle with questions of love, loyalty, and identity. Her remarkable journey is one not to be missed.