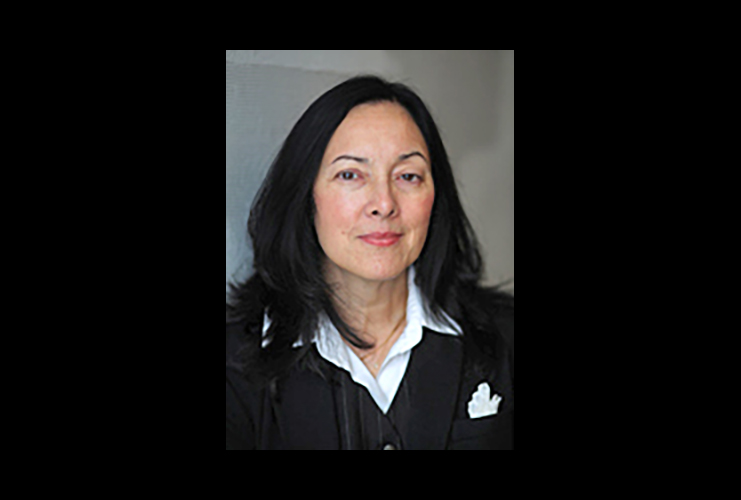 (This piece first published by the Northwest Asian Weekly in print and online on Aug. 4, 2022 and is republished with permission).

The Chinatown-International District (CID) is facing one of the most potentially (and likely) devastating urban planning disasters with the four light rail alignments that are proposed with the Sound Transit 3 (ST3) expansion. At a July 28 Sound Transit meeting, their announcement of a preferred alignment was temporarily tabled until early 2023 pending further study and to “fully understand [the] concerns” of the community. It is not a decision that can be made as a straightforward land use equation of how each of these alignments can be technically built, nor should it be. The decision affects a neighborhood of people whose lives, generational family histories, and livelihoods are deeply embedded and vested in the buildings and geography of this part of the city that is their “home.” The CID is NOT simply a Seattle neighborhood. It is what remains of a once significantly larger pan-Asian and multiethnic core of the south downtown.

For over 160 years, Seattle’s Asian American community has been coerced, pushed out, forced to relocate, and had its land holdings reduced through policy decisions that have combined economic development interests with environmental racism. The history of projects that have been built on land occupied by Asian Americans shows us that the neighborhood has suffered and been diminished from the effects of redevelopment and transportation projects. Living in the CID is not a matter of ethnic resilience on the part of business owners and residents, as has been romantically touted in popular literature, but rather it is a real and continual struggle that is done with considerable effort to maneuver through a gauntlet of years of collateral damage from urban planning decisions.

This list of damaging projects to Seattle’s Asian American core is considerable and condensed in this commentary, but it includes construction of the N-P train tunnel (1904, that razed much of the first location of Chinese and Japanese homes and businesses), construction of Union Station (1910-11, that removed Chinese and Japanese homes and businesses in a building now occupied by Sound Transit), the Jackson/12th/Dearborn Street Regrades (1907-09, that relocated or removed Chinese and Japanese homes, churches, and businesses), the 2nd Avenue Extension (1926-28, that devastated what was left of the first Chinatown buildings), construction of the first Yesler Terrace (1939-41, that removed the homes of 127 Japanese families, five Chinese families, and 20 married and single Filipino residents as part of the 22-acre redevelopment), selection of the route for I-5 (1957-63, that cut a wide abyss of land separating the neighborhood and removing hotels/homes and businesses), construction of the Kingdome (1972-76, which posed a threat to the businesses and disruption of traffic and parking in the CID), the Ozark Hotel Ordinance (1970-77, that closed the majority of residential hotels and, in combination with the I-5 project, led to over 3,000 low-income housing units being lost in the CID), upzoning Japantown (2011, that increased the value of land for redevelopment), the construction of the First Hill Streetcar (2008-16, that was two years late in opening with Jackson Street businesses losing 30-50% of their revenue and social service organizations losing 70% of patrons needing their services), and HALA and the Mandatory Housing Affordability Act (2014-17, as a tandem adoption that upzoned the majority of the neighborhood outside the historically designated neighborhood core).

Redevelopment and displacement are ongoing, with much higher market rate rents that are creating an impetus for gentrification. The aforementioned events were all local decisions and don’t begin to address egregious federal discriminatory actions and policies against Asian Americans, such as a series of Chinese Exclusion laws (1882, 1884, 1892, 1902), the Immigration Act of 1924, the unlawful incarceration of Japanese Americans through the Executive Order 9066 during WWII (1942-45), and the Tydings-McDuffie Act (1934) that reclassified Filipino Americans from U.S. nationals to aliens.

One need only investigate the ramifications of any one of these historic actions to see the damage that has been done to the neighborhood’s people. Each of these projects took much longer than any of their respective projected estimates for completion and the swath of destruction was much larger than predicted. In all of these historic actions, and with the ST3 proposal now, we are presented with the fallacy that community businesses or residents will return after the project’s completion. It hasn’t happened and it will not happen, particularly when one is talking about a projected 10-year absence. Common sense tells us that those displaced businesses will not remain in a decade of limbo awaiting a return to be “somewhere” in the neighborhood. The DEIS includes residential units that will be closed for occupancy during construction, but not those that will be “affected.” The narrative should, at a minimum, include the 349 units of rental homes in the CID that are adjacent to the alignments, and those families that will be enduring dust and noise pollution along with construction disruption. It is doubtful that residents will willingly endure this for over a decade.

What is most shocking and ironic is that some of the historic projects have happened after the city’s adoption of the Racial Equity Toolkit (RET) in2009 that was intended to bring social justice to and a voice for neighborhoods that historically had not been given fair representation in urban decisions. Sound Transit is charged to include this element in the DEIS, and they have acknowledged it, but there is nothing that shows that RET was included in a thoughtful and careful application in route selection. Conducting meetings to tell the community what will happen is a far cry from listening and working with the community’s participation. In the 1960s, activists and planners had already adopted the importance of “self-determination,” which meant that the community was an integral active participant in making decisions regarding their own future. Contemporary urban planning must acknowledge and act with this as the beginning premise since it is a fact that no one knows a neighborhood as well as the people who live and work there.

Chinatowns all across the United States are the neighborhoods that are seeing the most gentrification, redevelopment, and highest percentage increase of escalating rents in American cities. These Asian American communities are also losing the quality of what it is to be a “living” neighborhood of residents and businesses that are integrally woven with the community’s Asian American heritage, and with supportive social service agencies that act as a welcoming place for new immigrants. Seattle still has these, and it is worth making a stand to keep them rather than run the risk of losing the entire neighborhood, as has happened to Portland, Oregon’s historic Old Town/Chinatown downtown neighborhood.

With Chinese American businesses that were once interspersed over 70 city blocks in the largest geographic Chinatown in the United States, Portland’s core Chinese neighborhood fell prey to a relentless flurry of redevelopment projects. One such project was a streetscape plan that was endorsed in 2001, with construction that began in March 2005 and completion at the end of September 2006. It was an improved transportation corridor project to help link the downtown business district and was a major capital investment that would help revitalize the neighborhood. Sound familiar? The revitalization plan included a festival marketplace street with Chinese windmill palm trees and 125 new street trees in what was already a severely diminished and damaged Chinatown of 10 blocks with a few scattered Asian American urban remnants. Conversational blogs noted that the saving of Chinatown was being done, but unfortunately at the expense of the Chinese. As the project progressed, businesses closed due to pedestrian and vehicle access problems, the bleakness of the redevelopment period, and the loss of patronage.

By 2017, newspaper accounts noted that most of Portland’s Chinese businesses had moved to the new “Jade District” located about seven miles from the downtown core. The Hung Far Low restaurant had moved there in 2005 after being in Chinatown for 77 years, citing urban renewal and construction disruption as reasons for leaving. In January 2018, the House of Louie restaurant in Portland’s historic Chinatown closed after 30 years of operation. It was the last dim sum restaurant remaining in the small Chinatown that used to contain a dozen Chinese restaurants. Potential developers were expressing interest in the prime real estate and a few boutique businesses have moved into the Japantown/Chinatown Historic District. The remains of Portland’s Chinatown include the Oregon Chinese Consolidated Benevolent Association building (1911), Lan Su Chinese Garden (2000), and the Chinese Museum (2018). The Chinatown gateway (1986) marks the entrance to these and the ghosts of what was once a vibrant community of Asian American businesses, homes, and social organizations.

When this redevelopment project was finished, 20 bronze plaques were placed in the newly poured sidewalks with each displaying different Chinese plants and historical information about what was once in the Portland Chinatown neighborhood. Each plaque is a lovely piece of urban art. But the markers also serve as eerie reminders of the community cost that is paid for decades of bad urban planning decisions as these plaques lay like headstones in a graveyard.