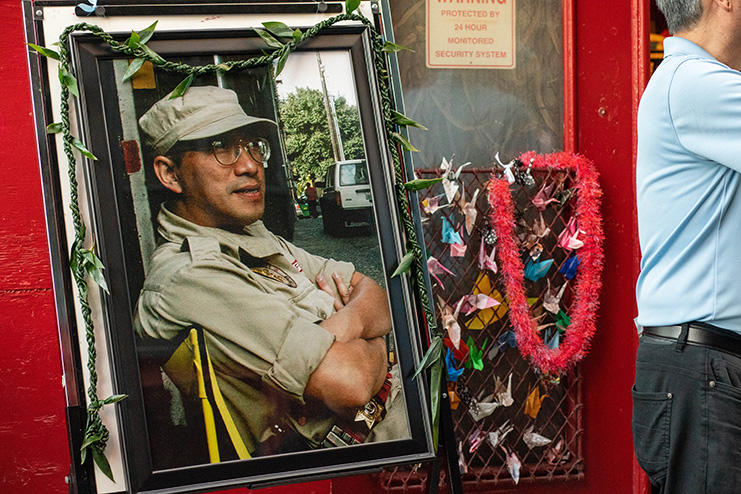 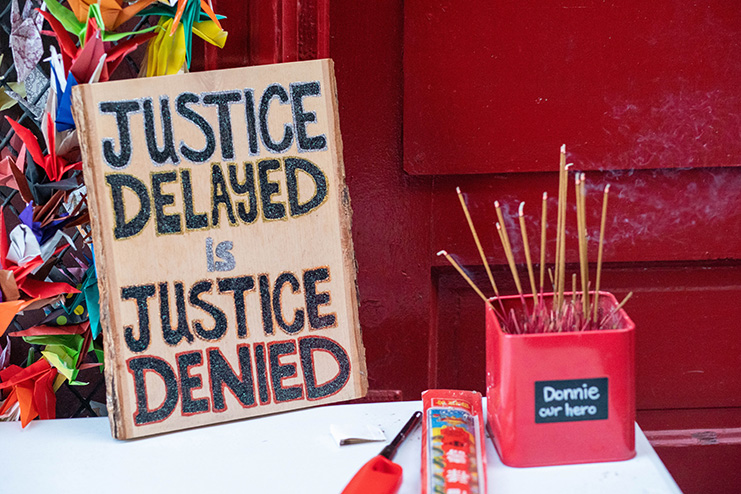 On Tuesday, July 23, 2019 the Chin family, International District Emergency Center (IDEC), and the Wing Luke Museum of the Asian American Experience (The Wing) hosted a vigil to remember the life and death of Donnie Chin, community hero in Chinatown-ID.

In a historically neglected neighborhood, Chin brought a sense of safety and stability. People were accustomed to seeing him run by in his khaki uniform and first aid kit. Chin saved hundreds of lives over his decades of service and was usually the first person residents and business owners called when they needed help.

Donnie Chin was killed suddenly in the early hours of the morning on July 23, 2015 by gunfire between two rival gangs. His death came as a shock to the community, triggering grief and anger over the City’s neglect.  Immediately following Chin’s murder, the Seattle Police Department (SPD) announced that it would make the investigation a top priority. SPD officials also expressed confidence that they would be able to identify and apprehend the individual (or individuals) responsible.

Four years after Chin’s murder, the case remains unsolved. The longer the investigation remains open, the more the community fears that justice for Donnie will never become a reality.

The vigil will provided an opportunity for community members to gather and remember Chin, to mourn, and share their stories.