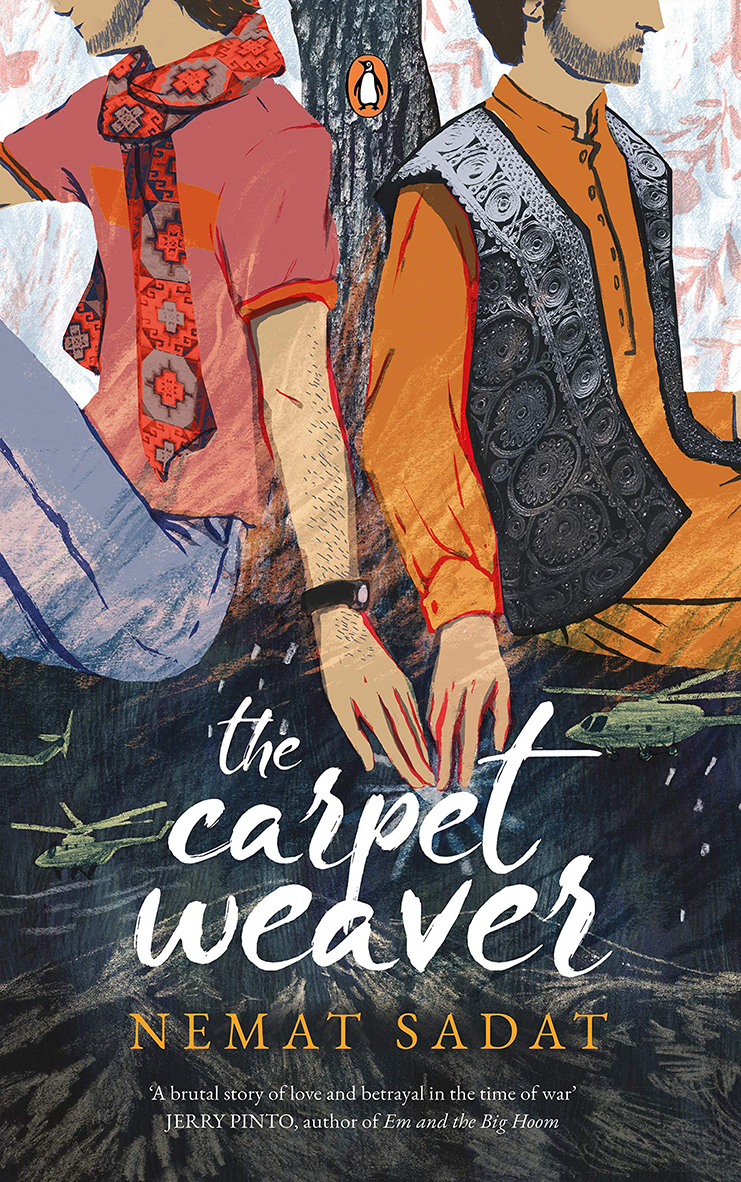 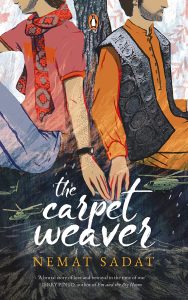 Nemat Sadat, a U.S.-based Afghan activist and journalist, writes a complex debut novel, The Carpet Weaver, which traces the coming of age of a gay young man, Kanishka Nurzada, in the late 1970s in Kabul. The novel is the first one to explore the intersections of homosexuality, Islam, Afghan culture, and political upheaval in Afghanistan. For most contemporary American readers, Afghanistan remains defined as a battleground in a post 9/11 world focused on a global war on terror. Alternatively, many know Khaled Hosseini’s Afghanistan from novels like The Kite Runner (2003). Sadat’s novel breaks apart our largely heteronormative and stereotypical notions of Afghanistan drawn from media reports and offers a different perspective on Afghanistan than Hosseini does.

Kanishka’s father is a carpet seller and they live a middle-class life in Kabul where the kids attend private school and Kanishka dreams of weaving beautiful carpets like the ones that come to his father’s store, Marco Polo carpets. The father also has a secret life as a Maoist political activist running an underground organization funded by Beijing. His political rivals include weak royalists, Soviet-backed Marxist parties, Islamists and CIA sponsored groups. Young Kanishka is only barely cognizant of the politics of his world and attends his father’s secret meetings in the bath houses – not to be initiated into politics, as his father imagines, but to admire naked men.

Kanishka knows he’s gay and fears the deeply entrenched hatred of kunis (homosexual men) in Afghani culture. He falls in love with Maihan, his best friend, while pretending to be interested in girls. In tender scenes of adolescent love, Sadat depicts the blossoming of Maihan and Kanishka’s relationship. However, they are also harassed by homophobes, threatened by anonymous letter writers, and in one horrific scene, sodomised by violent school mates.

As Maihan and Kanishka struggle with their love for each other, their world falls apart as the government is overthrown by a Soviet-backed regime. Kanishka’s father is arrested for his seditious activities, disappears into a prison, and never returns. Their friends and relatives begin fleeing the country and Maihan, whose family were CIA informants, find safe passage to California. Kanishka, his mother and sister, endure a traumatic journey with a trafficker to arrive in Pakistan only to find themselves imprisoned and engaged in forced labor as carpet makers. Amidst that brutality, Kanishka pursues his carpet weaving dreams and creates exquisite designs that bring his prison master big profits in the global market.

Through all his travails, Kanishka finds hope through his art, in his love for Maihan, and his belief that they would be reunited in the United States. Eventually, the family arrives in the U.S. and finds their feet with the help of an uncle.

Kanishka, however, does not find freedom. He has political freedom, a safer life, and a home for his mother and sister but he yearns for his mother’s acceptance and also to find Maihan. His mother, who had broken some rules by marrying a Sunni herself, is unable to accept her son’s sexuality. Like her late husband, she keeps stressing the need for her son to marry a good woman and bear grandchildren. The final third of the novel is less about the politics of race, migration and assimilation in the United States and more about Kanishka’s struggle to balance his love and obligation for his family and his desire to be truly free and express his sexual identity.

The novel is at its best when it writes of life in 1970s Kabul and depicts scenes of everyday life amongst upper class teenagers. The scenes come alive and the characters have depth and nuance. The section in the United States at the end reads superficially and there is less nuance to character development. The plot also hurries along to its conclusion about Kanishka and the choices he makes. With the novel concluding in 1983-84, in the Reagan era, its notion of gay freedom is a bit simplistic and Kanishka apparently experiences no homophobia in the larger American community.

Despite the weakness of the final chapters, this novel is worth reading for giving American readers a different view of Afghanistan and offering an Afghan perspective on queer life. This book is published in India but available through retailers like Amazon; one hopes that an American edition is forthcoming.