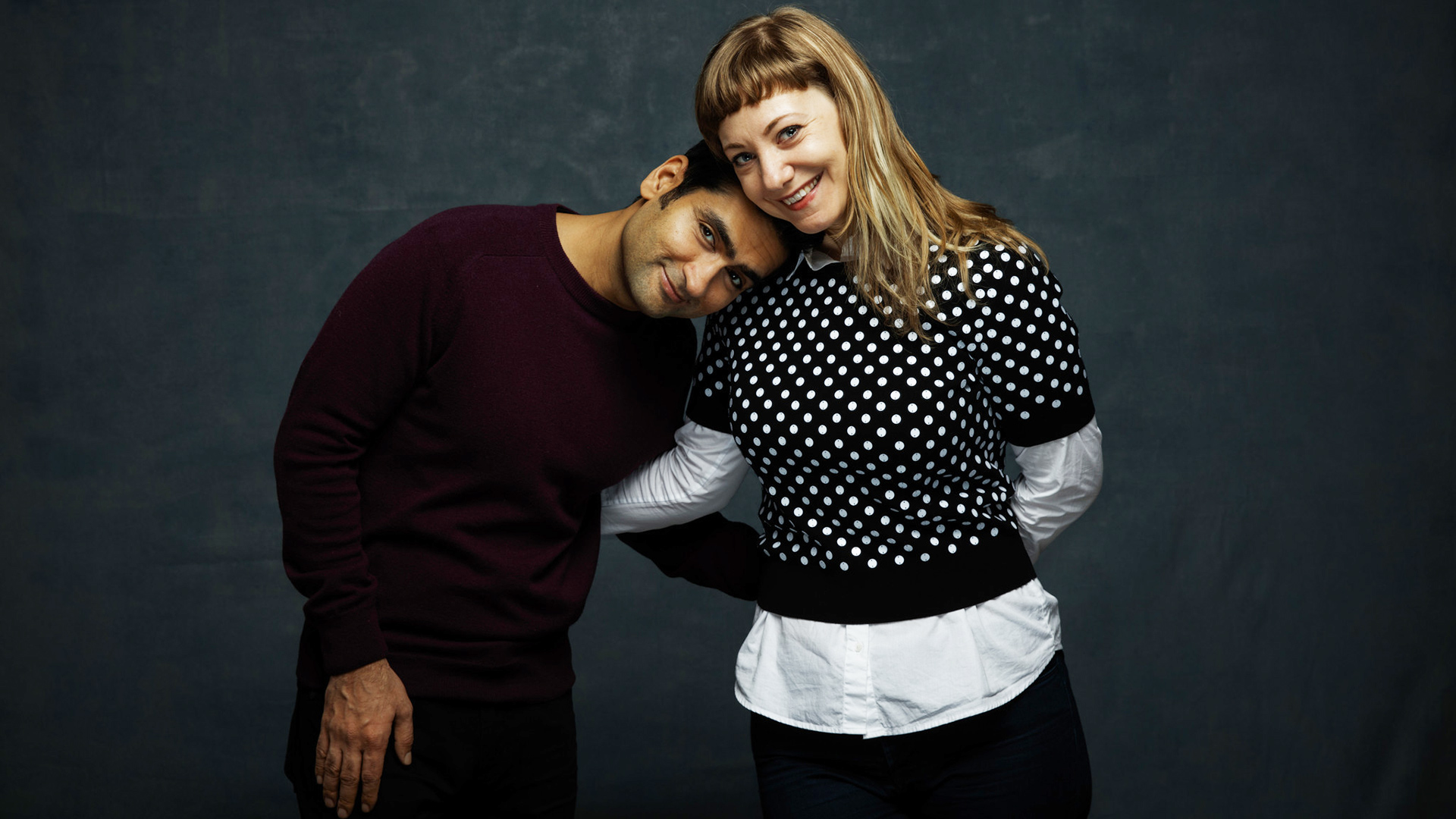 With a stacked cast featuring Kumail Nanjiani, Ray Romano, Holly Hunter and Zoe Kazan, The Big Sick is far more than the mere rom-com any log line or lazy media headline may suggest. Co-written by Nanjiani, who plays a slightly-fictionalized version of himself, and wife Emily V. Gordon, the film explores the early stages of their relationship; you know, Pakistani thirty-something and struggling comic meets cute, whip-smart Caucasian girl after a show, they fall for each other, but the pressure from his traditional, over-bearing parents creates insurmountable tension. They break up. She’s hospitalized for what starts out as the flu but leads to a medically-induced coma that the ex and her parents must cope with together in scenes that are alternately awkward, endearing, devastating, hilarious, and sometimes all four.

“It’s a rom-coma,” Gordon joked at a screening at Austin’s South By Southwest.

The Big Sick debuted at Sundance in early 2017 to widespread acclaim, leading to a record-breaking $12 million distribution deal with Amazon, and has been riding high on the festival circuit ever since. The plaudits are well-deserved, but for Nanjiani, who has only achieved mainstream success of late thanks to HBO’s Silicon Valley, and Gordon, who was a couples and family therapist before switching to writing and producing, bringing their story to the big screen has been years in the making.

“As specific as the story is, you could not make [it] up,” adds Gordon.

The decision to tell their story to audiences may have been easy, but writing and developing it was anything but.

“[Judd Apatow] really, really pushed us to keep writing and finding the truth and the really messy emotional stuff of it,” Nanjiani recalls. “It was really scary, but the fact that Judd had the confidence in us that we could do it gave us the confidence in ourselves.”

“We would meet with [Judd] every few months for years and he would give us notes—some of them were very harsh—and then we would go back and redo it and come back another few months later,” Gordon says.

The result is a masterful screenplay that is as sharp and witty as the real-life couple, yet also captures moments with stark poignance and clarity that in less capable hands might have been sappy or cheesy. Take, for example, a scene in which Kumail listens to old voice messages from Emily (Kazan) while she lays comatose in the hospital and the doctors have no idea what is wrong with her. Or later, after Emily wakes up, when she rebuffs Kumail’s attempt to articulate everything he went through emotionally while she was unconscious.

“There’s not one single scene of anyone trying to unplug Emily from the wall,”  Gordon proudly declares when the conversation moves toward achieving a balance in tone and avoiding cliche. “I was more concerned with making sure we kept coming back to the serious stuff, because I knew that everybody involved could do comedy. The harder stuff—not that comedy’s easy—but the harder stuff, emotionally, was digging into some of the uglier, grittier stuff that happens in the movie. So I had no doubt it would be funny; I wanted to make sure that it wasn’t just funny.”

If the script has a weak point, it’s probably the phone call Kumail receives from an unknown number (Emily’s friend informing him that she’s in the hospital), which fellow comic and friend Hannibal Buress hilariously pointed out during the post-gala screening Q&A in Austin.

“We needed a bridge to the second act,” Nanjiani exclaimed to laughter from the audience.

As integral as Kumail’s relationship with Emily and with her parents (smartly played by Romano and Hunter) are to the story, the film is also a personal journey for his character as he transitions from pretending to be the good, Muslim son that his parents want him to be (e.g. watching YouTube videos while he’s supposed to be praying) to figuring out his true self and aspirations, and ultimately telling them even though he risks alienation and disapproval. It’s a feeling and a process that many children, especially those of immigrants parents, can relate to.

“For a long time [my parents] wouldn’t talk about my work or my career at all, and now they do—they’re vocally proud of it,” says Nanjiani, who earned a degree in computer science prior to pursuing comedy. “Part of what this movie is about is when you grow up you have to learn another relationship with parents as peers, so that they’re not your parents anymore in a way—you have to learn how to have a relationship with them as an adult.”

The character Kumail’s family enjoys quite a bit of screen time, and not merely just to emphasize how much he tries to keep his worlds separate.

“Half of my family is now Muslim, so I’ve gotten to see, over the years, Muslims in a way that I think that most white people don’t get to see [them],” Gordon says.

“I thought it was really important for other white people to see that in a movie: to see people speaking Urdu in a [context] that isn’t planning a terrorist attack or just an episode of Homeland.”

Sadly and inevitably, The Big Sick wouldn’t be a faithful representation without including instances of racial slurs being hurled at Kumail, although he insists that, “We didn’t make this movie for the context that it’s coming out in.”

A particularly memorable scene occurs when Emily’s parents decide to watch one of Kumail’s sets, which gets interrupted by a drunken bro shouting something profane and racially charged. And while it’s obvious that Kumail would much rather keep going and pretend nothing has happened, Emily’s mother refuses to let it go. The scene escalates; hilarity ensues.

“It was happening so much … that I started writing lines to say when it would happen,” Nanjiani says.

“I would say it’s probably happened to me maybe seven times, but also I’ve been doing [comedy] for 15 years … so one [incident] every other year is not so bad.”

All jokes aside, The Big Sick weaves together a narrative of identity, family, love, and compassion without ever being heavy-handed or hackneyed; a real treat in the midst of blockbuster season.