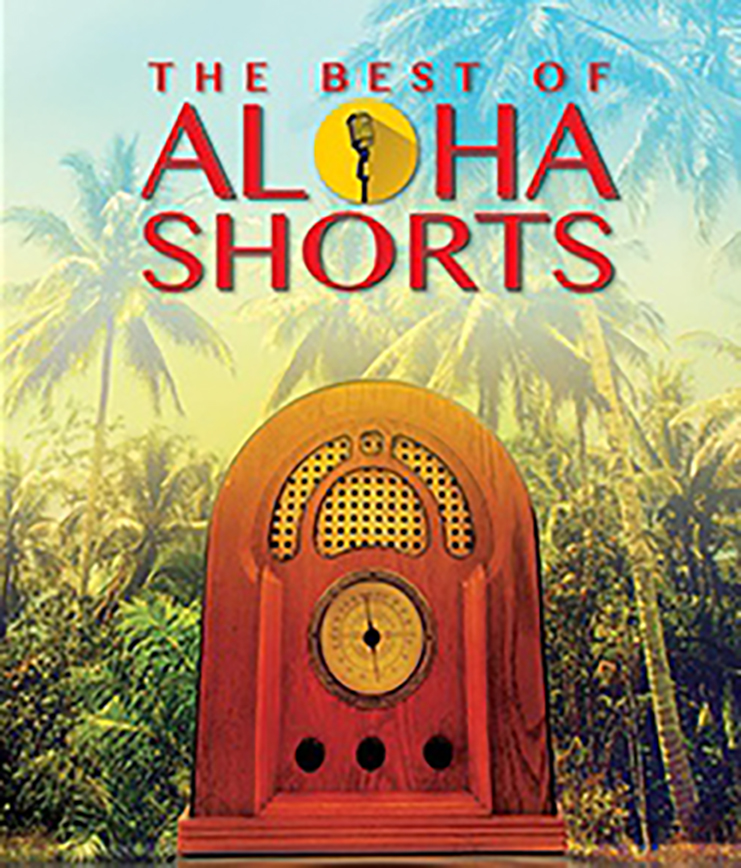 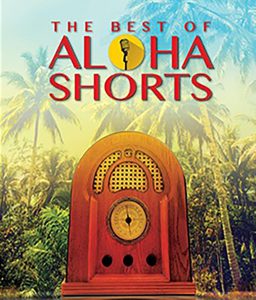 The Best of Aloha Shorts is the written version of performance pieces of poetry, prose, music by numerous artists. As with most anthologies there is a smorgasbord of styles, expressions, thoughts and perspectives. You can load up and gorge yourself until bloated or savor a bite and take time to reflect on the spice, texture, taste. Either way it’s enjoyable, and The Best of Aloha Shorts is low calorie, low carb, full flavor. Several pieces are written in “pigin” the colorful extract of English and various dialects of local Hawaiian, Portuguese, Chinese, Japanese, Filipino etc. It lends itself to offbeat perspectives and working class humor. These are particularly enjoyable when you hear it read aloud. There is a link provided to hear audio readings online. Other pieces are not written in pigin. But that does not diminish or compromise the distinctive character of the Hawaiian setting or sensibility.

The opening story “Rockhead” written by Nora Okja Keller is about a Korean woman reflecting on the origins that reverberates from her mother to her. A personal journey of fact, fiction and fantasy, it was not one of my favorites, but it did get me thinking. She says her marriage to a Caucasian G.I. forced her to reinvent cultural icons in order to hide herself to survive. It begs the question, “What does it mean to survive?” And at what cost? How much can we brain wash ourselves? As we all navigate a world of endless divergent views and opinions, how do we filter what is distractive and disceptive from what we hold important and true? As “Rockhead” ends, she is a mother holding her own daughter, her own reverberations passing on.

“The Benny Bachelor Cuisine” by Cedric Yamanaka Reads like a local style hallmark fairy tale with a happy ending. I like it! Hopes and dreams come true after hopes and dreams fall apart. It’s like CliffsNotes skipping over the gory mess of personal drama, to remind us of the tendency for opposites to attract and exemplify the yin/yang syndrome. Also reminding us that being without compromise or tolerance makes what should’ve been complimentary skid into conflict and division. Nonetheless this story ends with confession, acceptance, reconciliation and a fresh new beginning. If only things happened that way more often.

“Beer Can Hat” by Darrell H.H. Lum has that “Stand By Me” vibe. There’s “plenee pigin” but it’s easily understandable. There’s “plenee local kine stuffs” but it is relatable — a simple tale of young boys as they journey the injustices and joys of living life in a rough and tough low class urban mix of people, powers and particulars. It’s a funny, sweet, beautiful and powerful story that restores your faith in the younger generation whatever generation that is and the hope that every generation will remember what they have learned.

“Corina Molina — Janessa’s Friend” is by Lee Cataluna. I knew Cataluna from a weekly column she wrote for a Honolulu newspaper. I liked her straight forward, insightful and spot on observations and commentaries on our sometimes quirky local politics and neighborhoods. I was surprised to learn she grew up in a small plantation town on Kaua’i near where I lived for many years. So she writes from experience of a small town country girl who learned the ways and means of the big city. This is a short, entertaining but provocative “poetic pigin prose” about a teen-age girl running her mouth to her friend in the cosmetic aisle at the drug store. It’s all about buying into the standards of what others might think or what we think others think and trying to manipulate appearances and impressions for that purpose. “Hickeys” are spotlighted. I haven’t heard that word forever. I’m surprised it hasn’t faded away into the language graveyard. It’s an intriguing emblem for adolescent preening and a caricature of passion and procurement in the ageless dance and battle of the sexes.

“Lava Watch” was written by Marjorie Sinclair almost 20 years before the recent devastating lava flows on the Big Island. It is as if story looks backward and forward in time with distinctions only barely made out squinting at the present moment. The story is about Keahi, an old woman born and raised in this small big island village, who moved away to California for many years, then returns to live in the old family house. Her divorced daughters also return to live with her. Now the ancient slow moving lava flow has gained new momentum and reaches the village and nears her home. She with family and neighbors must abandon their homes to the lava’s impending consumption. Keahi says about her daughters frantic preparations to vacate, what to take and what to leave behind: “ …they can’t accept what they can’t control”. Is what is true for fleeing lava also true for the passage of time, relationships or self realization? “In San Francisco I was becoming someone else…” Are we mere products of our environment? or are we victims of our own delusions? As she watches the unrelenting flow of lava, she seems to find some answers: “…the way of the lava is good. Bursting through old forgotten blocks”. As the lava touches her house and it bursts into flame, a pure moment seems to arise for her: “My life, quiet, drifting, away is there, each movement of it moving into every other moment of it in the fire.” Perhaps she found her person and her peace rising in the flames and settling in the ashes.