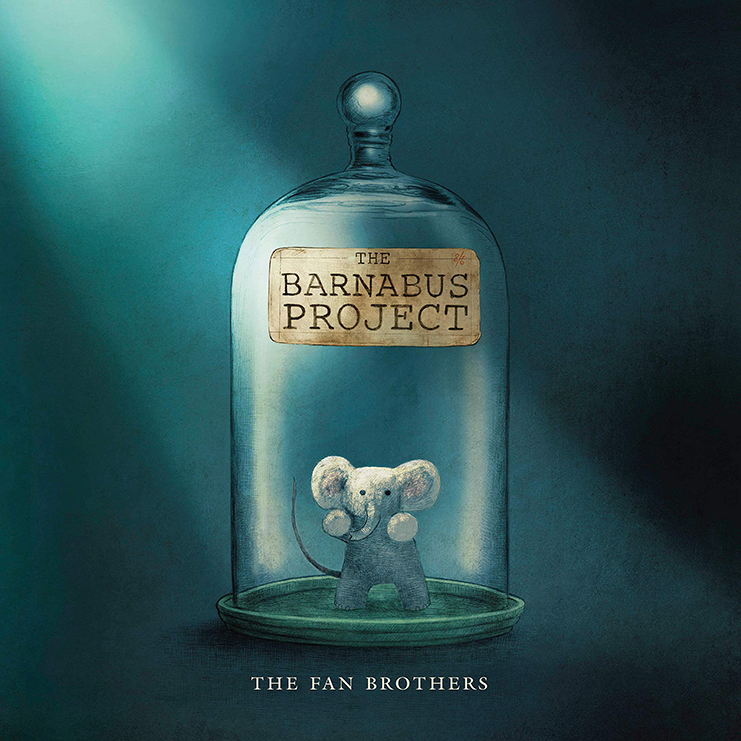 Barnabus lives in a secret lab with other misfit toys underneath a strip mall and the Perfect Pet Store. With nothing to look forward to except being fed peanuts and cheese by faceless Green Rubber Suits, Barnabus confides in Pip, his cockroach friend, that he dreams of living in the outside world. One day, the Green Rubber Suits sweep the lab and stamp “fail” on their little belljars. Certain their nightmare of being recycled or terminated are coming true, Barnabus and his friends desperately make a plan to escape regardless of the obstacles, climbing down tall shelves, negotiating a labyrinth or face the consequences. Can they make it to the surface before it’s too late?

Applause for the three brothers, Fan—Terry, Devin and Eric—Canadian authors and illustrator who reside in Toronto for this children’s book. Their collaboration will be sure to win over many fans with the book’s charming text and pictures of the secret lab, the city, the parks and steampunk works. Using the symbols of fans, the glass ceiling, bell jars and freedom sets the mood. Take off the jacket and it reveals another cover printed with secret formulas, genetic code and equations on a chalkboard design—the scribbles of a mad scientist, pristine handwriting and dotted lines.

Barnabus was made very carefully (ladders, amino acid and possible names) but he didn’t come out as intended. Endpapers show file after file of each defective pet, their genetic problems and assigned number. Upon further inspection, these defective lab pets are cuter than ugly dolls, sock puppets and amigurumi. They may not be superior to their counterparts but understand how to think freely, never remaining in a box.

An homage to Velveteen Rabbit, however, with a “plus”, Barnabus doesn’t just contemplate his mortality but also what happens given a choice of destruction versus recycling.  He also ponders genetic engineering. He ponders his own genetic expression: eyes, fluffiness and sense of taste. The Fan Brothers, however, are careful to leave out any religious overtones. What is important is not where you came from but where you end up. The storyline is like blades ever-turning and a twist on a timeless tale which remains fresh. Children who like Corduroy and Disney’s Toy Story, will take The Barnabus Project to heart.