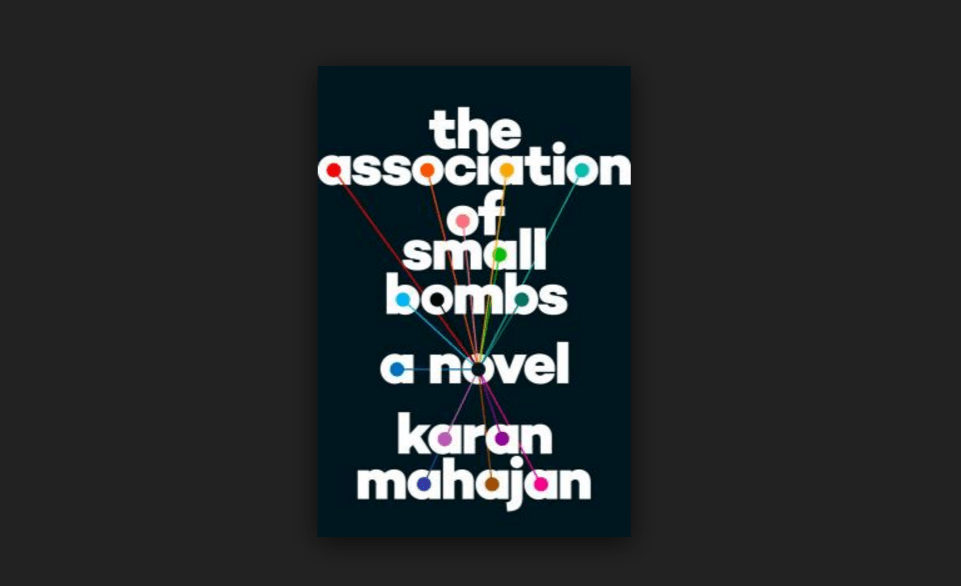 We live in times where daily news reports include stories of bomb blasts and terrorist attacks across the globe. In 2014 over 32,000 people had died in terrorist attacks around the world; that number had increased from 18,111 in 2013, an 80% increase according to the Global Terrorism Index.

Karan Mahajan’s novel, The Association of Small Bombs, explores one “small” bomb attack in 1996 in a market in New Delhi—this is not a thriller about the good guys and the bad guys and tracking down the criminals; this is a novel that explores the impact of the bombing on the people involved in such an attack—the victims, their families, the bombers.

How do people survive the meaningless death of their children from a random act of terror? What motivates people to set off bombs? How is a terrorist made? What happens to survivors? What is justice? Will some political conflicts just keep festering? These questions underlie this brilliant novel as Mahajan examines the lives of a group of people who are all tied to the bombing at the market carried out by a Kashmiri militant group.

First, the two boys, Tushar and Nakul Khurana, the victims. They and their friend, Mansoor, were in the market to pick up a repaired TV when the bomb went off killing them. Mansoor survives with a few broken bones but carries deep psychic scars from the event.

Second, Vikas and Deepa Khurana, the parents of the boys who died, are a moderately talented film maker and a cake maker engaged in a middle class struggle within a neoliberal economy—their lives are drastically changed by the bomb. Their guilt, their search for justice, the cracks that develop in their marriage over time are central to this narrative.

Third, the bomb makers, Shockie and Malik, their political agendas, their ideology, the utterly dismal shape of their everyday lives give us insights into the humans behind terror attacks and their motivations.

Finally, Mansoor, the surviving friend and his challenges both physically and emotionally with the bombing and his encounters as an adult with Ayub a peace activist whose ideology changes dramatically. These stories make up the novel which is simultaneously an exploration of the psycho-social impacts of terror attacks across time and also a searing analysis of the failure of postcolonial nation states to provide full citizenship rights and economic opportunities for all its citizens regardless of religion, region, or language.

Mahajan’s narrative is starkly realistic and his facility with description remarkable. Here is how he describes the market just before the bomb goes off in the opening chapter: “A formless swamp of shacks, it bubbled here and there with faces and rolling carts and sloping beggars. It probably held four seasons at once in its gigantic span, all of them hot. When you got from one end of the market to the other, the wooden carts with their shiny aluminum wheels had so rearranged themselves that the market you were in was technically no longer the market you had entered: a Heisenbergian nightmare of motion and ambiguity.” With such an opening chapter about “ A good bombing” which “begins everywhere at once” it is hard to put the novel down. This is definitely a novel for our times if we want to go beyond daily news headlines and numbers of dead and wounded in terrorist attacks.