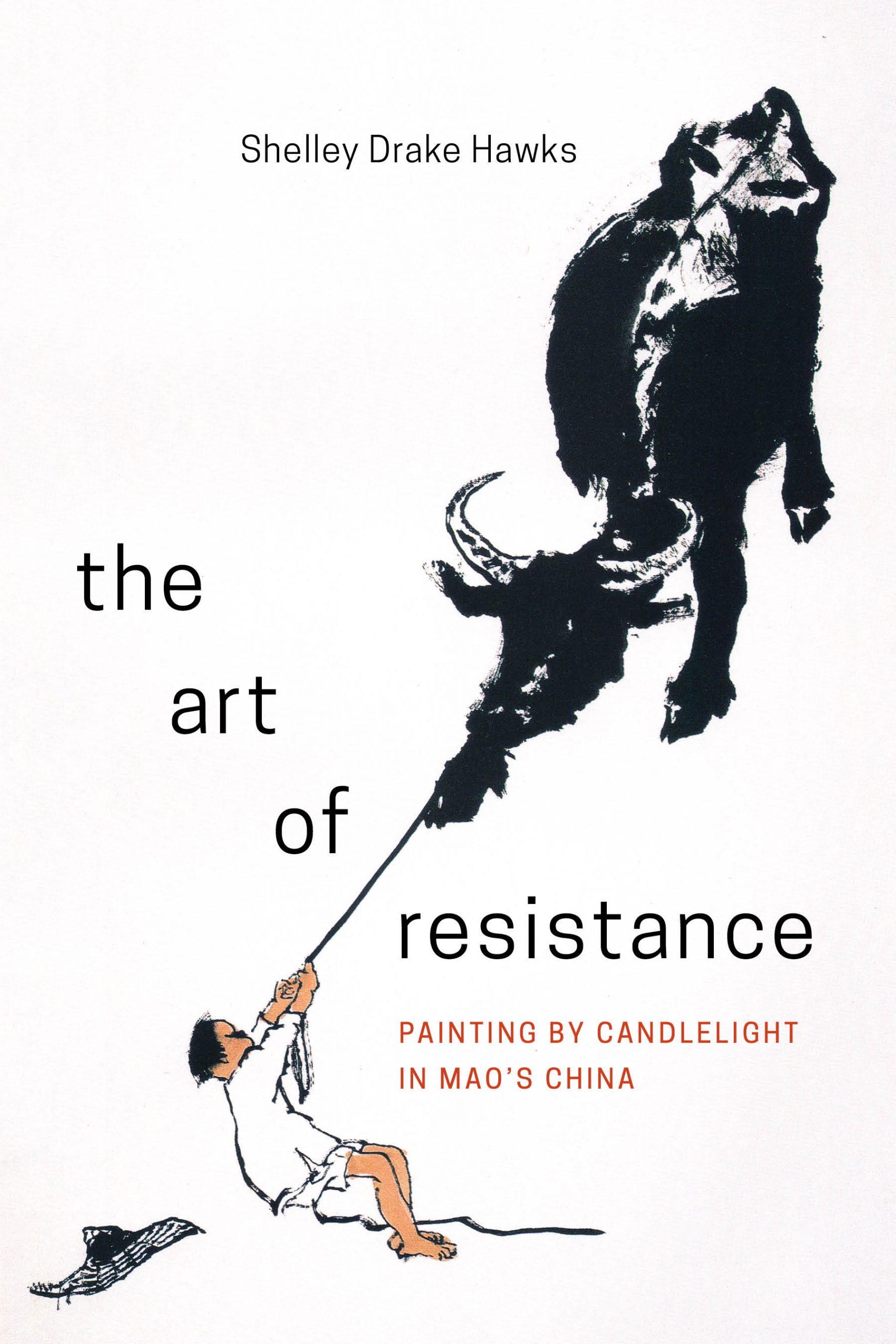 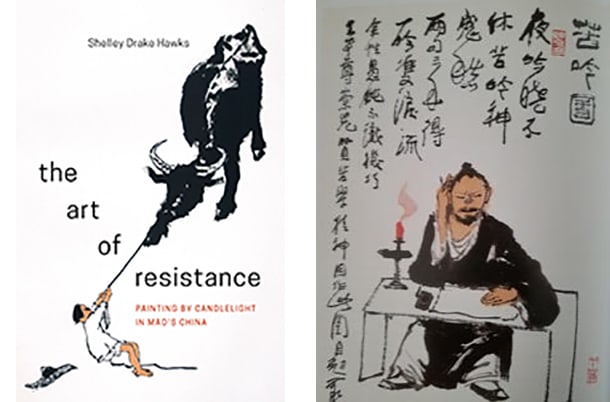 It is hard to believe that 50 years have elapsed since the Cultural Revolution set off a storm of chaos in China. Shelley Drake Hawks describes fascinating anecdotes gleaned from artists, family members, academics and memoirs.

The Art of Resistance looks at the lives of seven artists who worked in woodblock prints as well as traditional ink and brush painting, Guo Hua or the National style. Before the 21st century globalization of the contemporary Chinese art scene they were the avant garde and progressive artists of the time.
These artists were born in the late Qing dynasty and early Republic era. All were radicalized in their youth and were staunch supporters or members of the Communist party. They were patriotic and progressive heeding the call of Chairman Mao to create a new art for a New China.

The artists in this book range from the satiric artist Ding Cong to a gentle and devout Buddhist and Manga artist, Feng Zikai. Li Kuchan whose name ‘Bitter Meditation’ was a master of bird and flower painting. Li Keran whose lush landscape painting was criticized for being ‘black and gloomy’. Pan Tianshou was singled out by Mao’s wife Jiang Qing for severe punishment, his paintings being described as ‘dark and evil’. Huang Yongyu’s famous ‘Winking Owl’ was interpreted as ‘cursing Socialism’. Shi Lu, undoubtedly the most talented of this generation of ink and brush painters was driven to madness and institutionalized.

The use and mastery of ink and brush is the foundation of Chinese painting and calligraphy and inspired by works of early masters.

For over a thousand years, scholar officials dominated aesthetic practice and principals. They believed that the true nature of the ‘artist’ is revealed in the brush work. The older generation of artists because of their traditional and perceived elite status were singled out for criticism and ridicule.

The Red Guards were out to attack the Four Olds – ‘ old Customs, old Culture, old Habits and old Ideas.’ Since respect for elders, parents and teachers are a basic foundation of Chinese culture it was shocking and traumatic for those singled out for struggle sessions.

Red Guards routinely beat, slapped and tortured their art professors forcing many to humiliating duties as janitors and toilet cleaners. This torment drove many to suicide and madness.

After 1969 when some of the worst of the surveillance loosened up, artists were painting privately for themselves and circulated their art amongst a closed circle of friends. They literally ‘painted by candlelight’, storing their paintings for the future.

My only wish would be for the inclusion of artists from radical Southern China. Li Xiongcai was Chairman Mao’s favorite artist and is not mentioned.

As it stands though, The Art of Resistance is one of the best books in English currently available on Chinese art and culture during this turbulent period of 20th century Chinese history.