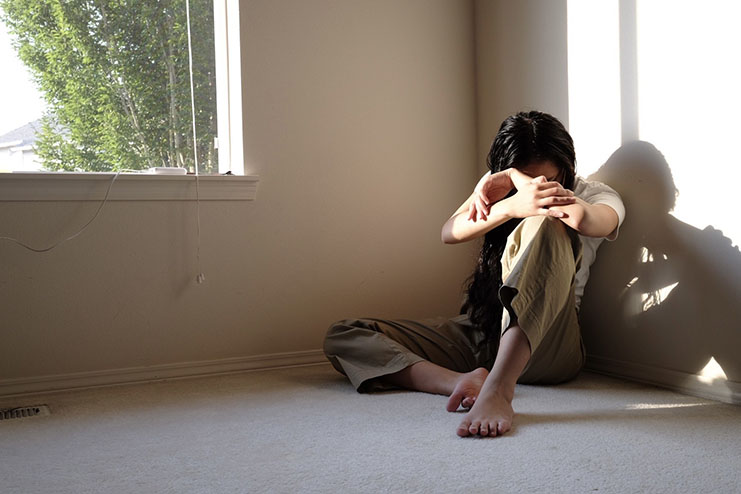 As a disabled, gender-nonconforming Filipino American, I always struggled with never feeling like I was good enough – for parents, for teachers, for people my age, and so on. When I was four, I packed my Barney suitcase and threatened to run away from our family home on the Bremerton Naval Base. When I was eight, I was in the backseat of our minivan, saying I wanted to die for no apparent reason. When I was 15, I got in a fight with a girl and was sent to the counselor’s office – it was then that I took my suicidal ideations very seriously, only to realize the trouble they caused my family and friends. It was because of all this trouble that I repressed any thoughts I deemed “negative” – including from bullying based on Asian stereotypes – only for them to manifest in unhealthy and humiliating ways.

After receiving my undergraduate degree in Sociology from the University of Washington in 2014, I lived in Japan for three years to teach English. It was there that I had fantastic health insurance, but not enough mental health resources for the isolation I felt as a foreigner – especially as a Filipino American living in Japan. Upon returning home, failings of the United States became more salient in stark contrast to my life in Japan – the lack of universal healthcare, the mass shootings, anti-Blackness and the prison industrial complex, etc. I did not take reverse culture shock particularly well, and I would call a suicide hotline twice a month. All along, I kept thinking about how this was all my fault – if I had only been friendlier, smarter, or more hard-working, I wouldn’t feel so bad about my life.

With the onslaught of social media influence after the 2016 election, along came more methods for social justice mobilization. However, as the fight against racism, sexism, homophobia and other systems of oppression garnered by the thousands, so did activist burnout, and thus a more express need to take care of ourselves and each other. These are some of the lessons I learned alongside this mass movement.

“The American Dream” is a trap that many Asian and Pacific Islander immigrants fall into – I mean this in the sense of believing that everything is entirely up to the individual and that the individual is the sole harbinger of their own destiny. As U.S. citizens, we live in a meritocracy whereby how we go about our lives somehow dictates our innate value, and thus what we deserve – everything from social status to shelter to food. And then, when circumstances happen outside our control to our detriment, we are expected to “pull ourselves up by the bootstraps’ ‘ or “grin and bear it” – these are the attitudes that supposedly get us hired or married.

The entire contradiction of this way of thinking lies in the fact that people work hard every day for so little. If someone is incredibly hard-working, wouldn’t the system regard that person as more valuable? The mistake made here is in how we believe those who give themselves away the most are the most deserving, while there are people who are very rich who exploit the very poor.

We can even extend this to a community and organizational level. For example, we can question why someone working for a nonprofit is highly regarded as respectable by being so altruistic. Nonprofits are on missions to attend to the shortcomings of our society and must do so without making any revenue. Because nonprofits are on limited budgets and depend on grants and donations, their focus is always at risk of truncating mission efforts in favor of garnering funding. I often hear about nonprofit workers receiving benefits that would otherwise go to clients of their organization (ex: food voucher programs) because their incomes are so low. Thus, the goal on the individual level is survival over justice. Many organizations will fight to stop Asian hate and yet cater to receive money from rich, usually white philanthropists deciding whose cause is worthier – and least threatening to them – among the poor. While the missions of nonprofits are usually grounded in fighting problems caused by capitalism and white supremacy, mentions of dismantling those two systems are nowhere to be found on organization websites. It is no wonder people who work at nonprofits experience burnout, and why organizations experience high turnover.

This is all to say that those who want to work in the business of eliminating systemic oppression can do so at a cost.

That is why I grew out of and abandoned this idea of “laziness”, of which I realized there is no such thing, so long as efforts to eliminate injustice goes underfunded. The most related ideas I can think of are negligence performed out of malice, and genuine forgetfulness – the latter of which is no fault of one’s own. Forgetfulness can be due to several underlying conditions, including mental illnesses such as ADHD or a traumatic brain injury. It is the pressures of our current society where results must be churned out and emails must be answered and wealth must be generated that dictate this idea of “laziness” – whereby those who may have these underlying conditions are deemed unworthy by societal standards.

This is where I take a page out of disability justice’s book – particularly Skin, Tooth, and Bone by Sins Invalid. It’s pertinent to see ourselves and others as whole, valuable people, regardless of what our current system dictates about any so-called “shortcomings”. Self-care is another individualistic idea that can potentially blame someone for their limitations. The pressures placed on the individual to care for themself so they can continue to be a productive member of society can be detrimental to mental health. As a person who did not know I was disabled for most of my life due to internalized ableism, I attributed my lack of productivity to my inability to care for myself, and thus to my value or lack thereof. Self-care is still important – it can be manifested in a multitude of ways, from watching your favorite show, to taking your medication, to getting enough sleep – but a lack of self-care should not be met by stigma or other punitive consequences. According to disability justice, our bodyminds are enough.

I understand that many Asian and Pacific Islander immigrants leave their countries of origin for several reasons – Filipino immigrants in particular desire more economic stability than what a colonized Philippines can offer. But that does not mean putting ourselves down when we will or cannot work hard – we can afford to acknowledge ourselves as complete individuals of value regardless of how much of our valuable energy we give away.

Auriza Ugalino is a Master’s in Social Work candidate at the University of Washington, and intern at International Community Health Services (ICHS), and the community relations manager for the International Examiner.