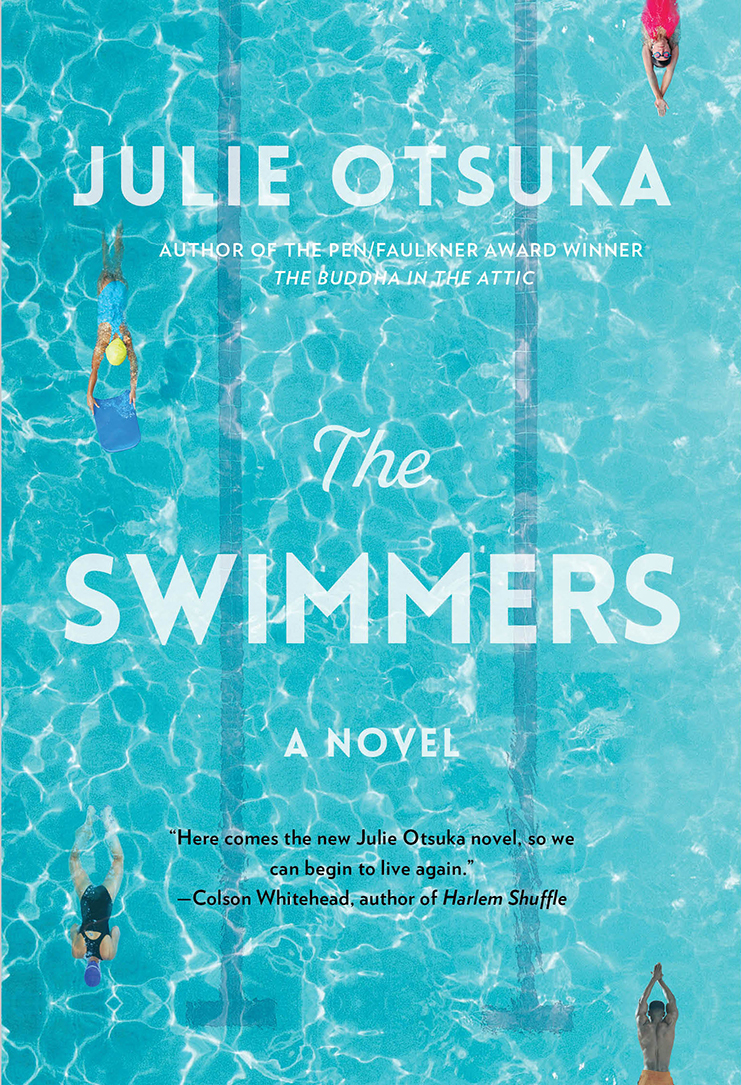 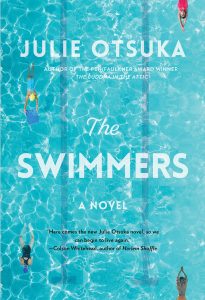 “I feel like in some way every book that I write is about my mother.” Julie Otsuka looks down and laughs, her slender profile framed by shelves bulging with books. She lives in New York City, but the painter-turned-award-winning-author is Zooming with me to discuss her latest novel, The Swimmers. “I think this is probably the most personal book that I’ve written so far, and I wasn’t sure how to go about writing about my mother and dementia.” She fingers her hair wistfully. “I mean, I feel like I’ve read so many accounts [of dementia] that I wanted to give it a different twist in some way.” That twist was an aquatic one.

When we meet Alice, the novel’s elderly protagonist, she’s a cheery member of a thriving pool community. She doesn’t particularly stand out from her fellow swimmers – which is exactly what Ms. Otsuka intended. “I was a recreational swimmer for many years, so I was fascinated by how that world is really a community unto itself, and how people kind of look out for each other,” she says.

“And it seemed like a very good stand-in for the world, in a very meta way, and I thought, if I popped my mother into the pool it would just be a good way to start looking at her initially from an aerial, 25,000-foot view” – Ms. Otsuka sweeps her hands toward the ceiling in a grand gesture – “more seeing her as one of many. And then as the book progresses, we gradually focus on her, on this one character.”

What does catch our attention before we start focusing on Alice is a crack that materializes on the pool’s floor. It seems innocent at first, but spreads with such inexplicable persistence that its presence creates conspiracy theories among the swimmers and eventually forces the pool to close. When asked if the crack foreshadows Alice’s mental decline, Ms. Otsuka laughs coyly.

“The crack could be so many things! It could be a metaphor for the beginning of her own decline, but it can also be so many things. It could work with the pandemic, and it works in terms of any disease, really: Just the minute you get an inkling of something going wrong, that’s a crack, right? It’s a crack in your reality, in your world, and in just the way you live your life…So [the crack] is not supposed to be any one thing, but it can be whatever the reader wants it to be.”

This open-mindedness to the reader’s experience is what will attract us to Alice as the novel begins focusing on her character in particular:

She does not remember how she got the bruises on her arm or going for a walk with you earlier this morning. She does not remember bending over, during that walk, and plucking a flower from a neighbor’s front yard and slipping it into her hair. Maybe your father will kiss me now.”

Alice’s memory fragments remind us of our own lives – or the lives of our parents or grandparents. Any of us could be Alice. Ms. Otsuka observes, “People just stay away from you once you begin to forget. I think those reactions can be very cruel.” Her voices crackles with emotion. “So I think it’s important to remember that each person that you run across who is suffering from dementia, they are real people too. And it could be you, it could be me, in 30, 40, 50 years.”

Yet can Ms. Otsuka offer a solution to her sobering realization? Alice’s guilt-ridden daughter and profit-driven nursing home, Belavista, aren’t the saviors we’ve come to expect. Perhaps that’s because the author is still searching for an answer herself: “I think we’re so quick in this society to warehouse the elderly, but often it’s physically very, very difficult to take care of somebody with dementia. If you’re lucky, you have the money to keep this person at home with a lot of extra care, but that really costs, and not everyone can afford that – most probably cannot.” She sighs and shakes her head.

“But it’s really not easy to take care of somebody, especially if they begin to get worse, and then there’s so much emphasis on youth and quickness of mind. And you know the elderly have lived full and long lives, and they have so many stories to tell…But it’s a huge global problem, with what to do with these older people who are suffering mental and physical decline.” Her passion is palpable through my laptop screen.

But even if the world doesn’t yet accord individuals with dementia their dignity, Ms. Otsuka’s passion makes The Swimmers part of the solution. She paints Alice as a three-dimensional, vibrant woman in spite of her evaporating memory. For most of the novel, her protagonist sparkles in stark contrast to the vacuous shell that Belavista’s caregivers predict she will become. And therein lies the hope. Each time we advocate for those suffering from memory decline, we acknowledge the dignity they already deserve.