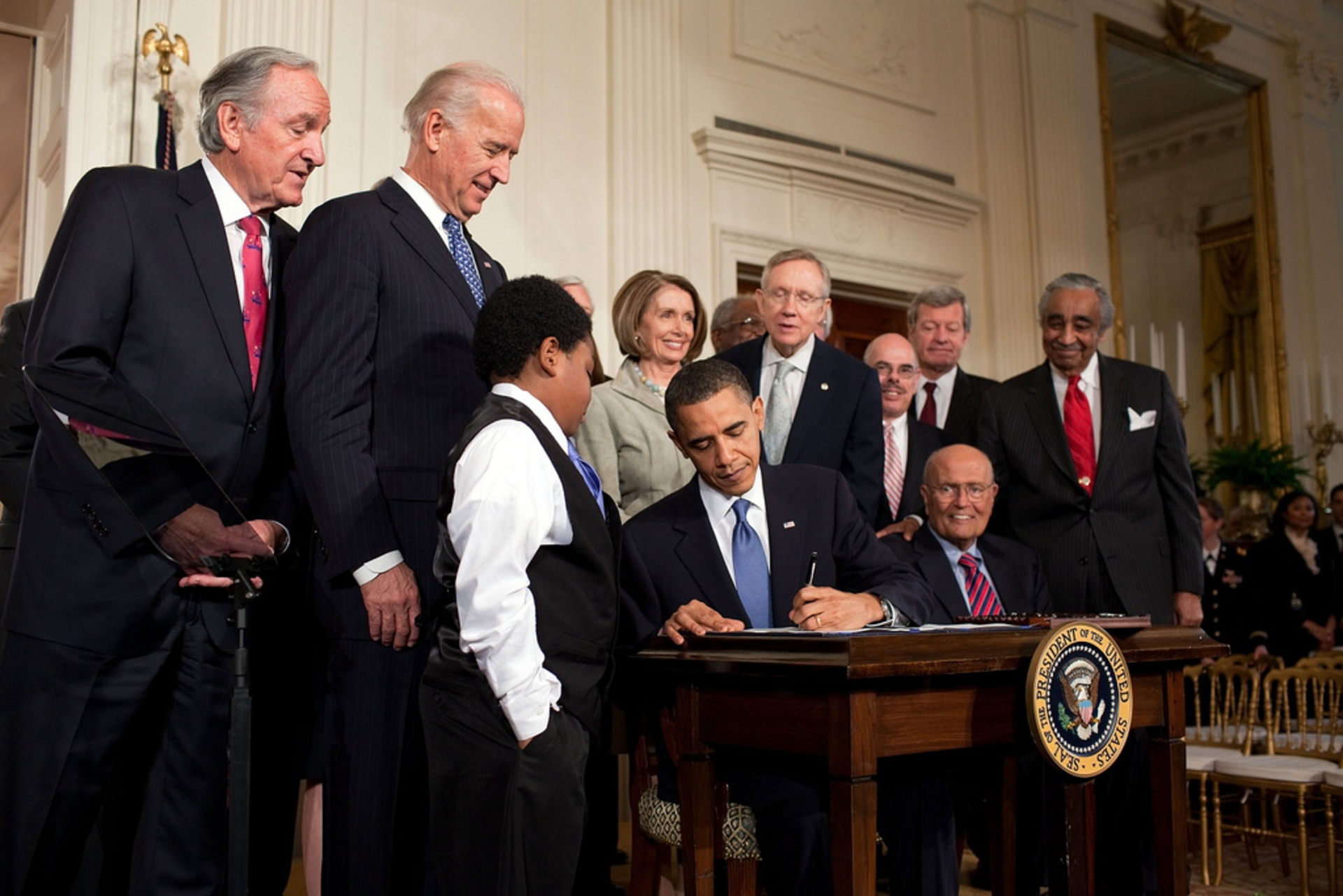 Since January, President Donald Trump’s administration has been the focus of protests and rallies, speeches and movements across the nation. It can get a little difficult keeping track of every topic that’s bound to see some change. The latest headlines on the fate of the Affordable Care Act (ACA) raise some serious questions about the future of health care in the United States.

White House Press Secretary Sean Spicer said on March 13 that the president is confident there will be enough votes to repeal the ACA and replace it with the GOP health plan, called the American Health Care Act (AHCA). The plan faces a vote later this month in the U.S. House of Representatives before it goes to the U.S. Senate. The Republican measure in its current form, however, has received criticisms from within the GOP, with several Republican senators saying that it doesn’t go far enough in repealing the ACA. Other Republican senators are concerned about AHCA’s effect on Medicaid.

As the GOP continues to adjust its own plan, healthcare professionals and advocates are doing some serious groundwork around the ACA, which has had a tremendous impact on the Asian Pacific Islander community.

One of these advocates is Stephanie Liou, a medical student at the UW. She advocated for the ACA in its inception, and now she’s advocating for it to stay. And she’s not alone. Doctors across the nation are getting behind the ACA, to the point where there are numerous health providers underneath the Protect Our Patients coalition calling legislators, and continuing to educate the public about ACA myths and facts.

Locally, there’s a group of physicians in Washington who have never done advocacy, but are now taking action, writing opinion pieces and convincing colleagues.

“Doctors have been kind of historically a-political, and really it’s becoming this movement across the country for doctors and health professionals standing up and saying, ‘look, whatever your political ideologies are, this is going to be harmful for patients,’” Liou explained. “It’s appalling to me that the landscape I face when I graduate next year is that I can only take care of a certain population who can pay for it. So this do-no-harm idea has been really core to a lot of the advocacy we’re doing.”

Liou contends that the ACA isn’t perfect, but repealing it completely would cause immediate harm. One of the ACA’s bigger accomplishments was that it requires insurance plans to provide a certain level of protection. Insurance companies that don’t cover prenatal care and deliveries, because they’re not pre-existing conditions, aren’t adequate plans under the ACA.

In addition, APIs are impacted the most by the ACA. In 2012, a DHS study predicted that nearly 2 million Asian Americans would be covered by the ACA given that the community is disproportionately impacted by chronic illnesses like cancer, diabetes, and Hepatitis B, because they often skip out on screenings. The most frequent uninsured group was Korean Americans (at 25.5 percent uninsured). As such, an ACA repeal would reverse disparity gaps like these that were closing.

For community clinics like International Community Health Services (ICHS), Medicaid is especially important. Last year, nearly 17,000 of their patients relied on Medicaid, and of those, 35 percent received Medicaid through the ACA specifically. ICHS joined the Healthy Washington Coalition to support health care as a human right.

“The gains that we have made regarding affordability, access, and addressing health disparities in an effort to achieve health equity must be sustained,” said Michael McKee, the Health Services and Community Partnerships Director of ICHS. “We are sending emails, writing letters, and meeting with elected officials so they understand the value that the ACA has brought our communities. We encourage all people to exercise their civic duties.”

By providing healthcare to all people, the ACA made insurance pools more diverse. Insurance is only sustainable if a large group of people with varying degrees of risk buy into it. The United States has already seen how badly high-risk pools play out: astronomically expensive for those who decide to do it.

Even doctors from rural places are concerned about the repeal of the ACA. In fact, rural doctors would face the brunt of the damage. Dr. M. James, who asked that only the initial of his first name be used, has been practicing rural family medicine for 30 years in Washington.

“I’ve always identified as a Republican and fiscal conservative. But primary care is where we see the greatest evidence for the impact of people not having insurance,” he said in an email.

James said people with acute conditions can always manage care, but those with chronic conditions can put care off when they’re uninsured, to the point where they’re only seen during emergencies. Over 30 years, James said since the ACA’s implementation, the number of people who are under-insured that he sees has “definitely decreased.”

Even for those who aren’t convinced by the human rights argument for keeping the ACA around, they can’t deny the numbers. The amount of uninsured children in Washington would rise from 38,000 under the ACA to 399,000 uninsured children with the reconciliation bill and no maintenance of eligibility, according to a study done by the Urban Institute.

“My patients should not be struggling to get enough food because they need to pay for medication or insurance,” James said. “It’s crazy that as the richest country in the history of the earth, we can’t help take care of people who need our assistance the most.”

That’s the difference of the health care proposals on the table versus what the ACA does, according to advocates. If people are getting insurance, the United States will have a healthier population.

The argument against the ACA typically goes that people with insurance are paying more for other people to have insurance in the first place, who need to just pay for it themselves. But it’s not that simple. ACA advocates say that overall, the short-term outlook might appear more costly to insurance-payers, but it’s not in the long run. The idea is that everyone will get better care at hospitals, because those hospitals will be dealing with less uncompensated, unpaid bills. With that money saved, new programs, more staff, and better care can be had.

“Preventative care and primary care is exponentially cheaper than emergency room visits and operation and chemotherapy,” Liou said. “For the vast majority of people, you night not ever need to get there if you have regular follow up. I think it’s this idea that you’re paying for it five or ten years from now. As we saw before the ACA, and I think we’ll see as we see the budgets come out for the placement plan, you’re shifting the burden of costs. You’re letting people sit and wait it out until they have extensive care that’s going to cost literally millions of dollars.”

While much of the advocacy work has been done by healthcare professionals, some of it is being done by elected officials, including U.S. Congresswoman Pramila Jayapal (D-WA, 7th District). That being said, she can only do so much as a new member and Democrat who is a part of the now Republican-controlled House. Jayapal’s been present at almost all of the largest rallies fighting against policy attacks on immigrants’ and women’s rights.

Her speech for the Jan. 15 Westlake Park rally that defended the ACA and Planned Parenthood can be found through Medium. She went on to discuss how the House passed a budget resolution that allows Congress, the Senate specifically, to bypass a filibuster established by the Democratic party under Obama. Jayapal voted against this, but it’s nonetheless established. Now, however, both sides have to come up with drafts and pass legislation to go forward with the ACA repeal.

Jayapal urged people to write to her as she’s collecting stories of people and their experience with the ACA so she can read them on the floor. Congressman Rick Larsen, from the 2nd District, is doing the same.

As for Seattle Mayor Ed Murray, he attended and spoke at a Save My Care bus tour event in Washington D.C. Murray explained an instance where he was waiting for a u shot in a Canadian clinic, and asked the man next to him before the ACA was passed how he liked the health care in Canada, to which the man reportedly said, “I’m an American, I came across the border; I’m a construction worker. I have no insurance. This is where I have to come.” Murray then asked, “Is that the America we want?”

Washington’s other Murray, U.S. Senator Patty Murray, has been talking with healthcare providers. Apparently, the tactic on the hill is to take a hard stance against Republicans when it comes to creating any sort of ACA replacement. As reports show, it’s become increasingly clear that there really was no plan in mind. It’s not an accident the ACA repeal has been pushed back.

The Urban Institute also did a study analyzing how repealing the ACA would impact government spending and specific populations. Matthew Buettgens and four others found that while the federal government would reduce health care spending for the non-elderly by $927 billion between 2017 and 2026, the reduction comes at a cost elsewhere. States would then have to increase spending by $68.5 billion for the next 10 years. The reasoning: “reductions in Medicaid spending would be more than offset by increases in uncompensated care. … Many states have reported net budget savings as a result of expanding Medicaid and would experience budget shortfalls if the ACA were repealed.”

“To think, ‘oh we’re saving money.’ Hospitals don’t think that, doctors don’t think that,” Liou said. “We know that getting people in sooner for small things is much cheaper. It’s kind of assumed that the number of uncompensated care [cases] will increase. … Honestly it’s terrifying right now. So many services are tied to these. This affects red space more than blue space, definitely, from a financial point. And this affects all voters no matter who they voted for. Honestly, we see that as a nonpartisan belief. We don’t want patients to see [doctors] as partisan.”

The hope seems to be that Congress would amend and improve the ACA rather than throw it in the trash.

For more actions that can be taken, ICHS suggested visiting www.hcadvocacy.org.