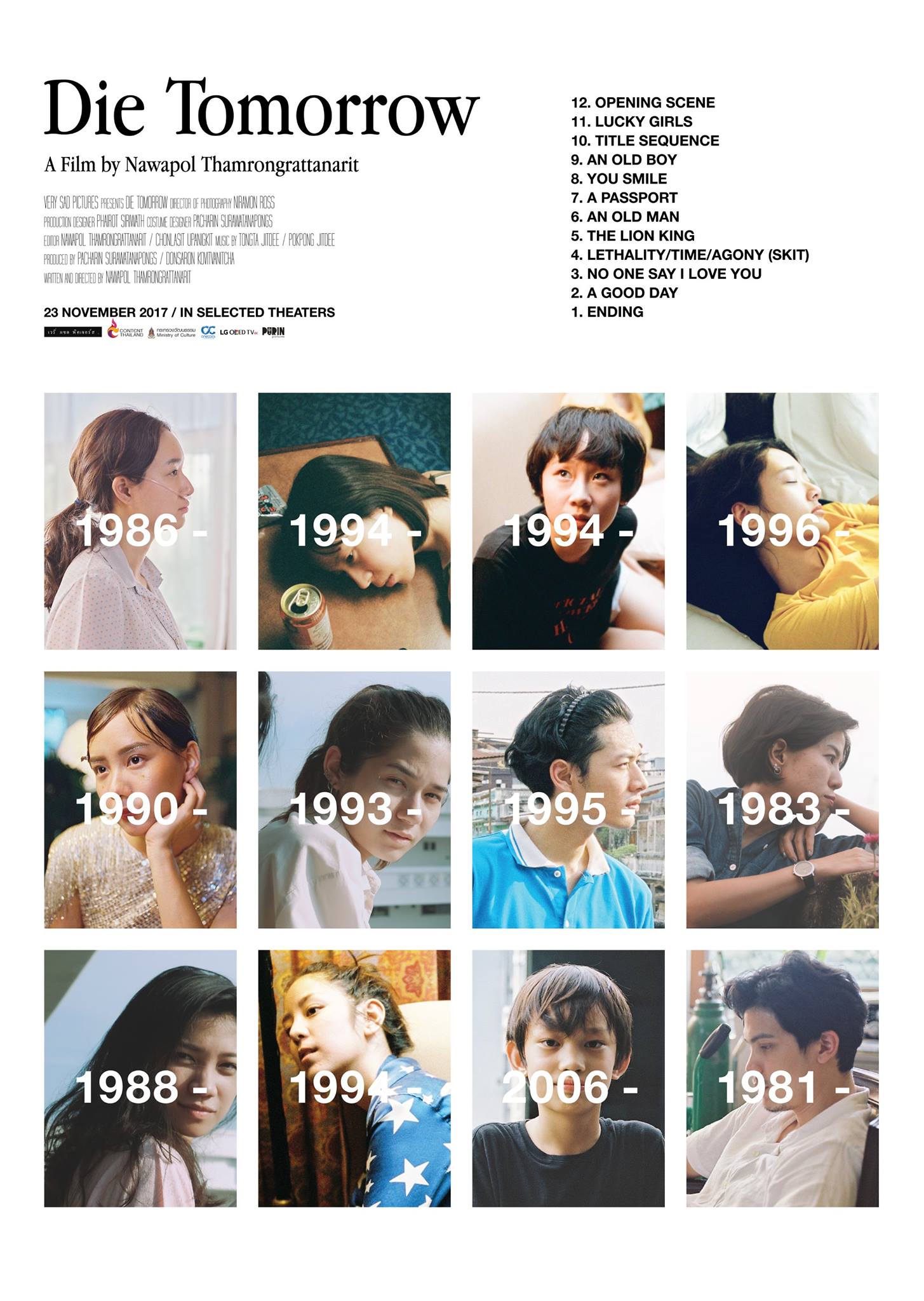 Presented in the International Forum of New Cinema at the Berlinale Film Festival, the side bar reserved for experimental and avant garde films, director Nawapol Thamrongrattanarit’s Die Tomorrow probes at our deepest fears and insecurities surrounding death.

A counter in the upper left corner of the screen tracks the worldwide human death toll (two per second) as the film elapses while the soundtrack intermittently fades out to the bare sound of a ticking clock. In the time it takes to watch the film from start to finish, 8,442 people will have died, according to statistics. Through a combination of lush cinematography, interviews and archival footage, the director plucks six everyday situations and crafts vignettes around the individual’s last day in this world, forming what’s less of a docudrama and more a visual essay on the human experience.

The narrative sketches, which unfold over long, single takes, follow everything from a group of girlfriends on the eve of their graduation (one will be fatally hit by a car on the way to the minimart to buy more beer), a wife awaiting a heart transplant helping her husband pack for a trip (his plane will go down and never be recovered), and an aspiring actress who receives a lucrative endorsement deal when the company’s first choice dies in an accident, among others. It’s implied that each incident really happened, and that what’s shown in the film is merely an imagined context.

The characters don’t know their fates, which makes those last fleeting moments before death even more poignant. But at the same time, if they knew that those would be their last days, would they have done anything differently? To be clear, the film discusses death in words and numbers onscreen, but never shows it – no blood, no taped off crime scenes, no funerals.

Bridged by mellifluous piano arrangements, the vignettes flow from one to the next interspersed with interviews – a young boy being asked if he would want to know when he’s going to die (his answer: no, because it would make him sad), a centenarian on how hard it is to continue existing when his wife and son are long gone. There are no didactic undertones, religious or otherwise, in Die Tomorrow but, through these interviews, the director seems to suggest that we have a choice in how we live and relate to death.

Thanks to Thamrongrattanarit’s light touch, a film that could easily have devolved into the morbid and the macabre given the subject matter is instead, perhaps not quite uplifting, but ethereal – a meditation on life and what it means to be alive. By focusing on human connection and those that the deceased leave behind, Die Tomorrow is a reminder of the importance of being present, for death is not the end but rather a rippling effect from the bonds we forge together in life.