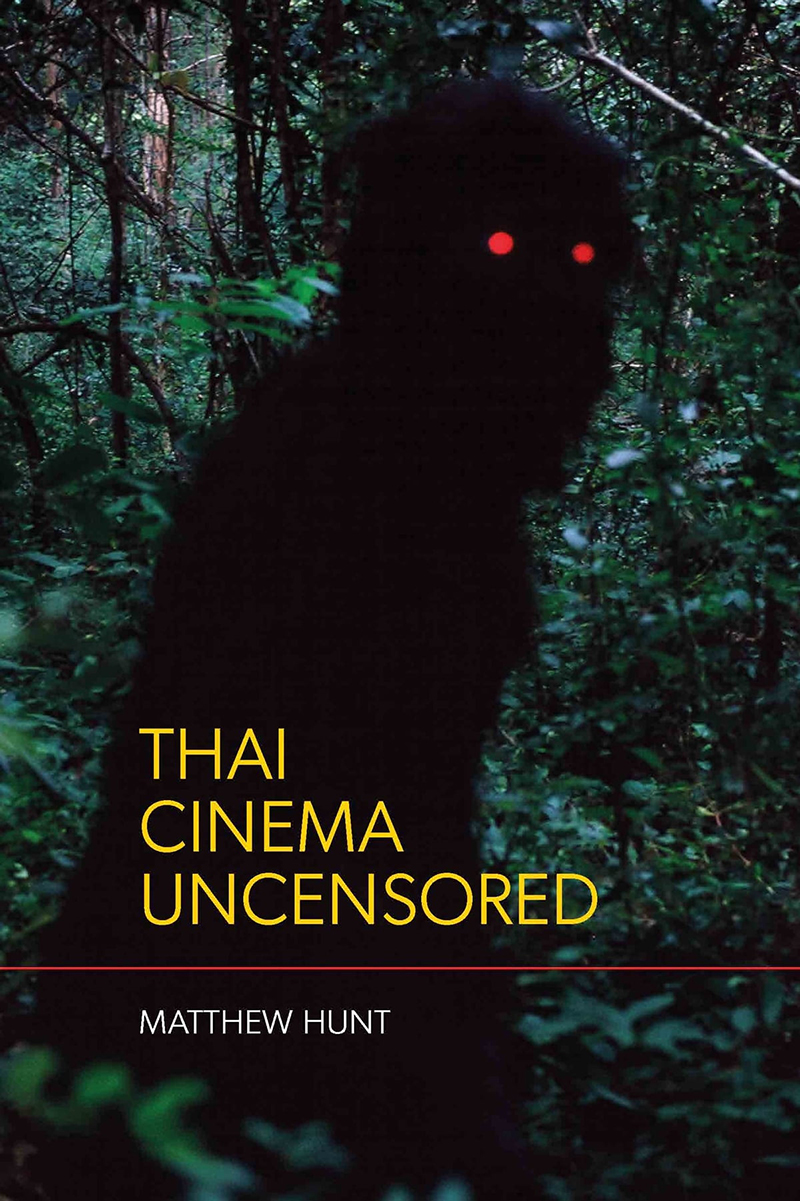 Before reading Thai Cinema Uncensored, my only encounter with Thai cinema was in an English class. We watched the short film Mobile Men by Apichatpong Weerasethakul and my professor briefly mentioned that there is censorship in the Thai film industry. Matthew Hunt’s Thai Cinema Uncensored explains the difficulties that filmmakers face in Thailand and includes interviews from the people behind the camera. Readers do not need a background in film or Thai history because Hunt first establishes the history of Thai cinema’s censorship and then explains how the censorship laws affect today’s filmmakers.

Thai Cinema Uncensored is split in two main parts: the history of censorship and interviews with ten Thai directors . Censorship has been a part of Thai cinema since the first feature film was made there in 1923. The aristocracy saw cinema as a way to save face and promote an idealized version of Thailand. The Film Act of 1930 was the first regulation of the Thai film industry and was used as a precedent to cut any part of a film that could be seen as objectionable. This act also created a committee of bureaucrats and police officers to review films rather than film censorship being solely  in the hands of the king and his advisors. The committees of censorship have changed throughout the years,  but underlying each decision to censor is a commitment to uphold the nation, religion, and the king. Censorship is pervasive in many ways, such as the prevention of showing films, demands to make cuts, and the promotion of misleading information.

Even though restrictions on sexual content in films has loosened, there is still tight censorship within the realm of politics. Many directors   choose to use creative ways to reference critical moments in history because outright references or criticisms will be cut or prohibited. Political topics are alluded to in films by using codes and metaphors to work around censorship.  Hunt describes influential political events that have occurred in Thai history and then examines how filmmakers have explored these topics in their work. The history lesson on Thai politics provides a crucial background to the films discussed. Not all directors choose to self-censor by using abstract images to depict political tragedies, but uncensored political films  are either cut or banned.

The biggest strength of Thai Cinema Uncensored is the second half of the book with Matthew Hunt’s interviews of influential Thai directors. These interviews give a voice to those that have been referenced throughout the book. The individuals give their own account of how censorship has affected them. Independent directors can make decisions to evade censorship, such as refusing to show their films in Thailand, but other directors who are backed by major studios describe the limitations they face. One director who relies on studio funding is Pen-Ek Ratanruang. In an interview, he mentioned that his film Ploy had to be recut for the Thai censors. The cuts were supposedly to uphold Thai values, but they ended up making his film more damaging to traditional values because there isn’t context for the relationships in it.  Pen-Ek also compares cutting his films to sacrificing parts of his child.

Thai Cinema Uncensored is not a simple or unbiased look at the ways that censorship has affected Thai cinema throughout the years; it is a work of resistance against the censors. It describes in detail the struggle of filmmakers to work around inconsistent censorship rules. Matthew Hunt writes with a sense of urgency to legitimize these films and work towards a future where Thai filmmakers make the films they want without having to worry if people will be able to watch them. Readers will come away with a deeper understanding of Thai films and the history that has shaped them.