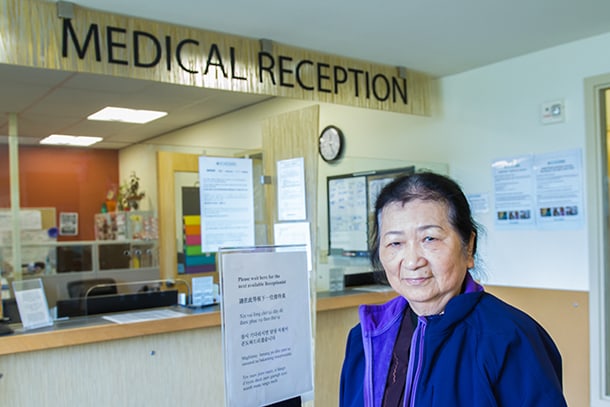 Healthcare for those who need it the most is a long fight that is not done—from the callous proposals within the House’s passage of the American Health Care Act and Senate members’ secret debates on the Better Care Reconciliation Act to the varying threats proposed in a “Medicaid wraparound,” “straight repeal,” “repeal and two-year delay to replace” and most recently, the so-called “skinny repeal.”

For months, people in our community and around the country have called, written, marched and protested against stripping 15 to 25 million people of health care coverage.

Sen. John McCain voted “No” and handed a 51-49 suspenseful win against the skinny repeal, giving us great cause for relief. But that hard-fought win provides no excuse for complacency. We must acknowledge senators Patty Murray and Maria Cantwell, who persisted and ground through all the exclusionary maneuverings behind closed doors and the eventual floor actions that saw repeated cosmetic surgery to the Better Care Reconciliation Act, which lost then was resurrected as the Obamacare Repeal and Reconciliation Act, which lost again only to rise as the Healthcare Freedom Act, in the attempt to kill the Affordable Care Act (ACA) or Obamacare. Senators Susan Collins (Maine) and Lisa Murkowski (Alaska) courageously stood against their Republican colleagues to steadfastly support the millions who have health care through the ACA.

The ACA fueled huge strides in expanding millions of Americans’ access to health care, but just as many continue to be left behind. We are reminded that wrapped into the upcoming Congressional budget debate is the question of the basic grants supporting health centers across the country.

Without action by September 30, community health centers such as ICHS face a potential 70% funding cut of our federal grant dollars, known as the Health Center Funding Cliff. If this happens, ICHS could lose approximately $1.8 million in federal grant dollars that support health care access for low-income and uninsured populations. This could mean that about 1,200 fewer people will be served. Additionally, the Children’s Health Insurance Program faces the chopping block in the same timeframe unless it is renewed. In 2014, the program covered 42,637 children through Washington Apple Health for Kids.

ICHS serves many of our community’s neediest and most vulnerable—immigrants, refugees, the elderly, the young—people who already face a number of barriers to care, beyond their ability to access health insurance or care from a doctor. As a Federally Qualified Health Center, ICHS takes care of those who are low income, on Medicaid, uninsured and underinsured, regardless of health, housing, or ability to pay.

It is premature to assume that efforts to repeal the ACA are dead. We have to be even more tenacious. We must continue to advocate, educate, and organize with fresh calls for a bipartisan approach to health care for those who need it the most. Just as imperative is moving quickly to a different front in September to fight and make sure that funding for community health centers and children’s health are renewed when Congress returns from its August recess.

ICHS and community health centers, as part of our nation’s health safety net, serve about 25 million patients a year, at a cost of less than $1,000 per patient per year. We are central in building health equity, offer a frontline resource in addressing the opioid epidemic, and train and fill the need for a future generation of qualified health care professionals.

For 44 years, ICHS has embraced all people and turned no one away. Our promise has stayed constant since our modest start as a one-room clinic in 1973. ICHS is here to serve our communities as your medical and dental home.  Join us as we stand in solidarity with our sister health centers, health care advocates and organizations, patients and community members for National Health Center Week, August 13 to 19.

Teresita Batayola is the CEO of International Community Health Services.