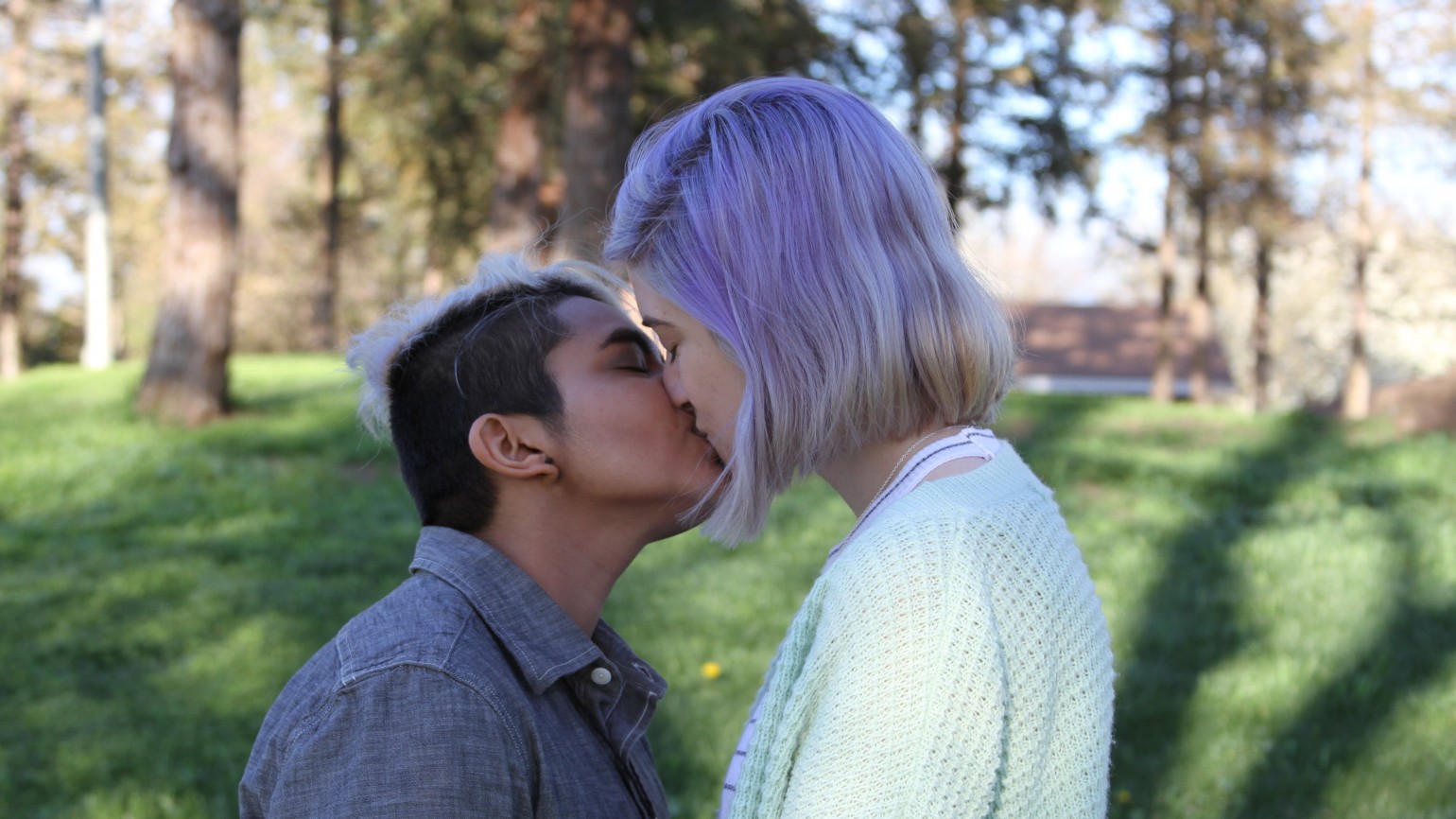 Escaping Agra is a short documentary featuring 19 year-old UC Davis student Naveen Bhat. Refusing to be bound by binary gender terms, Bhat prefers using the pronoun “they.” The female-born Bhat moved from India to California and, realizing they didn’t identify as the gender assigned them, proclaimed themselves neither male nor female. But after revealing their newly found non-gender status to their family, Bhat was tricked into returning to Agra India. Held against their will, their passport and green card seized, Bhat relied on partner Madi, whose relatives along with activists helped free them. Told in part via stand-up comedy routine, the film features Bhat disclosing their trials and tribulations with blindingly brutal honesty. (English)

I Am Bonnie is the tumultuous and true tale of Bandana Paul. Although born intersex, he was assigned a female identity by his uneducated parents and given the girl’s name, Bandana. Playing Indian Women’s football, Bandana was known as an extraordinary striker. But in 1998, she was accused of cheating after failing a sex test at the Bangkok Asian Games. Following sex reassignment surgery, Bandana became Bonnie—assuming a male name and identity. But when his family disowned him in 2000, he headed for the small town of Krishnanagar. Six years later, he married a compassionate hotel maid named Swati. But after locals uncovered Bonnie’s past, the couple moved to Matigara, a suburb of Siliguri. There, Bonnie created and sold Hindu idols even though he followed no religious rituals himself. After years of isolation from his family, he yearned for a reunion. It was disastrous. In 2012, Siliguri officials hired Bonnie to coach a youth football camp; the perfect boost for his lagging football career. But when he was forced to fill a large order of idols for Durga Puja, an annual Hindu festival, Bonnie took out high interest loans to purchase materials and acquired significant debt. At the same time, the football camp neglected to pay him. While this documentary effectively capture’s Bonnie’s sorrows, it also shows his bliss. (Bengali with English subtitles)

For the squeamish, Leeches could be disturbing. In this short narrative, a teenage girl is forced into marriage with a wealthy sheik desiring young virgins. Eighteen year-old Raisa lives in Hyderabad’s Old City with her mother, Ammi, and three younger sisters. Desperate for money, Ammi allows 13 year-old Zainab to be married off to a foreign businessman. The repulsive “One-Day Bride” practice permits rich men to bid on the virginity of impoverished girls. Brokered by special agents wielding effective contracts, a couple is married and divorced in a single day. Sanctioned by religious leaders referencing Sharia laws, the procedure frees wealthy older grooms from being stuck with the youthful brides they deflower. Determined to save her sister, Raisa finds a solution in common blood-suckers. (Urdu with English subtitles)

The feature-length narrative Saawan is about a 9 year-old boy whose sadistic father expects him to behave like a man. Even though Saawan’s father is unable to find work, he harbors unrealistic expectations of his disabled son. In their small village in Balochistan Pakistan, Saawan’s father beats both him and his own wife. Further, Saawan is also cruelly taunted by other children. When his family becomes destitute, they hitch a ride on a wagon headed to a refugee camp. But after contracting polio, Saawan can’t walk and is denied access to the wagon by menacing men with weapons. Left behind on his own, Saawan recalls his mother’s powerful words and is not discouraged. Instead, he sets out find his family and encounters the protective spirit of a departed mountain man and a three-legged dog. Unfortunately, Saawan also becomes the target of thugs after discovering a kidnapping ring exploiting children. (Urdu with English subtitles)

A modern-day narrative about a Pakistani woman living in London, Arifa is both the film’s title and the young lady’s name. After breaking up with her boyfriend because he refused to turn off his mobile phone and help her from his car, 28 year-old Arifa (Shermin Hassan) feels hopeless. Her criminal father illegally sells tobacco from their home while her helpless mother looks the other way. Arifa’s younger sister is also complicit even as Arifa scolds the entire family for having to work to support them. One night at a coffee bar, Arifa is approached by a Roman named Riccardo. At first, he seems sincere, but as they begin dating, he starts showing up late if at all. Already reluctant to embark on a relationship after having experienced too many failed ones, Arifa suspects that Riccardo is not who he says he is—a professional video gamer claiming to love her. This comical film has a dramatic flair, and director Sadia Saeed paints an accurate portrayal of millennials juggling Western customs with their parents’ traditional ways.(English)