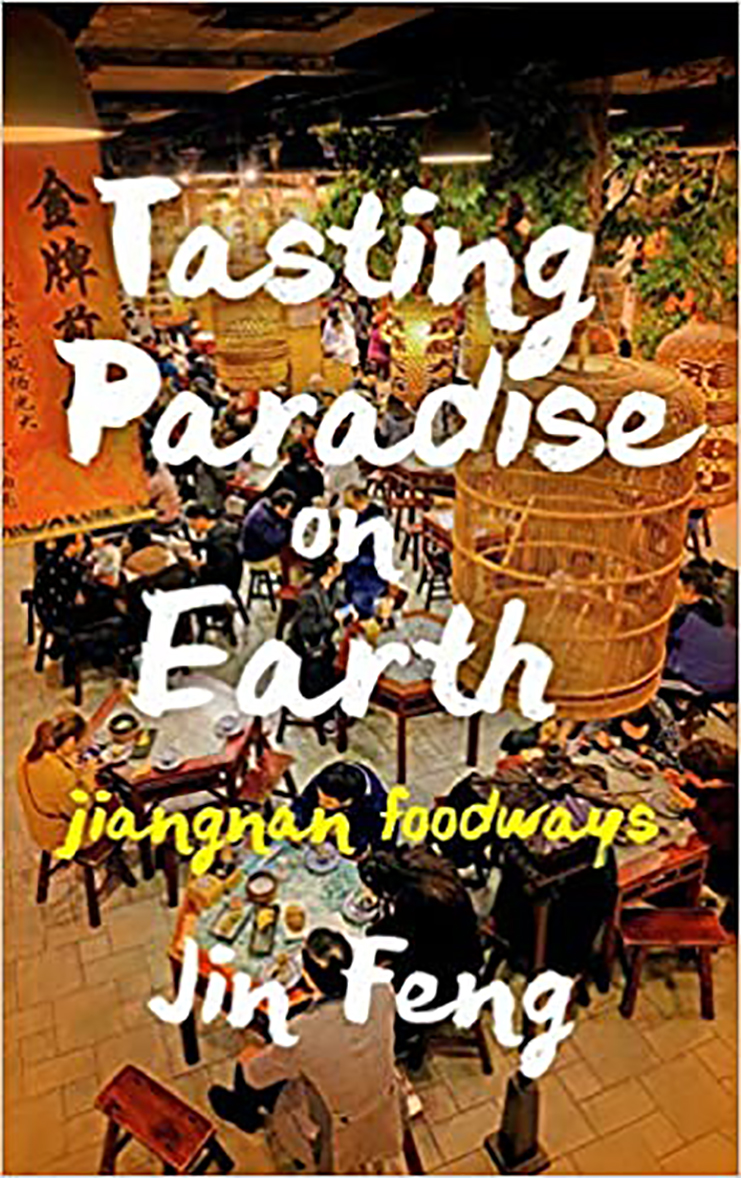 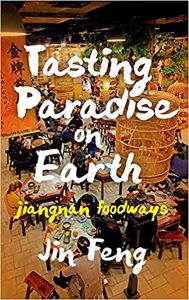 For those of us to whom Shanghai, Beijing and Sichuan ring instant bells of recognition, Jiangnan will likely produce a dull thud when it comes to identity. “What and where is Jiangnan?” were my first thoughts when I picked up author Jin Feng’s newest work, Tasting Paradise on Earth: Jiangnan Foodways.

“Aha. . . ” I muttered under my breath, followed by prolonged slo-mo bobbleheaded nods. Still haunted by uncertainty (being a visual learner) I searched my Atlas. Five maps and four somewhat conflicting descriptions later, I was still in a muddle over the “what and where is Jiangnan” challenge. Harkening back to my childhood mentor for advice, the words of my early guru, Pooh Bear, rang out: “Oh, bother!” . . . . I decided to move on.

In the interim, the “what-and-where” query had given way to the more important “Why” – as in “WHY Jiangnan?”. The answer was clear; and fortuitously simple. According to Feng, “Jiangnan is not just a place on the map; it is a cultural marker” and regional foodway — one of China’s foremost culinary regions. In Imperial times as it remains today, Jiangnan was viewed as “paradise on earth” with its major cuisines, vibrant culture and economic life, as well as fame for its national and international trendsetters and tastemakers. Satisfied that Tasting Paradise would yield remarkable and informative insights on a subject of high interest to me (food), I forged ahead.

If I had had any remnants of a doubt, they were put to immediate rest. On the very first page, engulfed in a sea of white space was a single sentence — the dedication: “To all food makers and enthusiastic eaters.” Underscored by her acknowledgements, she wrote: “This book emerges most of all from my unwavering interest in food. I am an instructor and researcher of Chinese food culture to be sure, but on the most basic, visceral level I am a food consumer.”

“Hoo-ray!” I hooted to no one in particular, but the room at large. In that instant Feng became my foodie soulmate and chowdown partner. We were allies in a Sisterhood of Flashing Chopsticks: Click! Click! Click!

Tasting Paradise examines how Chinese cultures, over centuries, “conceive of, represent and refashion their individual and collective identities” and how and why, under the powerful forces of today’s vast societal changes, these factors have been altered or remained constant. Feng, an academic with a record of scholarly research, teaching, writing and speaking engagements related to Chinese food studies, history and gastronomy, uses the term “food nostalgia” (which she defines as the “bringing together of food and memory”) to explore these concepts. Her book examines what critical memories or thoughts are evoked by certain foods and how they serve as a stabilizing force when societies undergo dramatic change.

Comprised of 216 total pages, of which 174 are consigned to the main text, and 42 other pages to the Glossary, Notes, Bibliography and Index, Tasting Paradise begins with a Chronology of Chinese Dynasties (from Xia, ca. 2100 – 1600 BCE to the People’s Republic of China, 1949 to the present). Because she writes from both historic and contemporary perspectives, the Chronology provides a handy reference when reading parts of the text dealing with various empires and regimes.

Feng peppers her pages with a myriad of interesting information which, for those with a limited background in gastronomy (the relationship between food and culture), is comparable to falling down the rabbit hole of a gourmet-centric kingdom. The discovery of 300 fragmented bamboo strips bearing culinary recipes, recovered from the Hunan tomb of Wu Yang (162 BCE), as well as cookbooks dating back to the Western Han dynasty (206 BCE – 9 CE), establish Chinese interest in food as deeply rooted – an indelibly wok-centered legacy that continues today.

Publication of culinary books proliferated, reaching its peak in the late Qing dynasty. The cookbooks were authored by literati-scholars and were published in the highly esteemed category of literature and art. Jiangnan was an important contributor to this vast enterprise, exuding “hometown pride” in its ever-evolving local cuisine — channeled through word-of-mouth and a robust restaurant culture that had been active since the Song dynasty.

However, as celebrated and acclaimed as its menus and fare, it was the male sex that “generated the gastronomic literature that defined the genre.” Women suffered non-recognition and neglect as they lived in an innately male dominated world, remained mostly unpublished, and considered “home cooks” rather than “chefs”. “Zhongkui” was a term used to describe food made by women, differentiating it from meals prepared by men.

In contrast to the West’s modern day worship of the Whole Foods market mantra —  local, organic, plant-based — the preference for “natural, wholesome and vegetarian food” in the Song, Yuan and Ming dynasties was ingrained in its Confucian, Daoist dietary practices and traditions, which celebrated their “fresh and subtle tastes”.

Two of the five chapters of Feng’s work stem from earlier writings: Hanzhou: The Fashionable Capital appeared in the Journal of Dietary Culture in 2018), and Nanjing: Managing Historical Time was based on an article published in Frontier Literary Studies of China in 2016. They form a core around which she weaves a fascinating focus on how food is a stabilizing factor in which Chinese traverse the landscapes of their lives – their homes, their regions, their country, the world.

Facing the speed of urbanization and economic growth, exacerbated by the movement of people, ideas and influence of Western foodways, Feng posits that food nostalgia “functions as a prism that refracts a host of sociocultural phenomena in the process of Chinese modernization”. Food is “intrinsic to how Chinese people connect to the past, live in the present and imagine the future.”

Tasting Paradise, a relatively short work, should not be overlooked in its ability to deliver a sizable impact on one’s thoughts regarding food. For gourmands, gluttons or foodies who have considered dining or eating a simple fork-to-mouth experience, Feng has provided you with something far more interesting to chew on. Bon Appétit!