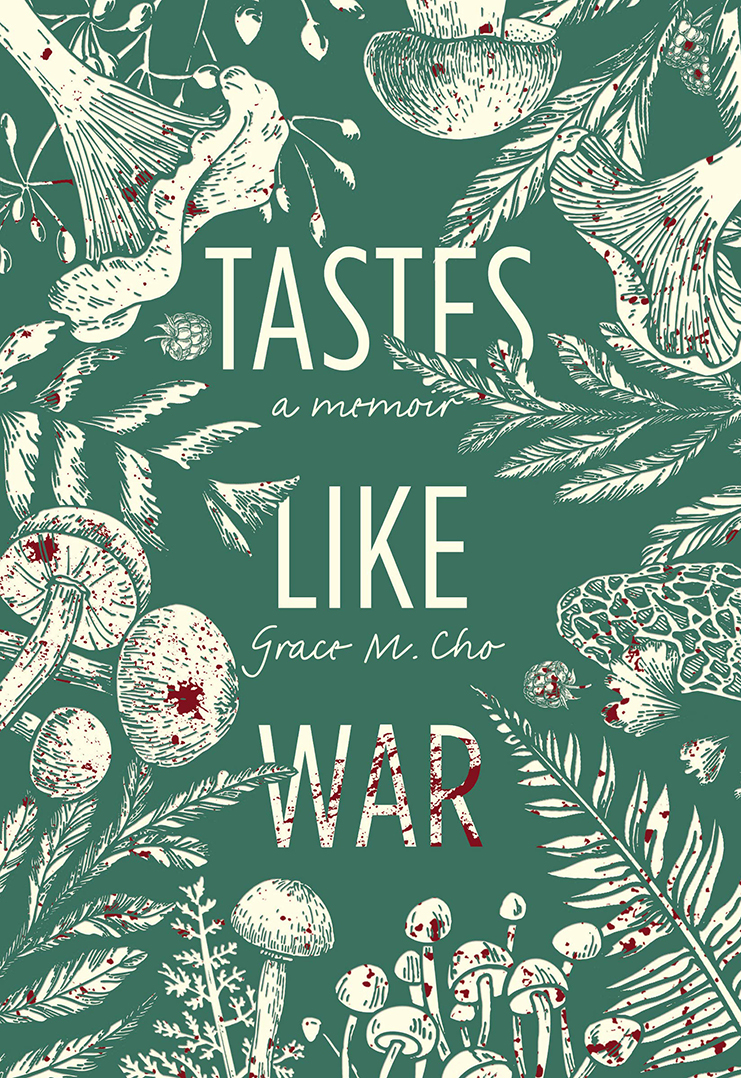 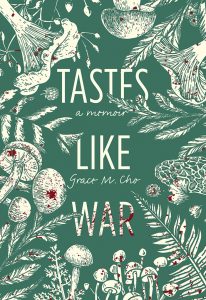 I remember getting Hershey’s chocolates as occasional treats when I was a child in South Korea. I remember the colorful packaging of Hershey’s Miniatures (the red ones were my favorite), and the distinct shape and silver foil packaging of the Kisses. To this day, they remind me of and taste like “America,” which may sound odd coming from an American who has been living in America for some 30-odd years.

For several generations of Koreans, American items like Hershey’s chocolates, instant coffee and SPAM served as both delicacy and as reminders of the bitter legacies of Korean War (which never officially ended) and of the United States’ ongoing neocolonial relationship to South Korea. In this, perhaps they also mirrored the contradiction that America itself represented: as self-appointed defenders of democracy in Korea and around the world, and at the same time, as occupying force responsible for deaths of countless civilians.

There is a striking moment in the opening chapter of Grace Cho’s memoir where Cho’s mother, who has been refusing to eat, expresses her disgust at powdered milk: “I can’t stand the taste of it. . . . Tastes like war.” Her mother’s declaration serves as an incredibly fitting title to a memoir that does the complex work of tracing these and other contradictions: how food, family and home may represent comfort and sustenance but also trauma and violence at the same time.

Tastes Like War traces both the author’s own story, from her childhood in Chehalis, Washington to her professional life as a scholar on the east coast, as well as her mother’s, from her move to the United States as the young bride to a much older white American soldier and the onset and development of schizophrenia. The book weaves together the two women’s stories: how the mother’s illness, her relationship to food and to her family have been shaped by war, history and migration and in turn, how Cho’s own professional path and scholarly inquiry have been shaped by her mother.

Cho’s scholarly work focuses on the figures of the camptown women (women who work in and around American military bases in Korea, including sex workers), and the ways in which they function as bearers of violent histories of militarism and colonialism. Accordingly, Cho brings a scholar’s and social scientist’s eye to her mother’s story, showing how the individual and the personal are inextricably tied to and shaped by the social and the historical.

In one chapter, she recalls how her mother used to feed new arrivals in Chehalis with homemade Korean food. Most of these newcomers were Korean transnational adoptees, who, unlike immigrants who move with their biological families, were isolated from other Koreans and Korean food, as Cho’s mother was.

Sharing homemade dishes as an act of familial or communal love is a fairly common trope in memoirs and food writing. But in Cho’s narrative, her mother’s act of making kimchi for the adoptees is also a recognition of their “common legacy as militarized subjects” and their shared history of war, trauma, and imperialism. The fairly large number of Korean adoptees in Washington is no accident either. Holt Agency, the first such agency to begin facilitating international adoption from Korea, was founded and based in the Pacific Northwest.

Similarly, Cho’s research into her mother’s schizophrenia also reveals that her illness is not biological destiny. She comes across a study that suggests various “social risk factors” which include conditions such as early exposure to trauma and violence, isolation in a white neighborhood or community (for a person of color), leading her to an understanding: “My mother didn’t have to be schizophrenic.”

The narrative often shifts back and forth between different times and places in the two women’s lives, rather than consistently following a linear chronology. For a memoir that centers on the intersections of food, history and mental illness, the logic makes sense. After all, our memories come to us in fragments and flashes, not as a tidy narrative. And as Salman Rushdie notes in his essay “Imaginary Homelands,” sometimes these fragments, what he likened to pieces of a broken mirror, can have the power to reflect our truths more sharply and precisely.

Tastes Like War is a compelling reminder that our lives are connected to and reflect the legacies of collective histories and experiences. It is perhaps especially resonant for Asian Americans who bear the long history of America’s military interventions in Asia and the Pacific throughout much of 20th century.

The military bases are still around, not just in South Korea but in the Philippines, Pacific Islands, Okinawa, and elsewhere around the world. After all, it is not just Korean Americans who remember and love Hershey’s chocolates and SPAM (hello, SPAM musubi). I don’t really buy Hershey’s chocolates these days, but I still make the occasional kimchi fried rice with SPAM. It is delicious—but I know I can’t eat it too often.

Grace Cho’s Tastes Like War: A Memoir has recently been nominated as a finalist for the 2021 National Book Awards for nonfiction.