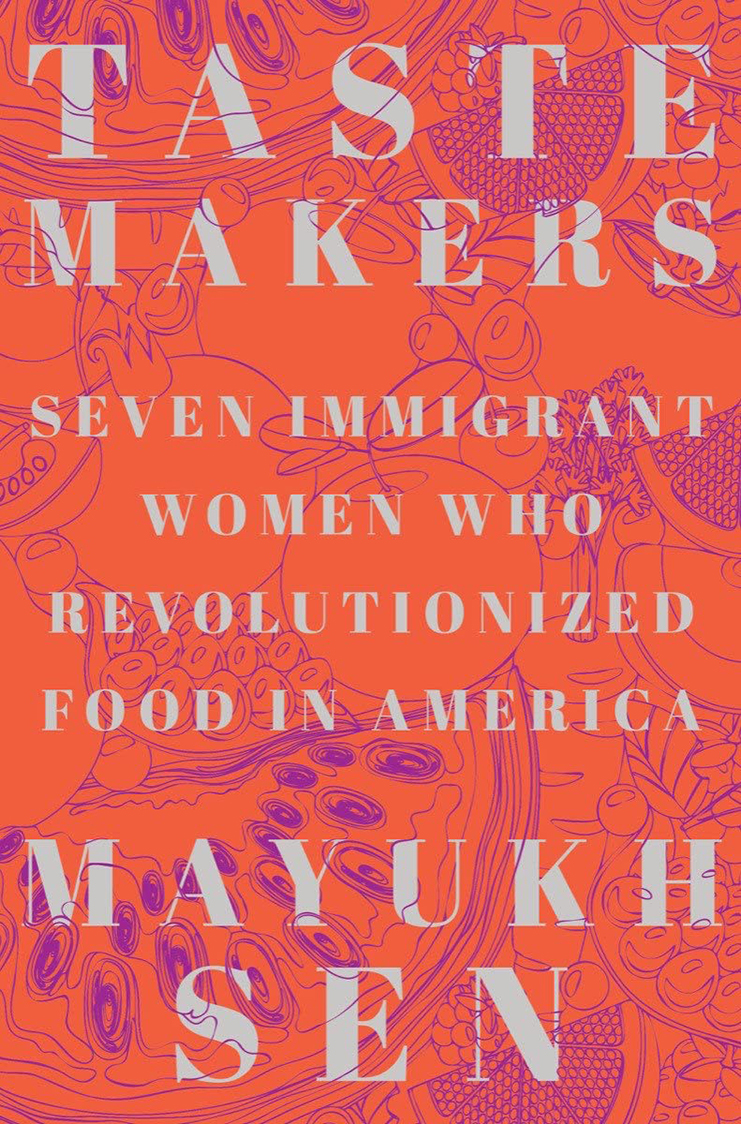 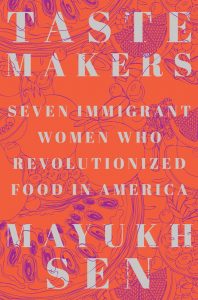 Mayukh Sen is not your run-of-the-mill cooking book author. Nor is his Taste Makers a typical subject for a text on the topic.

Sen got his start in food writing in 2017 at Food52, a recipe and cookware site, where he penned articles focused on the marginalized and special features that piqued readers’ curiosity. His first notable piece How—and Why—Did Fruitcake Become a Slur? explored the holiday gastronomical concoction synonymous with a homophobic insult. “As someone who’s queer and Bengal,” Sen states, “I grew up eating fruitcake and really treasuring it. I sit in between these two meanings of the word and explored that whole idea in detail, where I metabolized all of that personal writing very early on in my food writing career.”

A son of immigrants, he was born and raised in New Jersey. Although Sen’s belief that “a food story resides in everyone in some capacity,” by 2018, he had “exhausted every food story that (lived) inside me.” Yet, the following year in a tribute to his writing prowess and prolific output, his work was anthologized in The Best American Food Writing 2019 followed by The Best American Food Writing 2021. And at 26, he won the James Beard Journalism Award in Profile Writing.

“I think,” he observed, “the term ‘food writer’ implies a certain kind of skill set and a love of cooking that, neither of which I really possess.”  Early on, Sen perceived he was “writing from a center of gravity that differed from those of (his) peers.” Ultimately, he commented, it “directed (his) narrative gaze toward story subjects who. . . felt that they did not belong” – who “tended to be people of color, queer people, women, or immigrants” who “floated on the margins of the food world” and “pushed their way to the center by sheer force” eventually becoming “persuasive enough to get powerful people to listen.”

Perhaps it was his self-identity, co-mingled with that of his “narrative gaze”, that ignited and fueled his focus, leading to his 259-page Taste Makers tomb. Resisting the conventional foodie-world canon, concentrated on the reigning homogeneously privileged, male dominated centers of culinary attention, Sen chose instead to profile seven immigrant women marginalized due to gender discrimination, and furthered by the extraneous baggage of race, ethnicity, color, sexual orientation, disability and/or proletariat origins.

Initially, Sen sought “to tell the story of immigration in America through the prism of food” but settled on a “more radical approach of how immigrant women had revolutionized food in America” by making an “especially deep impression on the way America cooks and eats.”

The selected seven arrived from abroad, clambering onto U.S. shores to forge new lives in their adopted homelands. The majority lived between 1889 to 2018; two remain alive today. These pioneering women, who presented their native foods to the world exhibited “no shame, only pride” in the process.

Chao Yang Buwei (1889-1981) from Nanking, China – author of the first comprehensive, genuine Chinese cookbook, How to Cook and Eat in Chinese; Elena Zelayeta (1897-1974) from Mexico City who as an adult lost her eyesight, yet learned to cook and star as the host of a Mexican-American televised cooking show seen throughout California; Madeleine Kamman (1930-2018) who arrived from Courbevoie, France and challenged Julia Child’s throne as the “emissary for French cooking” settled in Middlebury, Vermont; Marcella Hazan (1924-2013) from Cesenatico, Italy became an authority on Italian cooking with her multiple cookbooks while living in Longboat Key, Florida; Julie Sahni (1945 – ) from Kanpur, British India was a “cookbook author, cooking teacher”, and the first NYC executive chef of a fine-dining restaurant; Najmieh Batmanglij (1947 – ) an exile from Tehran since the 1979 Iranian Revolution, self-published eight Iranian cookbooks, establishing her as an authority in the field; Norma Shirley (1938-2010) from St. James Parish, Jamaica worked for two decades in Massachusetts and New York, returned to settle in Kingston, Jamaica, opening a series of restaurants which led to a “food revolution in the country” and “a place of respect in America” for Jamaican cuisine.

Sen pens the stories of the seven immigrants along with an “interlude chapter” featuring American-born Julia Child, whose rise to revolutionary culinary success in the U.S., he notes, “deserved her inclusion in the book by virtue of her free-spirited, self-reliant endeavors.”The legendary, frequently quoted Child (“A party without cake is just a meeting”; “It’s so beautifully arranged on the plate, you know someone’s fingers have been all over it.”; “Always remember: If you’re alone in the kitchen and you drop the lamb, you can always just pick it up. Who’s going to know?”) was idolized around the world.  Those who witnessed Child preparing dishes in her tele-kitchen would most likely be counted among her ardent fanbase.

The unique stories of the women, recorded in relatively short chapters, leads the reader through a serialized labyrinth through which defeats are laid to rest utilizing various means, bolstered by their strong wills and herculean efforts.

Of the 259 pages in the book, the total number allocated to the women is a puzzling 159. The final section of the book, which some might find curious, is a surprisingly extensive 100 pages in length. What accounts for this is Sen’s modus operandi wherein he devotes enormous energy spent on researching source materials – groundwork from which the book is based.

“In retracing the lives of these women,” Sen writes, “I worked from the memoirs and cookbooks they wrote” including scouring interviews of press, family, friends and professional associates. With those women still alive at the time, he also met for discussions regarding their experiences and reflections. The resulting 100 pages are formed into chapters: Afterword, Notes on Process, Sources, Notes and Suggestions for Further Reading. They are significant contributions to Taste Makers – a book that not only documents a remarkable collection of lives but chronicles the working methods of an exceptional writer.

Taste Makers: Seven Immigrant Women Who Revolutionized Food in America is an extraordinary book. For those with an ardent interest in food (eat, shop, read, dream about it) and those who on occasion ponder over what’s on their plate and why, Sen’s work provides a notable vehicle on the topic for further exploration and discovery.