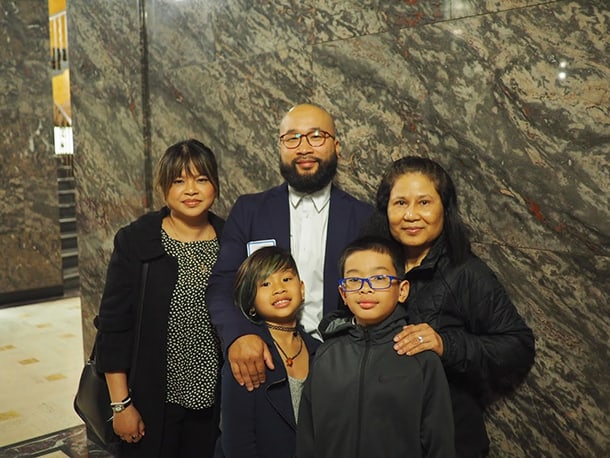 On April 10, 2018, the city of Tacoma passed a resolution appointing 11 members to the Commission on Immigrants and Refugees Affairs. This follows a December 13, 2017, resolution establishing the need to create the commission. “[The] purpose of the Commission is to better engage Tacoma’s immigrant and refugee communities and to work with community partners to identify and advance positive outcomes for members of this population.” The resolution was sponsored by Councilmember Keith Blocker, who represents District 3.

The Commission’s responsibilities will be to work specifically with issues impacting the immigrant and refugee community of Tacoma, acting as an advisory body to Tacoma legislators and policy makers. Each member who is nominated must be appointed by a majority vote by Tacoma City Council. Each commissioner will serve a three-year term and must live or have strong ties in Tacoma. The Commission’s administrative support will come from Tacoma’s Office of Equity and Human Rights.

The commission was also created with the intent of working to capture representation from all communities in Tacoma, including age groups. “We’re one of the first commissions that designated a youth position,” says Alison Beason. The resolution establishing the commission designates that one spot be a youth or young adult under the age of 25.

“We have people who have a background in Cambodia, the Congo, Hong Kong, Colombia,” adds Beason.

Understanding that the community this commission seeks to represents includes many people who may not be comfortable identifying themselves into specific categories, the application process doesn’t require applicants to self identify in certain areas including gender and citizenship status.

According to the 2010 census, 13 percent of Tacoma residents are foreign born. However, Alison Beason who is a policy analyst for the city of Tacoma and advisor to the commission cautions against relying on those numbers. “It’s hard to get an accurate count due to the fact that some people don’t want to self-identify that information,” said Beason.

Although she was born in the United States and is a citizen, Maria Villalpando Ramos, one of the commissioners, isn’t immune to the trauma of being on the receiving end of US immigration policy. “My father was deported when I was five,” she says. “Although I was born here… my mom was undocumented most of her life, I definitely feel the undocumented struggle… going through that experience with my mother made me see all those other issues that immigration [policy] creates.”

Commissioner Jefferson Mok seeks to use his platform on the commission to “give to others by drawing on different parts of my life.”

Mok, who works at Sound Outreach, a local nonprofit in the Hilltop neighborhood of Tacoma, speaks multiple languages and has lived all over the world, giving him a unique multi- geographic and ethnic life experience.

As the different immigrant and refugee communities grapple with the Trump Administration’s hardline approach to enforcing immigration law, some commission members believe that the current climate creates a perfect storm for these communities, who might not have otherwise crossed paths, to share resources and collaborate to improve and advocate as a unit.

“During a time when we need to come together more than ever, the city of Tacoma recognizes the impact of immigrants and refugees on its community… We are only as strong as our communities, and this commission is a critical piece to ensure we all have the opportunity to thrive together,” said commissioner Silong Chhun.

Chhun is a life-long resident of Tacoma’s eastside and also sits on the Metro Parks Arts and Heritage Advisory Council.

“For these matters, it’s not only important for us to bring our own opinion or experiences but to also be able to listen to other experiences in the [other] communities and what’s occurring [there]. I haven’t been able to be a part of something where I can go on and listen to someone else’s experiences,” Ramos.

Ramos also mentions that the establishment of the commission marks the first time the struggle of the immigrant and refugee communities have reached a place where they can directly influence city policy.

“Having seen that we’ve had the detention center [Northwest Detention Center] in Tacoma for so long… I thought this was a pivotal moment for us to make a difference in the community.

There’s groups outside of the detention center that protest [but] there hasn’t been anything like a commission to say, ‘city council, here…this is what our community is thinking.”

The Northwest Detention Center is the largest holding center in the region for people accused of violating immigration law. Established in 2004, it is operated by the Geo Group, a company specializing in for-profit prisons and contracted by the Department of Homeland Security, to hold prisoners under its jurisdiction. The detention center has a population of 1,575 inmates.

In 2015, Tacoma City Council declared that Tacoma is a Welcoming City under the Welcoming America Program and renewed that commitment again on September 13, 2017, by passing a new proclamation.

“We contribute to the Welcoming Cities program. What does that define, what does that mean, what are [we] going to do? How are we a welcoming city if we don’t even understand the people we are trying to welcome and include?” said Beason when talking about why the city helped create the commission.

While the community recognizes the establishment of the commission as a huge step, commissioner Mok cautions that the impact remains to be seen. “Even though we now have a Commission on Immigrant and Refugee Affairs and we also have a supportive City Council, it will take a lot of effort to transform goodwill and supportive speeches into policy ideas.”