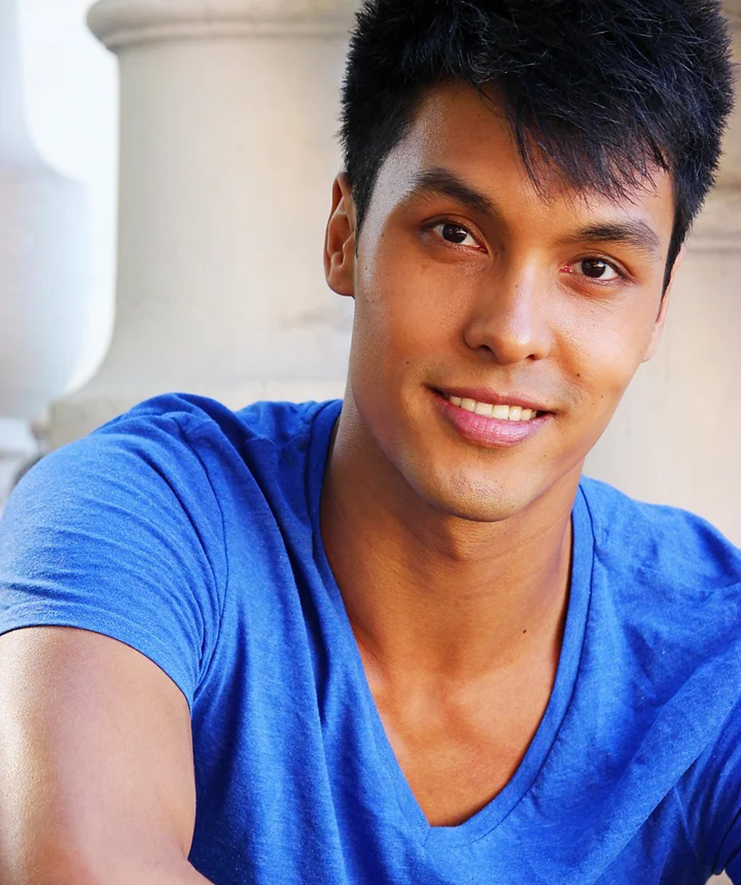 Local musical theatre performer Kawika Huston is gracing Puget Sound theatre and school stages from north to south, and he can now be seen in The Village Theatre’s production of Cinderella, as well as in the 5th Avenue Theatre’s Educational Touring Company, which is bringing a book-focused show entitled Northwest Bookshelf to students in the Pacific Northwest.

Musical theatre has been in Huston’s blood from a young age, after he saw Aladdin at Disney’s California Adventure.  “I remember going to see Aladdin by myself because my parents wanted to do other things, and that show is what made me want to pursue musical theatre professionally,” he recounted. “I remember being in tears at the start of the overture just from the excitement of it all, and being in tears multiple times during the show because I was so moved by the production’s beauty.”

And that passion never faded as Huston became an adult.  “I saw my first Broadway show when I was 19, I was a first-year at the University of Puget Sound (UPS), and a friend and I went to see Wicked at the Paramount in Seattle,” he shared. “In high school, I used to listen to the Wicked cast recording when I couldn’t sleep, so finally seeing it on stage was such a dream come true.”

Huston was involved in choir and drama club throughout high school, but initially studied piano at the UPS.  “My heart wasn’t in it, so my instructors suggested I take voice lessons instead,” he said. “That was definitely the right choice, and I’ve been using my voice with joy ever since.”

And that voice, Huston believes, is stronger as part of an ensemble.  “I’m a true believer that musical theatre is a collaborative, communal experience,” he asserted.  “I’m made better by my fellow artists that I meet along my journey, in each production, those who push me, challenge me, teach me, encourage me, and celebrate me.”

That ensemble does not consist only of current artists.  “I see my voice as not only my own, but also the result of millennia of countless ancestors who were also artists and singers who came before me,” he said, “and my voice is merely an extension of that line, a blip on that spectrum.”

After leaving his home town of Hilo, Hawaii, to study at UPS, Huston has remained in Tacoma for the past fifteen years.  “Hilo is a relatively small city, and I remember always wanting more,” he remembered. “I wanted more access to new experiences, learning, different people and ideas, theatre, and I came to realize that I likely needed to leave home in order to access these things.”

Tacoma is now a place that Huston has grown to love.  “It’s a city with a feeling of familiarity, of community, that I’ve really come to adore,” he said. “I’d like to say it’s a well-kept secret of how brilliant Tacoma is, but I don’t think it’s much of a secret any longer, given how a lot of people seem to be moving here from surrounding areas.”

Now, Huston has a multi-faceted career, as both a performer and a licensed mental health counselor.  “I wanted flexibility, agency, and better pay after graduate school, and managing my own private practice was the way to go for me,” he said. “I’ve really been enjoying the balance that has come with doing both professions, and I hope to continue doing both for as long as I’m able to.”

While studying mental health, Huston had taken a five-year break from musical theatre, but couldn’t stay away. “If I didn’t try to pursue musical theatre professionally, it would be something I would regret,” he recalled.  “They both allow me to flex my creative muscles in different ways.”

Some of Huston’s work is to prepare as an understudy for a lead actor, and be ready to perform in case the other actor cannot.  “Will it be exactly the same as the person I am covering?” he acknowledged. “Some of the biggest lessons for me as a performer were to learn how to believe in myself and what I can do, trust my choices and commit to them, and to let go of perfection.”

And the casting of this production, overall, satisfies Huston.  “You don’t often see Asian men like me represented in romantic lead roles,” he said.  “Our Cinderella, Ays Garcia, is Filipina, and this kind of representation matters, so I’m really grateful that we get to share this with young audiences.”

Huston admits that he sometimes struggles with pessimism, and he finds Cinderella to be a good antidote.  “This story pushes me and challenges me to cultivate the hopeful part of my personality,” he elaborated. “I think my own therapist would be really happy to hear me say that!”

And Huston’s inclusion in the 5th Avenue Theatre’s Educational Touring Company fosters his health and happiness in additional ways.  “The pandemic helped me clarify a few things, like how much I enjoy traveling, how important exercise is for maintaining my mental health and my sanity,” he said.  “I realized that there was no time like the present to pursue my dream of performing on a professional stage.”

Rehearsals for the 5th Avenue’s Northwest Bookshelf begin in February.  “I get to learn the material on my own and start doing some thinking about building my characters,” Huston said. “My favorite character I play is Jelly, a jellyfish who befriends a narwhal and learns that if you don’t have a circle of friends, or in Narwhal’s case, a pod, you can make your own.”

These are important lessons, Huston feels, for school-age children. “Not everyone will want to be your friend,” Huston explained.  “Most people will, but not everyone, and that’s okay, and you will be okay.”