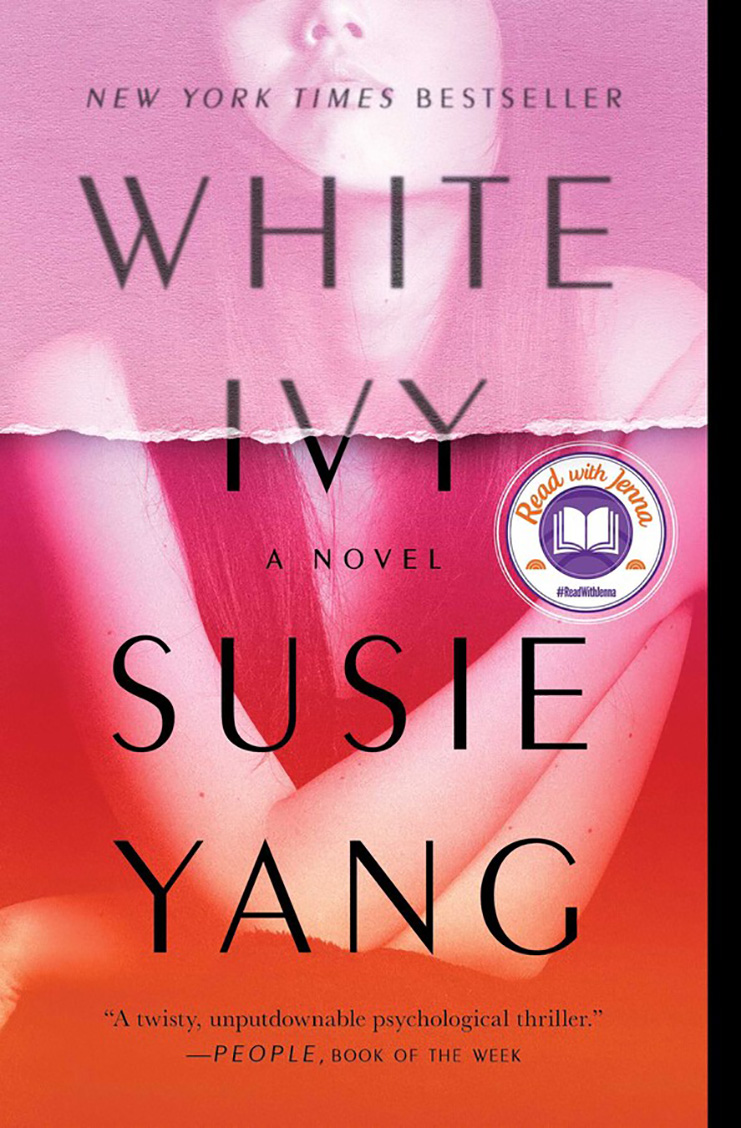 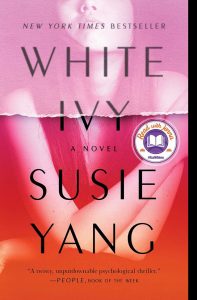 Cinderella stories never get old, no matter how many versions we read. And contemporary immigrant narratives are so relatable and timely that it’s easy to imagine the trope’s permanent induction into the literary canon.

Debut author Susie Yang attempts to blend these themes in White Ivy, the tale of a young Chinese American girl who loses her identity climbing America’s elite social ladder. While not entirely original, Yang’s concept could have added another interesting female protagonist to Asian American fiction. However, she gets so tripped up by plot holes and poor character development that we finish the novel more confused than enlightened.

White Ivy begins conventionally enough: we meet Ivy Lin as an insecure eighth grader with a penchant for shoplifting to compensate for her shabby second-hand clothing. Ivy picked up this habit while she was still living in China with her grandmother, Meifeng, who’d agreed to raise Ivy until her parents could afford for her to join them in the United States. But when five-year-old Ivy arrives, she discovers she’s been supplanted by a gender-superior baby brother – and that her parents’ cramped house on the wrong side of town put her at a distinct disadvantage to her mostly white, often affluent classmates.

This first part of the novel introduces both Ivy’s love interests – an introverted, upper class boy named Gideon Speyer and a teenage Romanian immigrant named Roux Roman – as well as the social insecurity that she’ll battle throughout the novel. Unfortunately, Yang’s technique as a debut author makes it difficult to begin building relationships with the characters beyond these surface plot points: Part One ends with a cliffhanger romantic exchange between Ivy and Roux, but the impact is lost since the story is told primarily in summary until this point, and Part Two picks up on a different note.

Like the dissonance between Parts One and Two, Part Three surprises us by fast-forwarding about 15 years. Ivy is in her mid-20s, and we infer that she’s an elementary school teacher who’s just exited a long-term relationship. In the next few paragraphs, she’s randomly reunited with Gideon’s sister, Sylvia, and scores an invitation to Speyer’s New Year’s Eve Party. “Here, give me your number,” Sylvia offers, unprompted. “If you don’t have any plans yet on the thirty-first, I’m throwing a small New Year’s party at my house. I’d love for you to come. Gideon will be there, you two can catch up.” If it seems far-fetched that an educated woman would harbor feelings for an unrequited eighth grade crush for almost two decades, it seems even farther-fetched that Gideon’s sister would extend an invitation to a semi-acquaintance she didn’t remember on first sight.

Nevertheless, Ivy makes her way to the party and eventually finagles a date with Gideon – although this takes more time and effort than obtaining the original party invitation. Yang’s writing style begins improving in Part Three – primarily through increased dialogue – and her characters also become more relatable. We form enough of an attachment to Ivy for us to join her in wondering why Gideon  finally proposes if he doesn’t seem physically attracted to her, and we share her anxiety when Roux reappears as Sylvia’s boyfriend. A more mature novelist would have given us a three-dimensional picture of all the novel’s characters, but our connection to Ivy might sustain some readers until the end of the book. At the very least, Ivy’s conversation with Gideon toward the end of the book finally illuminates her real predicament. She’s just announced that she doesn’t want to return to teaching to please her parents, or retake the LSAT and apply to law school to please her wealthy future in-laws. When Gideon asks her what she wants, Ivy doesn’t know: “I took on teaching to avoid having to go to medical school. My parents always wanted me to be a doctor. They were worried I wouldn’t be able to find a job. That I wouldn’t marry well.”

“What does marriage have to do with it?” He asks her.

This idea of losing oneself in the fruitless effort to satisfy two apparently exclusive cultures isn’t new to the immigrant genre, but Yang could have executed it much better if she had stayed focused on her main theme and hadn’t lost herself in so many subplots. Are we reading about an immigrant teen’s struggle to integrate into a prejudiced, upper-class society? Or a social-climbing Millennial caught in a love triangle? What about the resentful Chinese American daughter torn between her parents’ expectations and her own need for self-actualization? And there’s always the murder-mystery shocker Yang introduces 30 pages before the end.

While White Ivy is too multi-angled to place in a particular genre, and most characters are too under-developed to represent more than stock figures, the novel could still appeal to generalist readers looking for light entertainment. Not every debut novel has to set itself apart as literary fiction, and those who enjoy White Ivy can be excited to see Yang’s work develop with time.