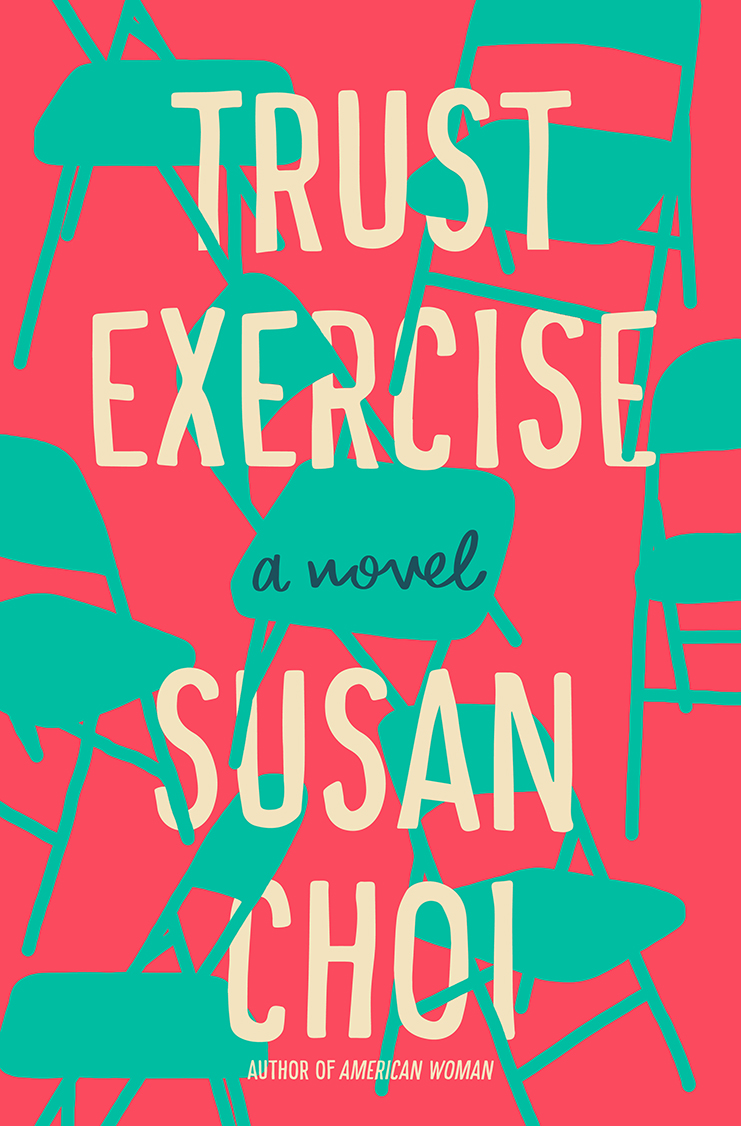 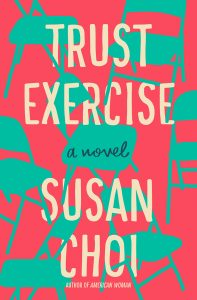 Pulitzer-Prize nominee Susan Choi’s latest book seems to question her own role as a fiction writer and probes the tenuous and unspoken trust writers have with their readers, and the responsibilities storytellers carry. Throughout the book, trust is an important theme that is explored between authority figures and their young followers, and taken from a larger scale, between writers and their readers.

Her book Trust Exercise takes place during the 1980’s and is split into three parts that give three different perspectives of an elite performance arts high school called CAPA, or the Citywide Academy for the Performing Arts. The setting is an unnamed, southern suburban town that is “rich in land, poor in everything else—no bodies of water, no drainage, no hills, no topographical variety of any sort, no public transportation or even the awareness of the lack of such a thing.”

For a town that appears so ignorant and disconnected from the outside world, the students are far from innocent. Its opening pages describe the riveting, electric sexual tension running between its two main characters, Sarah and David. Although the characters seem to have fallen in love for the first time, this was not their initial foray into sexual territory as the book states “neither was a virgin” and that “this might have both sped and slowed what took place.”

One of the striking things about the characters is that although they are young high school students, they give the initial impression that their maturity is on par with college students: Many have already explored sexual relationships, experimented with drugs and alcohol, had part-time jobs, and even owned cars. This image is debunked once they have class with their theater teacher, Mr. Kingsley, who threatens to fail any of his students who writes “theater” instead of “theatre.” He is gay, the first gay person they have met in their provincial existence, and revered by his students because they see him as an iconoclast. It is soon revealed that many of the students are insecure misfits, “children who had previously failed to fit in, or had failed, to the point of acute misery to feel satisfied, and they had seized on creative impulse in the hope of salvation.”

Aware of the esteem his students carried for him, he takes it upon himself to prey on their vulnerability by toying with his students’ lives. He regularly picks out promising students he counsels and mentors, Sarah being one of them, although it is questionable why he chooses her because she does not have much acting talent. His keen sense for trouble brings Sarah and her communication problems with David at the forefront of his attention, a fact of pride for Sarah, even when he betrays her trust and spills what she confides to him to her mother. A central figure in their lives, Mr. Kingsley forgets they are anything but mature, regularly giving them Trust Exercises that have been called into question by parents such as Sarah’s mom, who has argued his methodologies were too adult and mature for her daughter to handle.

As Mr. Kingsley fails to patch Sarah and David’s relationship, particularly through his Trust Exercises, his interest in Sarah wanes, causing him to shift his attention to other students. As her status is lost in both David’s and Mr. Kingsley’s eyes and among her peers, her sense of loss drives her to do desperate things as she loses control over her emotions.

The middle of the book brings a sudden about face as the narrator switches from Sarah to that of her estranged high school friend “Karen.” This narrative takes place years later when they are working adults, and Karen brings new insight into Sarah’s narrative as she straightens out the facts of the events that happened and Sarah’s botched characterizations of the people they both knew.

Whereas the previous narrative details Sarah’s heartache over David and Mr. Kingsley, it could be said that Karen’s narrative details her heartache and disappointment over her friendship with Sarah. At the conclusion of her side of the story, one could argue that the chaotic finale is a methodical revenge plot Karen choreographed to bring psychological turmoil to the characters who have disappointed and wronged her.

Her parting words to Sarah leaves a mystery for readers to ponder over: “What really pissed me off about what you wrote,” says Karen, “is how you wrote so much just like it happened, and then left out the actual truth. Why even do that? Who do you think you’re protecting?”

The third part of the story is told from the perspective of an unknown girl named Claire, but with hints from the text, one might venture to guess that this woman is someone from Karen’s past. As she visits the school that Karen and Sarah attended, she has an experience with a venerable teacher that brings all the events in Sarah’s narration into question and gleans new insight to Karen’s analysis and descriptions.

Trust Exercise will have readers thinking about the role memory and storytelling have on the narratives of their lives and the people they have come to be. Each perspective brought new insight to the events and the characters, bringing new layers of complication and meaning. It also raises the question of how old individuals need to be to take responsibility for their own actions. Even if they are underage but are aware of the full consequences of their decisions and actions, should they be responsible or the authority figure?

This book will surely become a favorite with book clubs and reading groups as there will be plenty to discuss and debate over regarding their interpretations of the events and the issues raised.

Trust Exercise will be released nationwide on Apr. 9. Susan Choi will make an appearance at the Elliott Bay Bookstore on Apr. 10 at 7:00 PM.