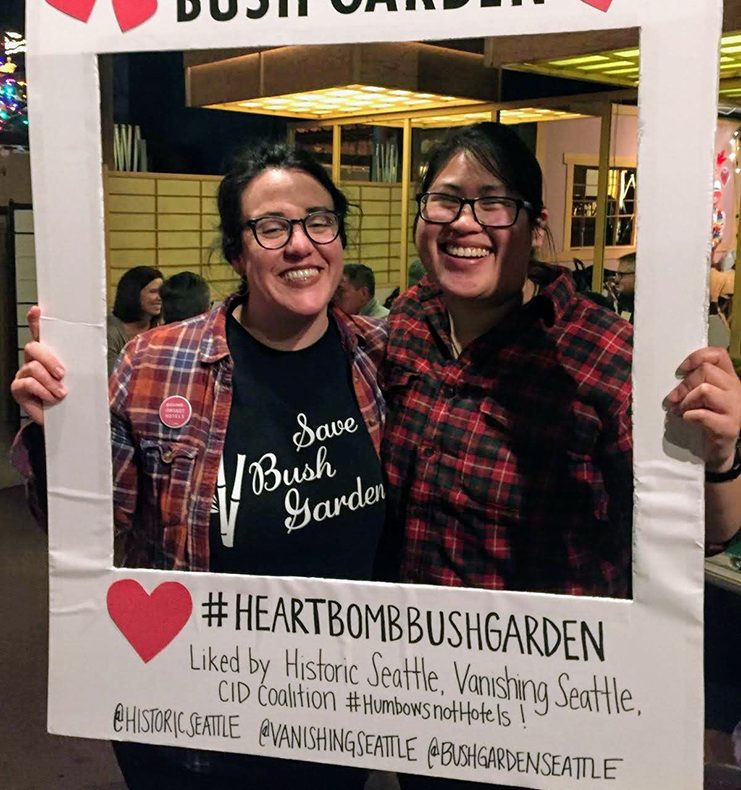 I still think about flipping my partner’s father over.

Late January, my partner, Nina, and I made the drive up from Seattle to Bellingham to meet her family for the first time for make-up Christmas. Nina’s parents are divorced and this past Christmas, she and her mother’s family attended a cousin’s wedding in Texas. Divorced Make-Up Christmas means an anxious weekend of meeting Nina’s family twice.

Nina is yonsei, fourth generation Japanese, by her mother’s side and Scottish/Irish/German/colonizer white descent from her father. Dating her has been a whirlwind of Stockholm syndrome, community organizing with the Chinatown-International District Coalition, cooking and snacking, and, I guess, love.

Christmas with Nina’s mom encompasses a tree, decorations and the Charlie Brown Christmas soundtrack playing in the background. They have a potluck style dinner, and Nina and I help her mother make a salad and green beans. Nina’s brother, Erik, and his partner, Whitney, came over with corn bread. And her grandmother brought paella and a snowball chocolate cake that melts in your mouth. We open Christmas presents and cap off the night with mah-jong.

My family rarely opened presents, but gifted money in red envelopes. My Filipino-Catholic mother does all the cooking for my predominately Chinese-Daoist-Agnostic-Atheist father’s family. My parents, uncle, aunties, cousins, brothers and I would squeeze into a foldout table in a living room that doubled as my older brother’s art studio. This year, Christmas was almost canceled when my cousin gave my uncle too much rice wine and he almost flipped the dinner table as he stumbled to get out.

I thrive on chaotic Christmas.

After Christmas with Nina’s mother, I have no idea what to expect. Nina’s father is a cis-white-hetero-gun-owning-male. He has some similarities to my parents; they’re both in their mid-60’s, openly share unfiltered homophobic remarks, never attended college, and voted for Trump. Nina’s father is a mechanic, my father is an electrician. Both are blue collar workers and share the same sense of style: baseball cap, denim jeans, denim jacket and calloused hands.

Weeks prior, Nina called her father to plan out the dinner menu and let him know that I, her girlfriend, would be coming over in the same context that Erik is bringing his girlfriend Whitney. As in lovers, not friends, colleagues or companions. In these conversations, he never made a comment about me or our relationship.

For Day Two of Divorced Make-Up Christmas, we drive to where Nina’s father lives: outside Bellingham, near the airport, what Nina, to my horror, refers to as “out in the county.” The houses are spotty like cellular service—nerve-racking if I need to make an emergency get-away if things do not go well. Like if he pulls out his gun to protect his 31-year-old queer daughter’s chastity.

He’s a medium build man with a growing beer belly, salt and pepper hair and mustache, oversized round glasses, and smells like cigarettes. Nina introduces me as her girlfriend, and we go inside straight to the kitchen where we begin the women’s work of making dinner while her father and his girlfriend watch John Wayne reruns.

But every now and then, Nina’s father comes in to check in on us. Both hands have a Triscuit cracker topped with cheese that he purposely places in our hands and watches us eat, before grabbing another beer, checking on the prime rib, and going back to watch more John Wayne.

This would be acceptable, even adorable, if it came from a toddler passing out cheese and crackers by hand to all the guests. Cringeworthy when a grown adult passes out cheese and crackers by hand and watches his guests eat it. Most hosts would leave it on a platter and let their guests serve themselves. Not Nina’s father, he wanted to make sure we felt his…hospitality?

Sometimes he will try to make conversation and ask questions like if I am Nina’s co-worker or her friend. Trying to discern how I fit in Nina’s life.

Near the start of dinner, Erik and Whitney come over with Brussels sprouts. Nina’s father hands them cheese and crackers and watches them eat as well. Whitney joins us in the kitchen, while Erik and his father talk about martial arts.

At this point Nina’s father has had a couple of beers and is boasting about his fighting skills and how he can take down anyone, despite being buzzed. To demonstrate, he selects me as his human mannequin. He places his hands on my shoulders and raises his leg against mine, with the goal and objective to flip me over and incapacitate me.

In the meanwhile, two thoughts race in my mind: Do I let him beat me up and reenact the colonization of my ancestors by white men, so that he likes me? Or do I beat his drunken ass up, cancel Divorced Make-Up Christmas, and have Nina break up with me?

Luckily, Nina steps in and neither one of us gets to flip the other to the floor.

Later, wielding a big ass knife as he cuts the prime rib, her father asks me, “How do you like your prime rib?”

“The bloodier the better.” I reply.

“Oh, I like this one! You might have to fight me for it.” Maybe next time. For now, Nina’s father is pleased to celebrate with his kids and their partners, and I’m pleased to have survived Divorced Make-Up Christmas.