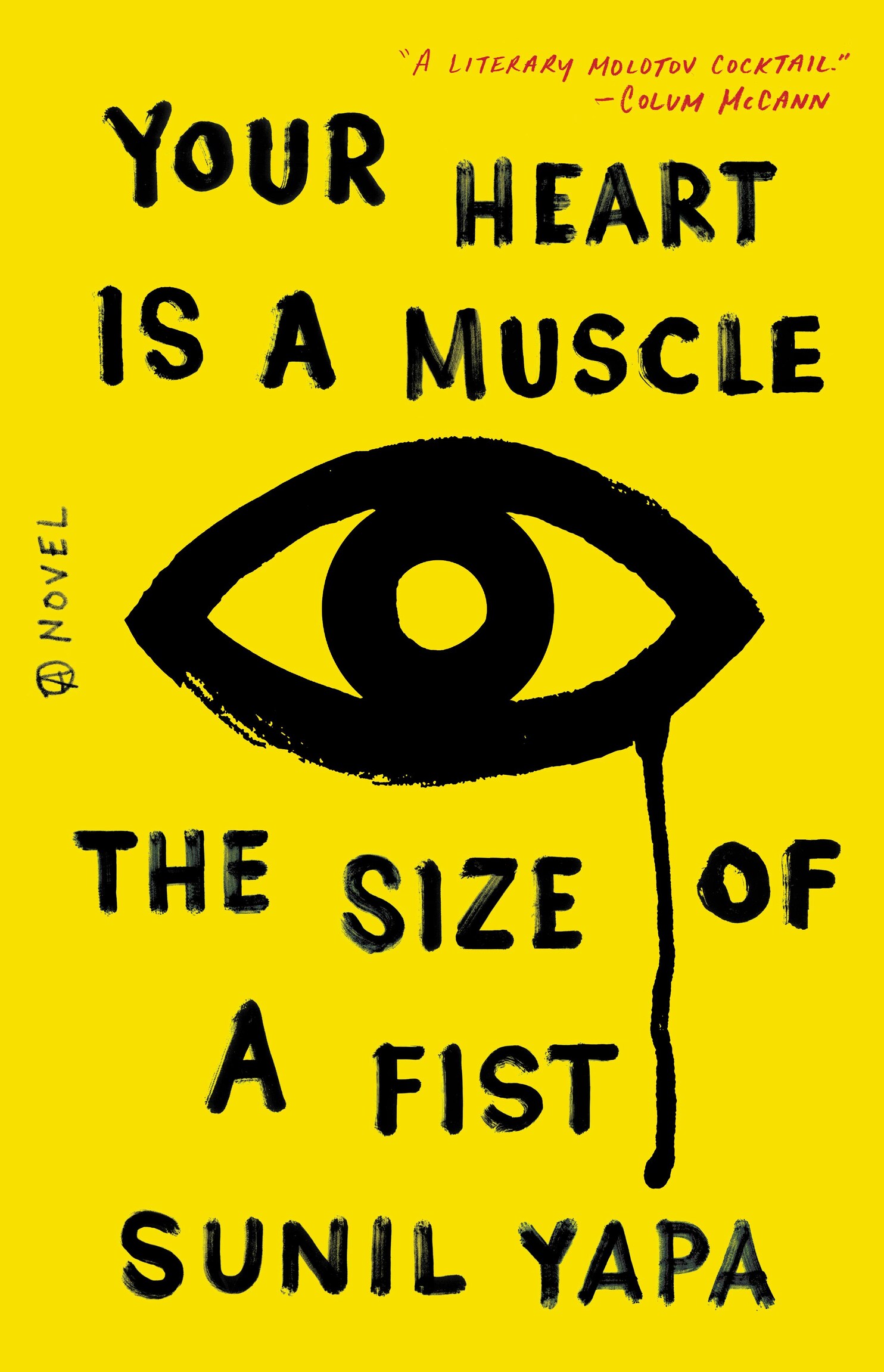 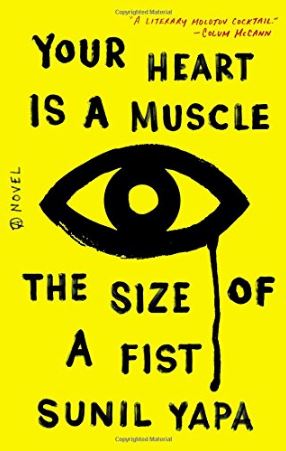 For those of us who have lived in Seattle for a while, the memories of November 30, 1999—when the Battle for Seattle took place and thousands of protesters organized against the WTO ministerial meetings to resist globalization—are etched in our minds. Sunil Yapa’s debut novel, Your Heart is a Muscle the Size of a Fist, revisits that historic day to capture the events from the perspective of several characters—Victor, a 19-year-old black man; Chief Bishop, the embattled chief of police and Victor’s stepfather; Ju and Park, two police officers who bring memories of other cities and difficult policing moments; King and John Henry, two non-violent activists; and Charles Wickramasinghe, the Sri Lankan nance minister and delegate to the WTO.

Victor is the main focus of the narrative. He is a young black man who dropped out of school at 16 to experience the world and left his stepfather’s home after his mother died. He is at the protest to sell weed so he can make enough money to buy his next plane ticket. Victor has too much love for the world and is soon drawn into the protests by King and volunteers to sit in at an intersection bound to other protesters so the delegates cannot cross from their hotels to the convention center. John Henry, the leader of a non-violent protest group, locks himself in with Victor and helps him through the fear and pain of resisting escalating police violence. King, a street medic, who has survived her own traumas of sexual assault and border crossings, provides support to the protesters as she offers first aid to those who are facing chemical attacks from the police. Through these three characters, Yapa shows how on-the-ground solidarity develops and how activists plan and train for direct action. As all these Americans join forces to protest the exploitation of the Third World, there is some subtle questioning of who represents the Third World and why.

In contrast to the activists and their response to the problems of the developing nations is the interspersed narrative of Charles Wickramasinghe, a Sri Lankan minister, who has worked for five years traversing the globe seeking signatories who would support Sri Lanka’s entry into the World Trade Organization. He dreams of modernizing a civil war-torn Sri Lanka and making it an economic player that does more than supply servants to the wealthy in other countries. When he tries to go from the hotel to the Convention Center to make his important meeting with President Clinton, the last needed signature for his petition, he is tear gassed and arrested. His encounter with other arrested activists is a turning point in his understanding of the issues from the activists’ perspectives.

In Manichean opposition to the protesters are the police officers—Chief Bishop, Ju and Park. While the chief is mourning his dead wife and seeking his estranged son, he also remains entrenched in the belief that this was his city and he could handle the protesters. Ju and Park are scarred (both literally and metaphorically) by their experiences with the Rodney King riots in LA and the Oklahoma City bombing, respectively. These personal histories, then, become the catalyst for the escalation of police violence during the riots—the novelist finds motivation in fiction for the historical events.

While the novel recreates the tensions of the 1999 events and is at its best when it goes into the details of different actors’ emotions as the confrontation occurs, its limitation is that the family drama—the father-son tensions that pivot on the axis of race and policing—reduces the larger historical issues to a backdrop for the personal narrative. In an era of the Black Lives Matter movement which has drawn so much attention to the biases in policing, the familial drama runs the risk of suggesting that such police brutality is less about institutions and power and more about unresolved personal issues. The same problem occurs with the back story for Ju and Park—are we to excuse Park because he was a hero in Oklahoma City? Even as this narrative looks back at anti-globalization movements prior to 9/11, this novel’s sensibility and appeal to the present-day audience may be in that in a post 9/11 world, in an era of rampant xenophobia and economic isolationism signaled by Brexit and the Trump agenda, we need to revisit our past for the lessons it offers.

Sunil Yapa will read in Seattle on May 11 at 7:30 p.m. at Town Hall Seattle as part of Seattle Arts and Lectures.