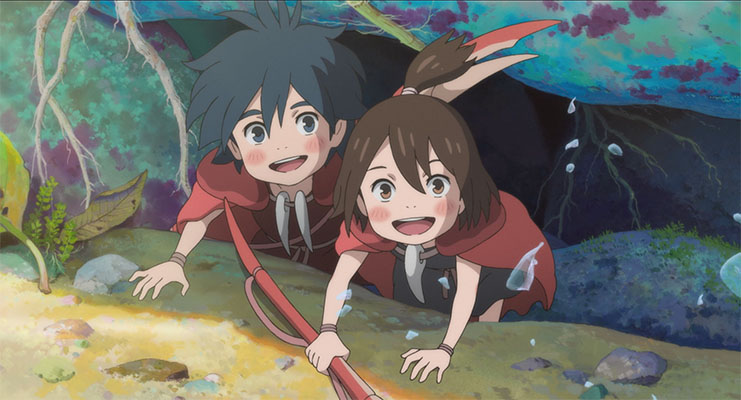 When it was announced to lead film producer Yoshiaki Nishimura that production would shut down at Studio Ghibli after its completion of the 2014 feature film, “When Marnie Was There,” his desire to continue making movies kindled a resolve to create another animation studio that would carry on the same values and the same quality of work as its predecessor. With Academy Award-nominated director Hiromasa Yonebayashi at the helm, along with animators from Studio Ghibli, Nishimura founded Studio Ponoc in June 2015.

“Ponoc” is the Croatian word for “midnight” or “the start of a new day,” which was a telling name to give to the studio considering Nishimura had to start doing everything from scratch. Without the Studio Ghibli name to back him up, it was difficult to attain financing, which made it difficult to provide even the basic equipment for the production studio or build up interest or enthusiasm with the press. Despite the risks involved, Nishimura and his colleagues decided to start off with the daunting task of making their first project a feature film instead of a short film, which would have been a more common endeavor for a fledgling production studio.

Since he and his fellow colleagues, the next generation of animators, are around the same age as Hayao Miyazaki and Toshio Suzuki when they had founded Studio Ghibli, Nishimura wanted to veer away from the themes of loss and parting that have been the dominant focus of recent films from Studio Ghibli due to the relevance they had with its founders’ lives. As a father of young children, Nishimura wanted to revert to the lively and energetic films that the founders created in their 30s and 40s. Two years after Studio Ponoc’s founding, its first feature film, Mary and the Witch’s Flower, based on the children’s book The Little Broomstick by English writer Mary Stewart, was released in Japan with a January 2018 release in the U.S.

The studio is now focusing on short films created under a new label called Ponoc Short Films Theatre, an anthology of short films divided into volumes under different themes. The first volume in this series is called Modest Heroes with three short films: Kanini and Kanino, Life Ain’t Gonna Lose and Invisible. Originally, the plan was to have four short films, but the director Isao Takahata, who had been working on one of them, passed away in April.

Following in the footsteps of animation bigwigs Disney and Pixar, Nishimura and his production team wanted to set themselves up with challenges that would help evolve their studio’s branding. By choosing to make short films, they would need to overcome the difficulties commonly presented in short film production with little experience to guide them.

The theme of modest heroes was chosen to sing the praises of unsung heroes: People who are not noticed for what they do but live the best they can, making changes within the small existence that they lead. Believing that drawing courageous people will help lead and inspire a generation of young people into the future past 2020, Nishimura hopes to convey the importance of small and modest things.

Kanini and Kanino
Written and directed by Hiromasa Yonebayashi, Kanini and Kanino are young, human-like crab siblings living in a shallow underwater realm, reminiscent of a river. Toto, their father, is their sole guardian while their mother, Kaka, has left to give birth. Missing her, Kanino attempts to follow the path of her mother, only to be caught in a rough current. Toto manages to save her, but he gets swept away by a sudden onslaught of bubbles carried on by the current. Until Kaka returns, Kanini and Kanino must deal with the very real possibility of the loss of their father and the situation immediately at hand: Being on their own and fending for themselves against predators. This is Yonebayashi’s first original story.

Life Ain’t Gonna Lose
Making his directorial debut, acclaimed animator Yoshiyuki Momose presents a story that many parents can relate to. Shun is good at sports and loves baseball. His healthy and active exterior belies a serious allergic reaction he has to eggs that could cause him to die if left unattended. His mother, a dance instructor who made this discovery when he was a baby, has been juggling a dance career while carefully monitoring what he eats to make sure he does not go into anaphylactic shock. Although she is concerned about his health, she wants him to experience a normal life and advocates for him at school to have the same experiences as his peers. Shun’s wits are put to the test when he inadvertently eats ice cream that has eggs in the ingredients after he returns home from baseball practice. 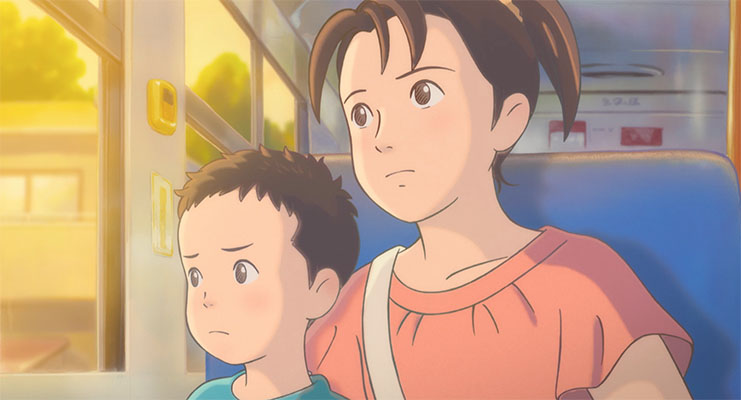 Invisible
Directed by veteran animator and character designer Akihiko Yamashita, this last film has a more mature edge as it follows a young, extremely shy man whose reluctance to take initiative or make himself be heard has made him invisible to society. There are moments when his features start to literally take shape, such as the time he wants to speak to a girl he has a crush on at the car dealership he works at, but his features quickly disappear as he loses his nerve. Commuting from place-to-place on a scooter with a fire extinguisher slung over his shoulder to cancel out his weightlessness, he craves to be noticed and yearns for human interaction. He is faced with a crucial decision when he sees a potential accident waiting to happen on a highway. What will he do? Will he get involved? 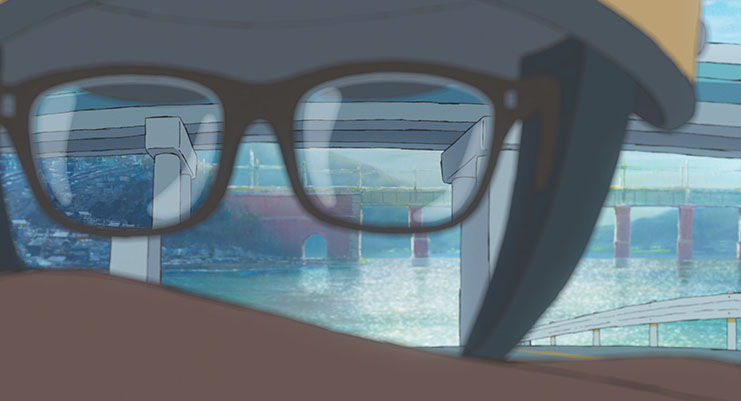