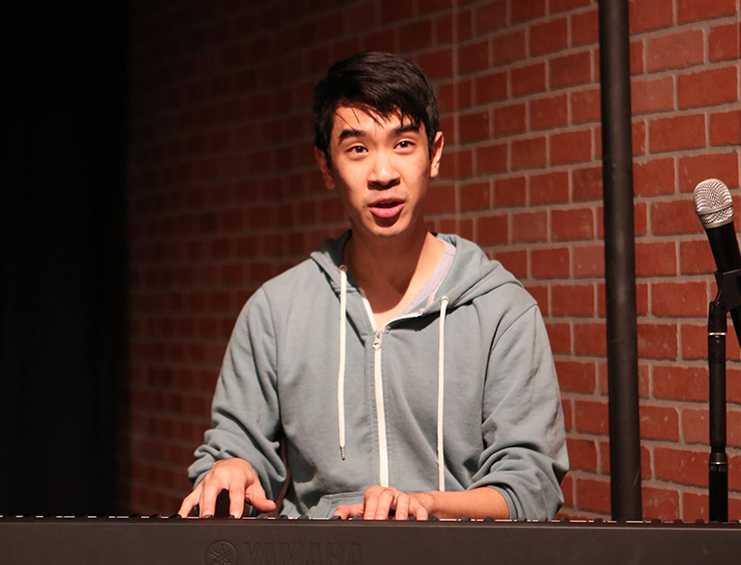 Steven Tran is an actor, writer, and pianist whose recent creation, The Sonata Years, focuses on his high school experience as a second-generation Asian American musician. After a presentation at the Pocket Theater in November, 2018, and a run in January at the We Are Here Festival, Tran dreams of a full production of his original solo show.

Tran’s journey to this point has been lengthy. In the 8th grade, he became irrevocably drawn to theatre when he saw a production of The Lion King in Denver. “I begged my parents to go,” Tran said. “It was a transcendent experience.”

That memory still resonates strongly for Tran. “The atmosphere and the music and the beauty of the show was transformative and powerful,” he said. “I’m kicking myself that I didn’t get the chance to see it here in Seattle this holiday season.”

But he was busy working on his own show, which heavily features his work on the piano. “Throughout high school, piano was my main extracurricular,” Tran said. “I took classical lessons, I accompanied church choir, I played at nursing homes.” 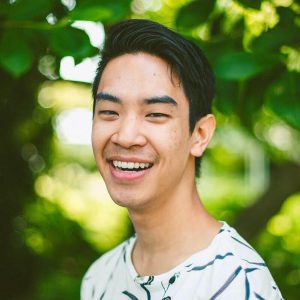 Once he got to college, Tran learned that he could combine theatre and piano. “That’s where I started to music direct,” Tran said. “I acted, I directed, and I began composing as well.”

It was during these studies that Tran added another layer to his experience. “Because my university didn’t have a theatre major, I did the best I could by getting a certificate, or minor, and participating in about five to seven student shows a year, while getting my degree in computer science,” he said. “It was exhausting and worth every second.”

But Tran worked to avoid a scattered focus. “I did my best to combine my interests,” he said. “My junior research paper looked at Mozart sonatas and predictive Markov-chain modeling, and my senior thesis was a theatrical improv performance and iPhone application system.”

After college, Tran continued to learn from others in the local theatre scene, citing Sara Porkalob and Justin Huertas as particular influences. “For one, these two do a lot of different things and excel at all of them,” Tran said. “And second, as someone who had very few, or even zero, Asian theater artists and mentors around me growing up, it is so powerful to see these two take the Seattle scene by storm and, well, dismantle the white patriarchy.”

This social focus has become a permanent part of Tran’s outlook. “After going through the Intiman Emerging Artists Program this summer, where anti-racism training is a major component of the curriculum, I find myself now really thinking about social impact and diversity in and out of the performing arts world,” he said. “I am always looking for ways for theatre to more directly have a social impact, whether through the content or the casting or through theater education.”

Tran has found another way to combine his artistic, technological, and social interests: teaching. “I find theatre education to be so valuable in teaching empathy, patience, and collaboration,” he said. “In turn, I’ve learned these same things!”

He came to this role through his tech work. “I somehow found myself at a big corporate tech firm after college doing program management for Cloud infrastructure,” he said. “I ended up working on a side project where I was helping organize a program where university students teach computer science to under-represented high schoolers. It felt like an initiative that actually mattered in the big realm of corporate technology.”

And the students have made these efforts worthwhile for Tran. “Kids are very surprising,” he said. “You spend all week with a group of rowdy students who can’t seem to retain what you’re teaching, and then at the end, they blow you away with their incredible performances.”

If this seems like a lot for one person to manage, Tran has an explanation. “I’m a workaholic, it’s pretty clear to me, and when you do something you love it’s hard to leave it at the office, or the rehearsal room in this situation,” he said. “I’m working on developing my self-care routine to avoid the stresses of working as a freelancer, but it is a process!”

In the meantime, Tran plans to keep pushing ahead with The Sonata Years. “I’ve never worked on a project as empowering and also as frightening as this one,” he said. “And yet, it is also the most exciting work I’ll probably be doing.”