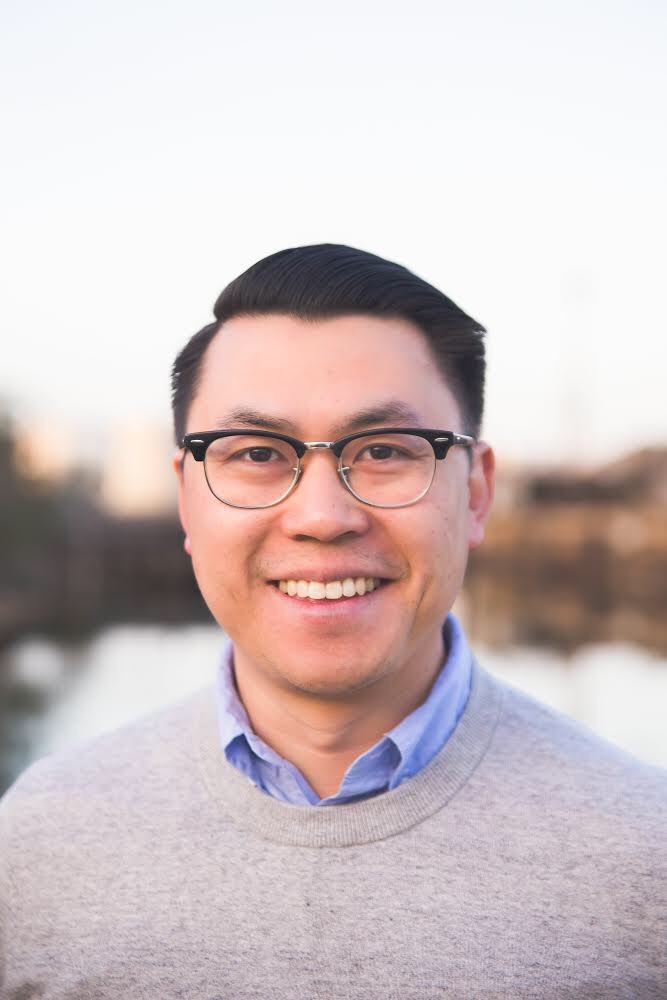 Some know Joe Nguyen as a familiar face because he’s operated in the background of Seattle’s community and politics for so long. Now, he’s deciding to emerge out front, running for a seat in the state Senate representing Washington’s 34th District.

“It’s never really been about me,” Nguyen said of his decision to run. “There’s already great leaders, advocates and organizations in this community doing work. I don’t want to be arrogant and say I’m the one organizing all of these efforts.”

Nguyen’s cohort of family and friends had been abuzz for a while, predicting his drift into the political arena. What ultimately pushed the decision: Sen. Sharon Nelson (D-Maury Island) deciding to retire.

“Nobody actually thought Sharon Nelson was going to retire,” Nguyen said. “I was working with a group of folks to potentially gear up to run for office in the next two years. So it wasn’t a shock to folks. The shock was running this soon.”

It’s been 23 years since this particular Senate seat was open. Usually, when representatives or senators retire, they do so midway through their term so the party can choose who fills the position without a district-wide election.

“You’ve got to take your shot when it’s open,” Nguyen said.

The U.S. economy and Washington state’s growing income inequality require immediate action, Nguyen believes. He feels an urgency to address them. “We need people who are going to make bold decisions that reflect the people,” Nguyen said. “Affordability isn’t just a talking point for me. It was a lived experience growing up as refugees.”

Nguyen’s parents are refugees from Vietnam. Growing up, his family relied on social services and welfare. Nguyen remembered sleeping on a dirty mattress in the basement when he was a kid because his family had so many people in their house who they helped transition to America.

Nguyen notes there’s never been a person of color representing the 34th District in the Legislature, despite the district’s diversity. “It’s not that people at the table don’t care,” he said. “It’s just that if you don’t have representation, it’s hard to get an advocate.”

When it comes to politics and leadership in official governmental roles, Nguyen felt strongly that it’s largely inaccessible to everyday working-class people, much less those in poverty. According to statistics from the U.S. Census, 40.6 million Americans, or 12.7 percent, lived in poverty in 2016.

“People I’ve talked to said they’re pumped by this, not just because they’re excited for me as a candidate, but it also gives them hope they can run as well,” Nguyen said. “So representation matters. To me, one of the key aspects of leadership isn’t what you yourself can achieve; it’s how you can empower the people around you to succeed as well. And I think making the sacrifice and running is part of that experience.”

Now that he’s running for office, Nguyen barely sleeps. He wakes up at nearly 5 a.m. every day and tends to go to sleep around 1 a.m. Most of his energy is spent on making calls to close friends, family and community members to gain their backing. Nguyen estimates he’ll need around $130,000 for an effective campaign, including paying staff.

Postcards alone can be expensive, at 45 cents per stamp, then printing costs, then multiplied by tens of thousands of people in a district. Sending just one round of postcards can add up to $15,000. Accessing Washington’s democratic database also costs money.

“That’s kind of why you don’t see working class, regular people running for office,” Nguyen said. “What I’m trying to do is raise enough money to get us going and then be very frugal in how we go about our business and then hope we can get to that path. We’ve been very successful so far in terms of initial outreach and fundraising aspect that I think we’ll be able to plead our case.”

Nguyen, who has worked at well-paying jobs and currently works at Microsoft, feels fortunate to have the means.

With the help of his staffers, Nguyen wants to run a grassroots campaign. Many of his campaigners are familiar names in Seattle politics, including Michael Charles, Sera Day, Michael Fertakis and Cathy Allen.

“The focus of it is kind of being young, scrappy and hungry,” Nguyen said. “But at the same time, we are very strategic in acknowledging there are rules to this game that we need to be aware of.”

This isn’t the first time in the past year that a Seattleite has opted for a grassroots-oriented campaign. Nikkita Oliver ran for Seattle Mayor, made it past primaries, and ended up in third place. Despite her loss, she still runs much of the talk in Seattle politics, and manages the infamous Peoples Party which hosts candidate debates, asking everyday people’s challenging questions and removing candidates’ abilities to maneuver around them.

Legislators must be accountable to the public, Nguyen said.

“There’s this fallacy of being busy, where people think that just because they’re busy they’re doing good work,” he said. “How do we make sure we’re spending this money in an appropriate way?”
His spending priorities include funding education, transportation and access to healthcare, with education as “the number one thing.” He theorized a Healthcare for All model, shared between California, Oregon and Washington as one big pool.

If elected, he promised to remain accountable to his constituents. He pointed to Sen. Rebeca Saldaña (D-Seattle ) as a model for accountability. Alongside remaining accountable is actually knowing what each district wants done. Nguyen feels confident he understands the 34th District and its communities.

“We’re going to knock on doors that historically haven’t been knocked on,” he said. “In campaigning, everyone talks about knocking on the ‘three out of four,’ or ‘four out of four’ — those are the people who are expected to come out to vote. We’re going to do that, but we’re going to have a team of volunteers knocking on the doors of people who have been left out of the process. So Vietnamese people, Cambodian people, Asian Americans, Latinx community, African American community. We’re making sure we’re going to be very culturally competent in terms of how we do outreach: Not just throw an event, invite somebody and hope that they come. We’re actually going to go out and meet them right where they are.”

On an important note, Nguyen would be a beginner. Most of his work has been in local Seattle politics, most of which is democratic, liberal, or progressive in comparison to other areas of the state. Moving to the Legislature requires an ability to forge a path down which conservatives can also walk.

National politics “kind of drives a wedge in the discussion we have will always be there,” Nguyen. “But I’d rather focus on the things I know we all care about, which is basically taking care of regular people in Washington state to ensure we all have access to the same opportunities everyone else does.”

After the Nov. 2017 elections, Washington’s Senate became democratically-controlled by just one seat. Nguyen has received the public endorsement of Sen. Bob Hasegawa (D-Beacon Hill),  Sen. Maralyn Chase (D – Edmonds), and interest from Attorney General Bob Ferguson. There was already one candidate debate held before the May 14 filing deadline. Nguyen will compete with candidates Shannon Braddock, Lois Schipper, Sofia Aragon, and Lem Charleston. Despite the competition, Nguyen reiterates that his campaign isn’t about him.

“I don’t want to be arrogant to think that I’m the one mobilizing all of these folks,” he said. “I’m not. I’m going to rely on the work of giants that have come before me, leverage their work and also kind of partner with them. I think oftentimes campaigns are top-down, where they try to come in and do things. I want to be the exact opposite. I acknowledge there’s already great leaders in this area, and I want to partner with them and augment them to help support their work.”