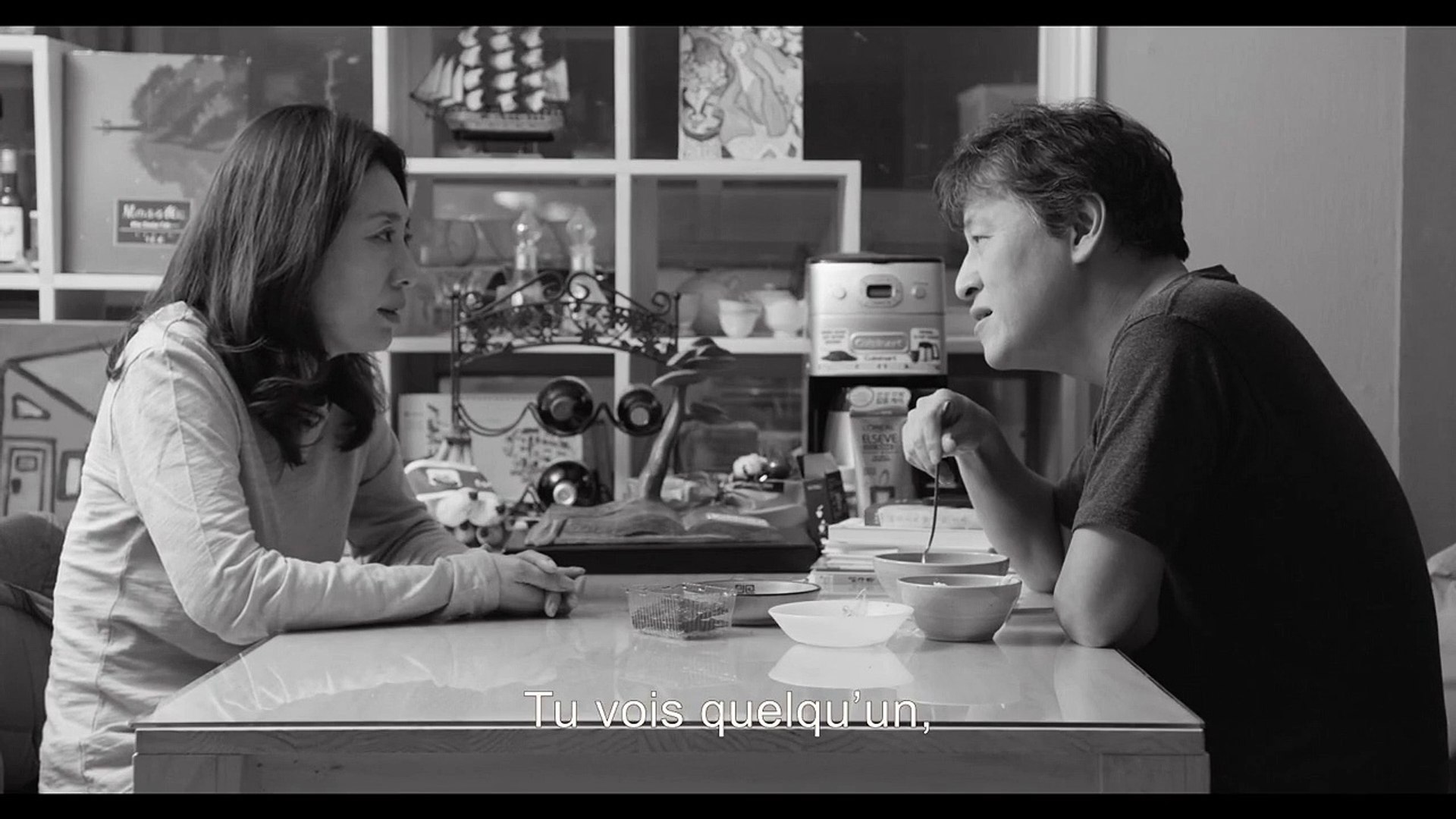 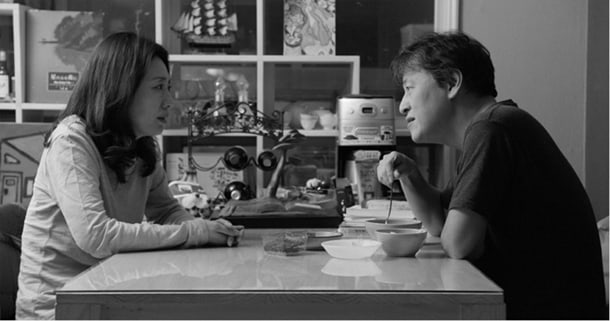 South Korean director Hong Sang-soo, indie master of realist cinema, shows that the web of lies spawned by a middle-aged publisher’s affair in The Day After is anything but the black and white palette that the film is shot in.

The film opens with Kim Bongwan (Kwon Hae-hyo) eating dinner at home while his wife accuses him of having a girlfriend. He denies the allegations and leaves to go for a walk, but a flashback confirms the wife’s suspicions. The girlfriend, Lee Changsook (Sae-byeok Kim), was (present and past are intentionally convoluted throughout the film) an associate of Bongwan’s at the publishing house, but at some point the relationship soured and she left. Her replacement, Song Areum (Min-hee Kim), another pretty young woman, seems destined to suffer thesame fate as her predecessor, as Bongwan seems far more interested in wining and dining his assistants than actually working.

Jumping back and forth between timelines quicker than an episode of HBO’s Westworld, the editing suggests that the characters are doomed to repeat the same patterns of bad behavior. The long takes and single-camera work that the director favors give rise to a handful of nearly identical scenes with the same blocking and similar conversations. Are the protagonists aware that they’re trapped in cycles of their own making? Are we, in our daily lives?

The central characters, and particularly Bongwan, are unsympathetic, though the portrayal of a man powerful in his industry preying on younger women just getting their foot in the door is, unfortunately, probably the most realistic aspect of the film. The casting choice of Kim Min-hee also feels meta, given that the actress, who has previously worked with Hong, had an extramarital affair with him that the pair publicly admitted to last year during a press conference.

For a film about people who are largely unlikeable and in which, for all intents and purposes, there isn’t a whole lot of action, The Day After is oddly compelling. Once again Hong proves his adeptness at capturing the minutiae of normal, everyday life. In Bongwan’s mistakes and flaws the audience is forced to consider the rippling effect of their own actions. Or perhaps, through a different interpretation, the film is a portrait of a flailing marriage in the throes of middle-aged crisis.

The Day After plays at the Northwest Film Forum May 25-27.