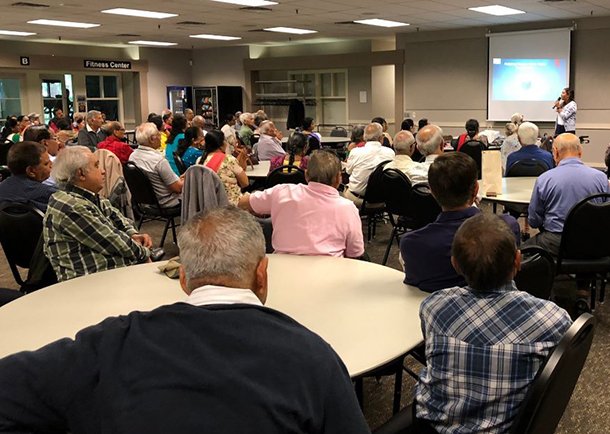 A large part of the late 90’s and early 2000’s era when I grew up was defined by the novelty of seeing my own people. On weekend trips to downtown Seattle or Bellevue Square, my family and I marveled every time we crossed paths with a fellow South Asian person, often exclaiming and even exchanging pleasantries with complete strangers for lack ok of having a large community. But this scarcity of South Asians is no longer the case.

South Asians are viewed by the general public as high-income earners with a high level of educational attainment. According to AAPI data, an online data collection project out of University of California Irvine, the number of Indians, Bangladeshis and Pakistanis with a bachelor’s degree or higher is 73.2percent, 48.1 percent and 54.1 percent respectively.

Such sweeping numbers combined with the model minority myth have undermined the community’s struggles and ability to advocate for important issues like educational equity, gender justice, LGBTQ rights and political representation. Beyond even that, broad generalizations – and a lack of nuanced data – about South Asians fails to recognize the economic diversity within the community.

These issues are becoming increasingly relevant as the South Asian population here grows. A thorough and accurate understanding and civic engagement of this population is struggling to catch up to a community that is becoming more present in the Northwest.

This is what a new coalition called South Asian Americans Together Washington (SAATW) is trying to address. When I spoke with SAATWA board president Aseem Chipalkatti, he wanted to draw on statistics, numbers and data. “I want to tell you this percentage of South Asians in South King County, their average income is this and their average educational attainment is this,” he said. That data just doesn’t exist.

According to the organization’s website, SAATWA is the brainchild of individuals who want to ensure that South Asian voices are represented at local, county and state levels in Washington. Their focus areas are economic equity, educational equity, gender justice and community heath. Their action plan is a three-pronged approach of educating, engaging and organizing South Asian community members and voters.

Among its main tasks, civic engagement is SAATWA’s biggest goal; the priority for 2018 is voter engagement and education. Many South Asians – especially those who have immigrated and have become naturalized citizens don’t realize they are eligible to vote.

“There are a lot of people who are just sort of assumed, well that is not something I can do, I can’t vote, I’m not from here, I’m not born here. Why would I be able to do that?” said Chipalkatti.

Some people don’t totally understand the immigration and naturalization process. Still others mistakenly parallel the U.S political system with the shortfalls of the political systems of their home countries, a trait shared by local Hard to Count communities who are often undercounted during the decennial census. That low voter-turnout rate has other effects. Lower participation correlates with disparities, allowing for resource and access gaps in certain communities.

“Our low voter participation rates and civic engagement rates sort of double down on the sense that we are a separate community that doesn’t engage. [But] we are here, we are a part of this nation, this culture, institutional frameworks and economy. These are our issues and we are not just coders and engineers and whatever you consider Apu from the Simpsons to be,” said Chipalkatti.

Last year, eight South Asians appeared on the November 7th King County Ballot. The recent election of candidates like Rep. Manka Dhingra (D-45) and Congresswoman Pramila Jayapal (D-7) is a testament to the fact that South Asians are getting involved.

Chipalkatti wants SAATWA to be a platform that doesn’t just support South Asian candidates and engage South Asian voters, but an organization that also dismantles the model minority myth so that area representatives, governors and policy makers can understand what is at stake for the South Asian constituents they represent.

Those stakes are not always in plain sight, but they are high. For example, Chipalkatti notes how deeply South Asians intersect with the Muslim community. In addition, South Asians are still “Brown” even if they can boast assimilation by virtue of pointing to bigwigs like Satya Nadela and Sundar Pichai, they still encounter systemic racism and bigotry on a daily basis.

“If we don’t get organized its very much one of those ‘first they came for, then they came for me’ sort of situations and they are already coming for members of our community, so it is important for us to stand up and say we as a community, we loudly say that is not okay.”

There are many cases that illustrate that warning: the Dotbusters in New England were a gang that targeted South Asians (they named themselves “dot busters” referring to the bindis, or “dots” Hindu women don between their brows); the first hate crimes post 9/11 targeted Sikh men, in 2017 Srinivas Kuchibhotla was murdered and weeks later a Sikh man in Kent was shot. Recently, South Asians have been detained and deported after living peacefully in the country for years

These are just some incidents among many others that fall into a larger pattern of intimidating minorities. Some issues are more covert, their impact subtle and unseen by the public who opt instead to see South Asians as defined by their averages (of income, education, etc). Those averages paint a picture of South Asians as a privileged minority.

Acknowledging privilege and working for equity

Many of us are in an economically privileged position. I constantly confront the tension of coming from an immigrant family, while simultaneously recognizing my family’s economic privilege. That goes for a large number of families in the Seattle and Pacific Northwest area, especially those who make a living in STEM fields.

But that privileged minority status does not keep the community from standing with other communities and causes. In fact, it necessitates solidarity.

“It [privilege} doesn’t preclude us from working in solidarity with other American groups and communities and the intersectionality with those groups is something we build upon, not [something] to create division,” said Chipalkatti.

There is a lot of intersectionality. The South Asian community isn’t just lacking in civic engagement and voter turnout, but it is struggling to confront internal legacies of oppression and inequity, issues that intersect with other marginalized communities. LGBTQ justice, equal rights and respect for women, a sensitive and caring community understanding of disability and mental health – these issues compound to create an added complexity within the South Asian community.

Civic engagement in the South Asian community is a two-fold endeavor. It requires political participation and voter turnout, but also an inter-community generosity to confront and address the biases and shame embedded in cultural attitudes. SAATWA’s vision is a practical step toward that larger goal.