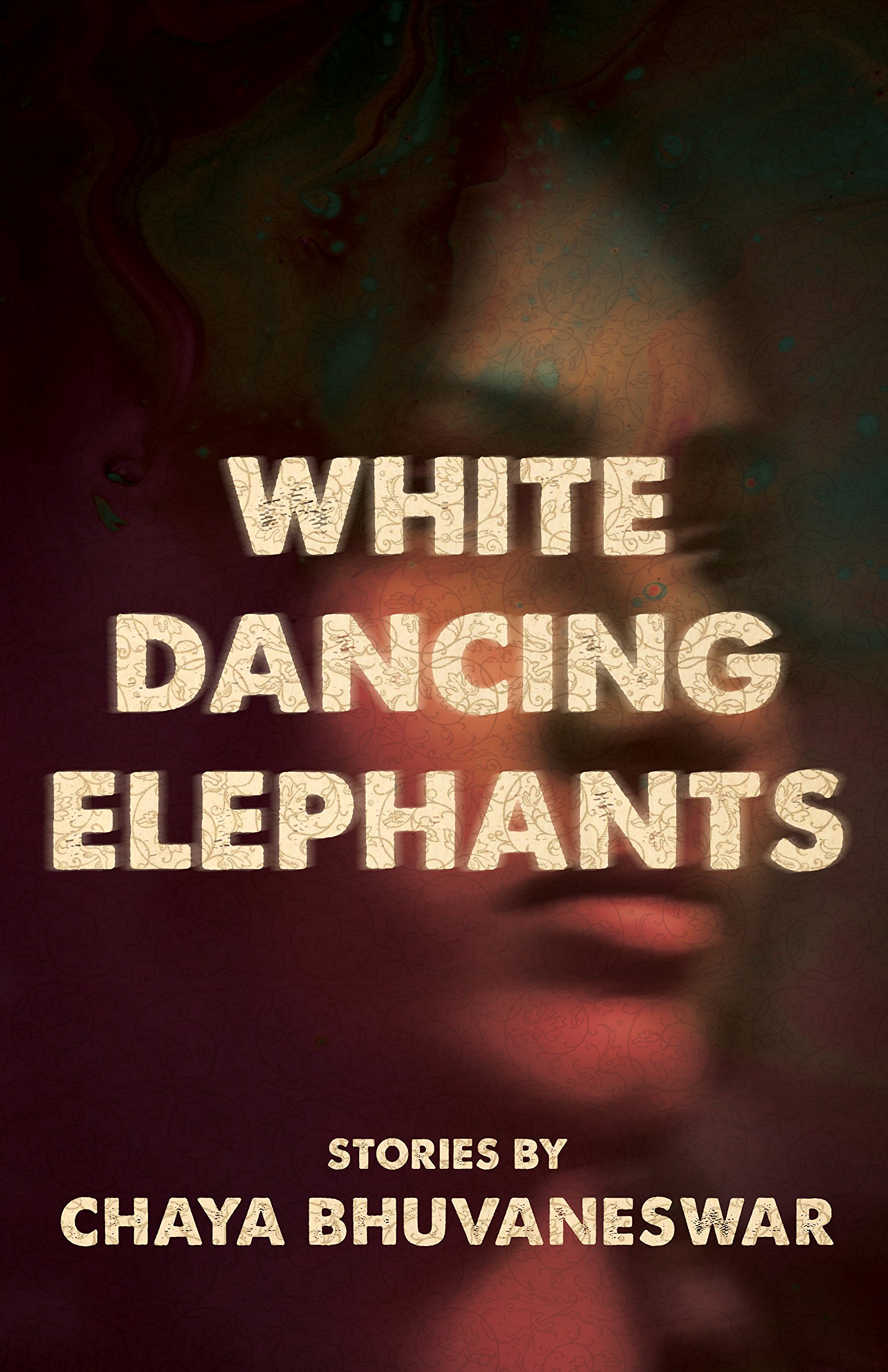 This debut collection called White Elephants Dancing, by Chaya Bhuvaneshwar, features 17 stories, each one a rich exploration of emotions and characters. The stories feature complex relationships often within families and examine interracial romance, queer love and extra marital relationships without being trite or pedantic. The writer’s control over her craft, the beautiful use of language, and nuanced character development make this collection a pleasure to read.

In the eponymous opening story, an unnamed woman reels from a miscarriage. The reader is taken into her psyche as she addresses her lost child and the rawness of the experience is palpable in every line: “I hate metphors of rain, fecundity, gushing water from a hidden space. There wasn’t anything macabre about your passing – no rush of blood, no horrifying trickle down my legs. Just two clear stains, understated, as quiet and undemanding as your whole life had been; only enough blood for me to know.”

In “Talinda”, she writes of two best friends, a Korean American doctor, Talinda Kim, and a South Asian professor, Narika Kandelwala, who have known each other since childhood. Talinda has been given a terminal cancer diagnosis even as she has been trying to get pregnant. Her friend Narika confesses to the reader that she has been having an affair with Talinda’s husband and is now pregnant by him. The premise of the story, if poorly handled, could make it melodramatic, but Bhuvaneshwar develops the two women’s relationship with depth and sensitivity that results in a surprising ending.

Another poignant narrative is “Jagathishwaran”, which tells of a schizophrenic artist who lives in India and his relationship to his Indo-American niece. “Orange Popsicles” is a highly relevant story for our times about sexual assault on campuses and the impact on a young Indian student.

In “The Goddess of Beauty Goes Bowling”, Bhuvaneshwar writes of an Indo-American family with a developmentally disabled daughter. The narrative skillfully demonstrates how gender plays out in the family dynamics through the father’s lack of empathy for the disabled child and his struggles with his wife for her devotion to the child’s well-being.

“Adristkama” focuses on an interracial relationship between two women, an Indian student in the United States, Nisha, and her American girlfriend Lauren. The two women struggle with differing familial and cultural expectations about marriage and Nisha’s refusal to come out to her parents. As Nisha looks back on the relationship two years after a failed marriage, we see how heteropatriarchal values are embraced by those most impacted by them.

It is refreshing to read a collection of stories which feature Indian American characters in a range of relationships and in a variety of settings. These narratives resolutely refuse to engage in the “caught between two cultures” theme that is often central to South Asian American writing.