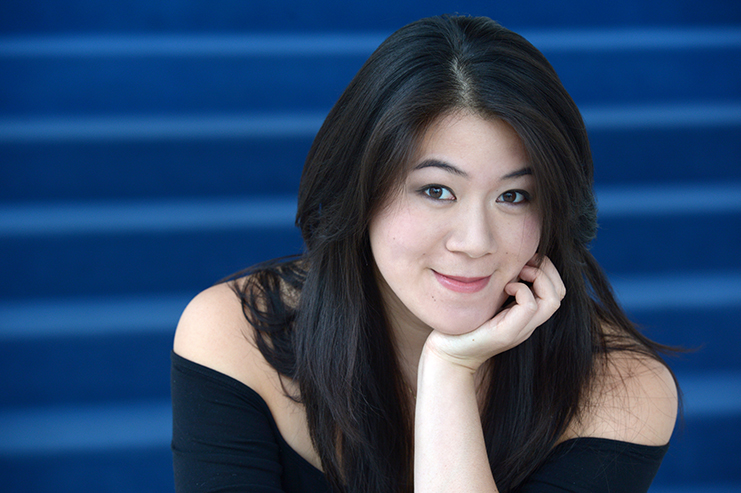 Live performances have halted during the continuing COVID-19 pandemic, but that isn’t stopping the Seattle Opera from presenting work. Coming up in May, soprano Karen Vuong will perform at the Seattle Opera, and the streamed performance will be free to the public.

Although based in New York, Vuong is pleased to have this opportunity in Seattle. “It’s been really quiet due to the pandemic and I miss performing for an audience,” she said. “I’m really looking forward to sharing my favorite music with everyone again.”

This recital highlights an awareness of the challenges of the previous year. “My recital will focus on the theme of release, both musically and emotionally,” Vuong said.

She credits the availability of opera resources during her childhood with the inspiration to further explore music. “My gateway into the opera world was a cassette tape of Phantom of the Opera when I was 12 and attending an outreach performance of La Bohème by the Los Angeles Opera,” Vuong said. “I was really inspired by the music and enjoyed trying to sing operatically.”

Vuong started training privately at age 16, and then earned a Bachelor’s in Music from UCLA. “After graduation, I was an inaugural member of LA Opera’s young artist program,” she said. “Coincidentally, I ended up singing the role of Mimi in the same production at LA Opera that had inspired me as a kid.  Then I went to Juilliard for the Artist Diploma of Opera Studies Program, followed by six years as a fest singer at Oper Frankfurt.”

In addition to the May recital, Vuong will also perform in Seattle Opera’s production of Flight, in the role of Tina. “I love that Tina seems basic on the surface, but she’s actually multi-faceted both dramatically and musically,” Vuong said.

To prepare for the role, Vuong has examined her own personal relationship for inspiration. “I recently got married after being together with my now husband for 13 years,” she said. “So I have been able to experience the juxtaposition of being both a newlywed and with same person for a long time.”

Despite the difficulties of COVID-19 and the many show cancellations that have occurred, Vuong is excited to prepare for these performances. “It’s been a challenge preparing for the role, having to do lessons and coachings virtually,” she said. “The apartment complex I live in was kind enough to give me access to a vacant apartment that I could practice in when everything was shut down.”

And when the world recovers from COVID-19, Vuong plans to take it by storm. “It is a lifelong dream to sing in every continent,” she said. “Even Antarctica!”

Flight will be performed, streaming from April 21-23, and Karen Vuong will be in recital, streaming from May 7-28, at Seattle Opera. https://www.seattleopera.org/on-stage