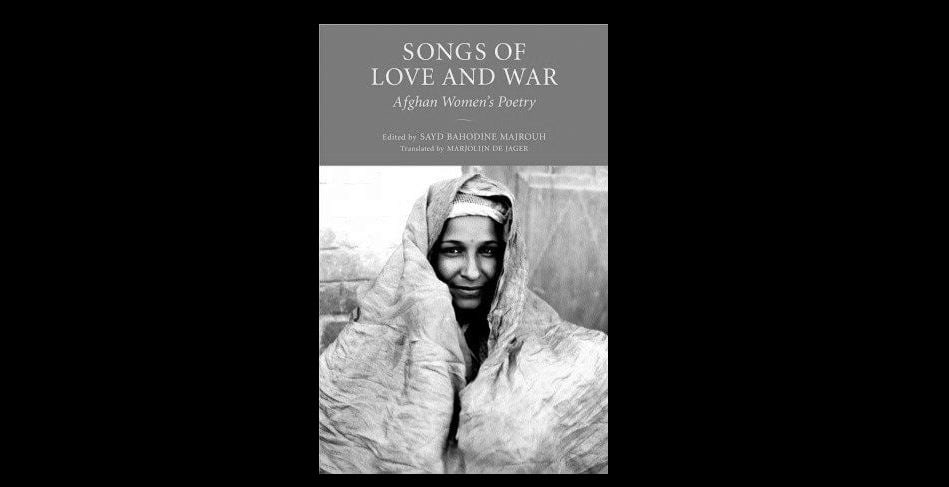 The landay—literally translated as “the short one”—is a form of oral poetry that consists of two verses of lines of nine and 13 syllables respectively. Sayd Bahodine Majrouh, a recognized poet from Afghanistan, shares in his book, Songs of Love and War, a set of landays from anonymous women in Afghanistan during the Soviet occupation.

The tone is often somber, pensive and raw in emotion. They are coined when village girls get water from a spring, at wedding celebrations, or while caring for children. With a rhythm easy to commit to memory, the landays, as Majrouh argues, speak of love, honor, and death.

The women draw inspiration from the physical earth around them. Many landays in the book are about patriotic combat and lament of being an exile during wartime:

“My beloved, my sun, rise above the horizon and obliterate my nights of exile. The darkness of solitude cloaks me from all sides.”

Afghanistan is composed of as many as 14 ethnic groups, with Pashtuns comprising about 40 percent of the total population. Each ethnic group differs in language, appearance, and even literary tradition. Translated by Sayd Bahodine Majrouh from Pashto into French and into English by Marjolijn de Jager, Songs of Love and War seeks to highlight the poetry of Pashtun women.

Pashtuns are a strongly patriarchal tribal society in which women are traditionally under strict control by male members of the family based on a Pashtun honor code. Majrouh writes: “In her innermost self the Pashtun woman is indignant and skeptical, feeding her rebellion.”

The poems are her expression of longing, courage, and resistance to tyranny. A large portion of poems in the book is on the topic of love.

“Love is a grave mistake, punishable by death,” writes Majrouh, making it clear that landays are a cry of separation from the lover due to social restrictions. “My beloved, come and sit a moment close to me/Life quickly turns into the dusk of a fleeting winter evening.”