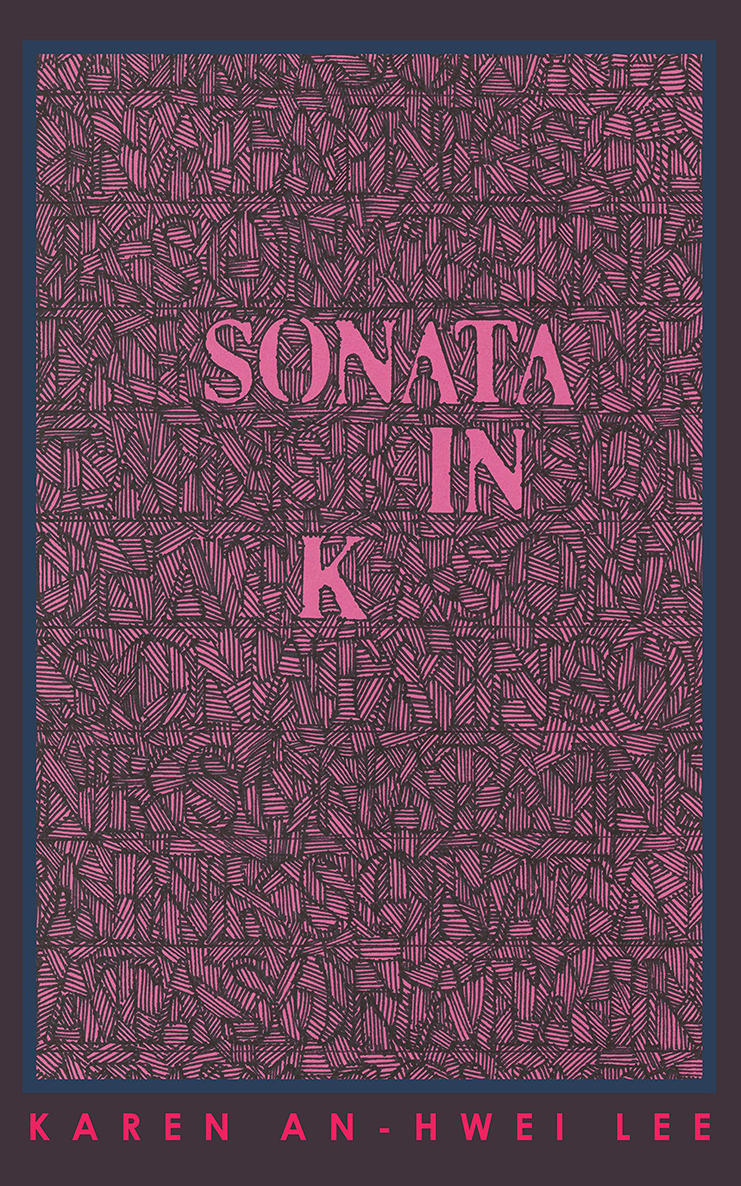 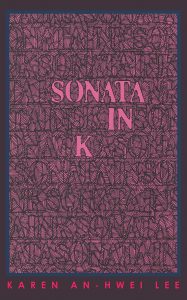 Kafka-san, as Miss. K, his “American-born Japanese” translator calls him, attempts to make sense of his resurrection. He slowly realizes that the Hollywood producers that have summoned him to L.A.—from the pages of biographies and the texts he once wished Max Brod to destroy—have no interest in him at all. They only desire the social currency his name brings to their film about a rhinoceros falling in love. He denies ever writing such a story, but they insist he did. Polyglot, machine-translated arguments follow.

Miss. K serves as a foil, calmly resolving Kafka’s fears and anxieties, as much as she can, with quiet competence and new technologies. However, her honest answers only highlight everything foolish about the world around them. Through poems, blank verse letters, recipes, itineraries, lists of times and places, and well-placed surveys, Lee creates a composition that captures the spirit of Kafka’s writing and interpretable concerns.

Sonata in K utilizes Kafka-san as an uninformed protagonist, set adrift, asking questions that defamiliarize Los Angeles. K tries to rationalize Kafka-san’s alienation, but the absurdity of the producers’ demands on Kafka-san only grows.

A spiral of meal-time discussions between Kafka-san and K are only about food on the surface. Tagless dialogue often cuts to the very core of societal problems with exceptional shrewdness. The style with which Lee writes dialogue leaves ambiguity. Do the characters understand each other, or is clarity only found in thought?

Discussions between Kafka-san and K delve, almost accidentally, into the problems of contamination and temporality. Words can be unmoored from their meanings, signifying and clarifying nothing. Kafka-san is out-of-time. He now survives and mourns those who survived his death. A leitmotif about whether or not there are oranges in orange county begins to say something about the transitivity of time and meaning. The term “Kafkaesque” begins to lose all significance, one play on words at a time.

Lee’s style is precise and decorous. Her poetry and prose blend with recipes for desserts with titles such as “clafoutis with framboise as clairvoyance.” As a result, her writing can explore topics with a fastidious exactness and apprehension, questioning everyday vexations with fresh observations.

Lee playfully folds biographical details, intertextuality, leitmotifs and an endless number of puns together into an airy historiographic metafiction. The result of Lee’s imaginative, citified writing is an audacious celebration of language, a polyglot short story full of postmodern literary techniques. Sonata in K is a novella for those who love language above all else and enjoy the challenge of de-allegorization.

To fully appreciate Lee’s work, readers need to keep an open mind and thumb through the novella until the dog-eared pages feel like cloth. Treat sentences and paragraphs like jigsaw pieces and search for the adjoining themes. Reading Lee’s prose is like playing a game with a master of chess; you’ll only know how she’s orchestrated a victory when you begin to look at the work with hindsight.