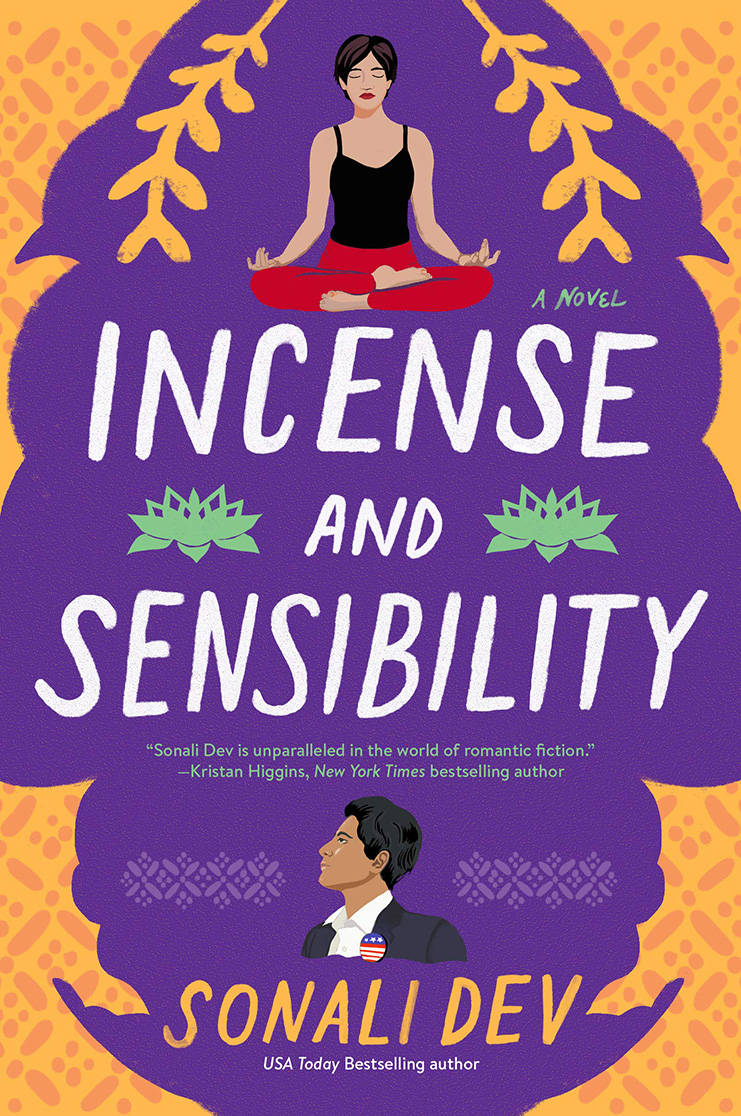 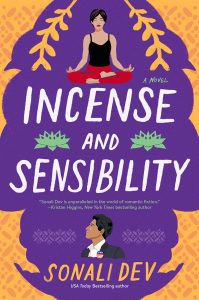 Sonali Dev is a master of Bollywood-style romances, big bold stories that capture a reader’s imagination and heart. Incense and Sensibility is the last in the epic Raje family trilogy (Pride, Prejudice, and other Flavors andRecipe for Persuasion) but it also works perfectly as a standalone novel. Readers do not need the background and history of the Rajes to enjoy Dev’s latest offering, but they might be tempted to delve deep into the Raje family’s world once they get a taste of her brilliant storytelling.

Set in contemporary San Francisco, Incense and Sensibility is the story of Yash Raje, the only son of the famous Dr. Shree Raje. As ambitious as he is charismatic, Yash is in a tight race for the governorship of California. He is cocooned in life by three adoring older sisters and a best friend, Naina, who everyone thinks is his romantic partner. As the election draws near Yash embarks on a relentless schedule of appearances set up by his campaign manager and sister Nisha. With his trusty bodyguard Abdul by his side, Yash meets with adoring fans and voters eager to see him ascend to the governorship over his disingenuous rival, Joshua Cruz. As election frenzy escalates, a horrific attack brings everything to a standstill.

Incense and Sensibility is also the story of India Dashwood, a spiritual coach and teacher who has dedicated her life to her family’s yoga studio. She is the eldest daughter of Tara Dashwood, an iconic woman bearing the distinction of being San Francisco’s first yoga instructor. India’s family is close friends with the Rajes, and they follow news of Yash’s campaign with great interest. But none of them know about India’s intimate encounter with Yash several years ago, an encounter that left her angry and unsettled. Everyone thinks he is the perfect gentleman, but that’s not what India remembers.

Dev spins an absorbing contemporary drama offering an irresistible blend of intrigue and romance that leads Yash back to India at a time when he is fighting not only for his political survival but also for his very life. Leaning lightly on Jane Austen’s gorgeous plot line, Incense and Sensibility is also a clever cautionary tale for our times with insightful observations on the accelerated pace of modern life and the courage required to forge a more meaningful existence.