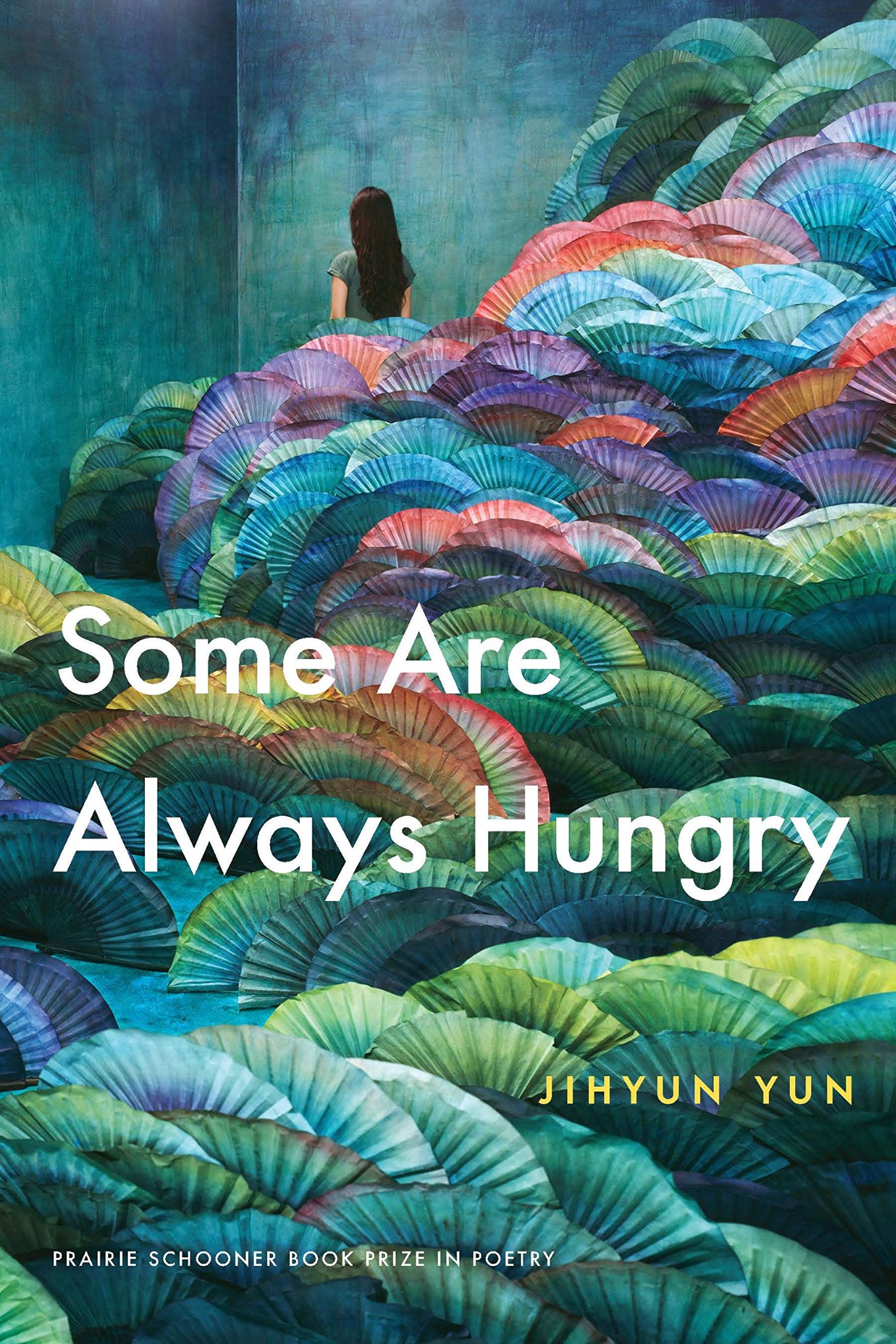 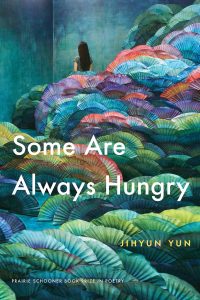 Jihyun Yun’s Some Are Always Hungry examines the imminent impact of war, immigration and poverty on three generations of women. Dedicated to the women in her life, Yun writes through the lens of food – what she deems as her family’s “love language.” In her poem “My Grandmother Thinks of Love While Steeping Tea,” she pays particular attention to her speakers’ mouths as vessels of expression and articulation:

“Coat your lip with pulp and sugar / from tea boiled in the copper pot I loved / to bruise over patient flames. The ginger / sharp and sweet, will permeate our palm’s / ravines.” While initially tender and indulgent, the poem ends with an abrupt change in tone: “Drink it all, / dredge the bottom for sunk honey / pull the thumb of ginger into your mouth and suck. I mean for you to taste / your inheritance. The gunpowder, / our soil.”

In Yun’s collection, love nourishes and sustains, though it neither prevails nor abounds. Instead, Yun provides her readers with an honest portrayal of trauma and survival.

It is important to note that Yun uses vivid imagery to illustrate butchery, violence and assault on women, which could be triggering to readers. Though a prominent motif, Yun admits her stylistic choice was initially done subconsciously: “I didn’t set out intending to draw such direct comparisons between the female body and food at all, and when I first realized it had saturated the collection so completely, it frightened me.”

She continues, “I think the language in the book naturally became that way because the language that we use to describe women is often so imbued with violence, even when not directly speaking toward or about violence.” And like female bodies, food is political. In “Benediction as Disdained Cuisine,” Yun draws a connection between assimilation and cultural erasure. As resistance, she asserts:

“Food is made to last. To transform / with the seasons. To survive / other nations. Give me all / I avoided so long for your sake. / Give me my heritage back. / Let me suck meat off the shell / of every animal you won’t eat. / Give me refuse, and I’ll make it / worthy.”

Winner of the prestigious Prairie Schooner Book Prize in Poetry, Korean American poet Jihyun Yun’s debut offers readers a nuanced yet visceral depiction of food and satiation, one that truthfully exposes violence and greed, and another that exemplifies survival, sustenance, and mercy. Perceptive and moving, Some Are Always Hungry is an inquiry into what sustains humanity through intergenerational injustice.