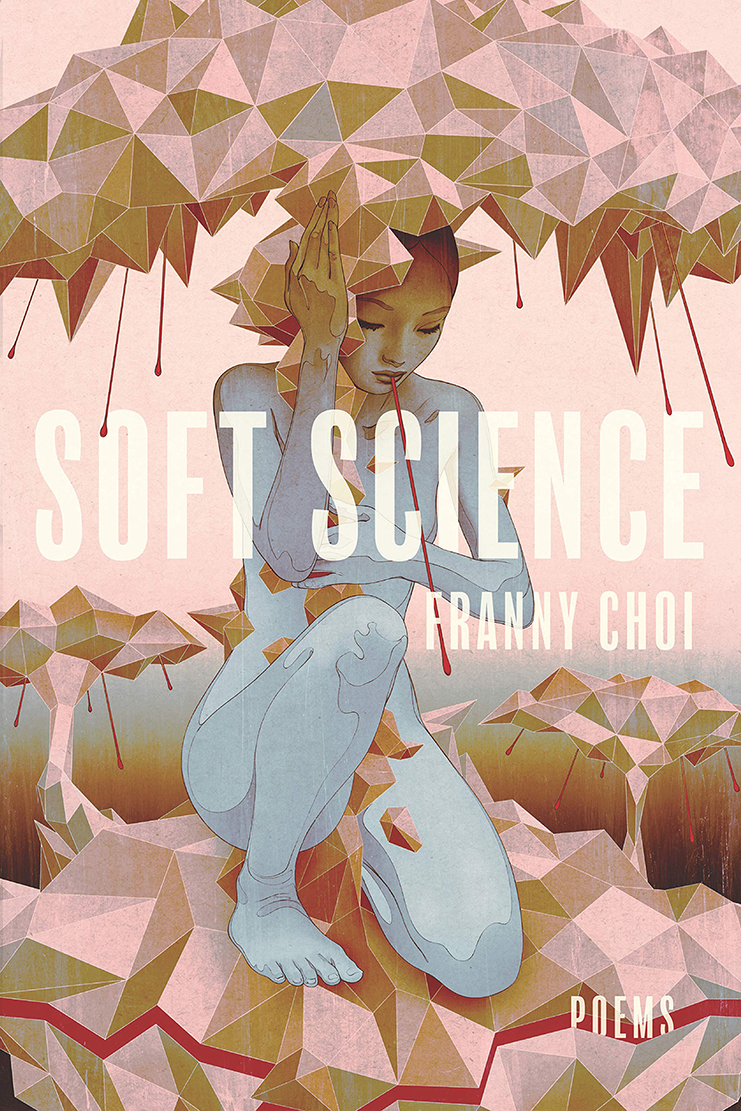 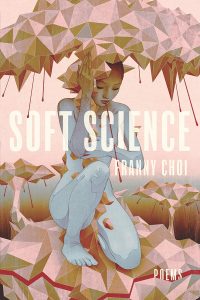 In Soft Science, Franny Choi’s new collection of poetry, a cyborg responds to Turing Test questions designed to distinguish her from a human being. Asked “where did you come from,” she gives a long confounding reply that begins, “man comes / & puts his hands on artifacts / in order to contemplate lineage / you start with what you know….” Is this incoherent answer the product of a faulty artificial intelligence that hasn’t yet mastered speech? Or do these fragments reveal a consciousness speaking in a poetic code that invokes sex, violence, and history, in order to give a genuine answer to the question?

Reading through Soft Science, one quickly discovers that the cyborg’s disoriented, imperfect, and alienated humanity is our own. It is easy to recognize the themes of loss, memory, desire, and love in these poems. The cyborg voice, however, gives them a decidedly strange spin that mirrors the strangeness of living in our own technology-saturated world. More and more, our social relationships are being defined by the computers and smartphones we can’t live without. We are already cyborgs. This is why the reader so readily identifies with the questions raised by Choi’s collection about what it means to possess a body, a sexuality, a consciousness.

It’s fitting that Choi takes as her main point of inspiration the sex robot Kyoko from the film, Ex Machina, who cannot speak. This objectification and silencing resonates strongly with the ongoing history of U.S. imperialism and its oppression of Asian women. Although Choi’s cyborg can speak, finding language adequate to resisting sexual objectification is not a straightforward matter. The poems resort to experimental uses of language. Some borrow from computer programming code. A poem about Chatroulette, a website that allows you to have random video chats with strangers worldwide, is written as a series of sonnets. (The site’s reputation is notorious for all the reasons one might imagine.)

Feeling is often a conundrum for the cyborg. The poem titled “On the Night of the Election” recalls the experience of feeling both politically and sexually numb after Trump’s election. The voice in the poem grows frustrated by the inability of her own body to be a functioning machine of the “good” variety. Exasperated, she asks, “is there anything that works / that isn’t a machine for killing / or doomed to collapse or stolen / from the sweat of the hungry?”

The strong focus on the body and its problem of feeling is present in many other poems. One titled “Solitude” is about jumping into the icy Narragansett Bay in February and racing back to the car for warmth, an experience comically likened to “intimacy.”

The phrase “soft science” is often an insult for something lacking in discipline and rigor. We’re given to understand that the cyborg wouldn’t really pass the Turing Test, but paradoxically, this is what makes her more relatable to readers, not less. Choi’s collection feels like exactly what’s needed in our present moment: not a retreat into nostalgia, but an attempt to engage deeply with how we relate with one another and what authenticity means in a rapidly technologizing world.

The final poem perhaps best illustrates this forward-thinking impulse. A meditation on the quantum theory of alternate universes, it muses that this theory implies both the existence of worlds full of hope as well as worlds full of the darkest sorrows. Science won’t place us on firmer ground, but it can give us infinite possibility, as long as we know how to listen to new forms of intelligence when they tell us things we didn’t expect to hear.