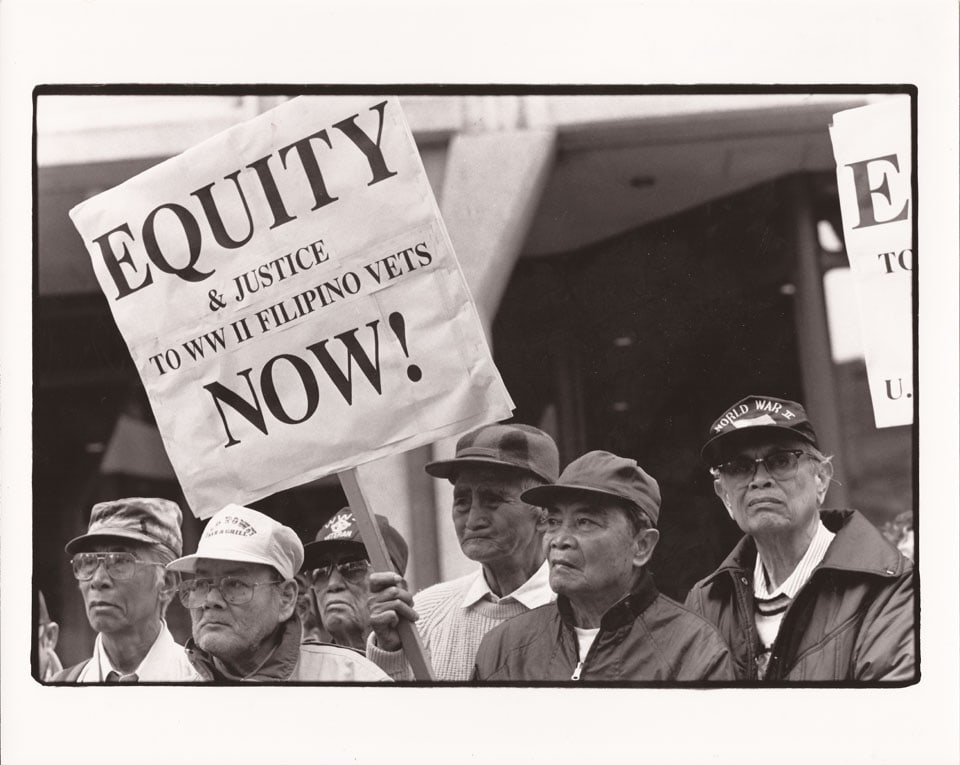 Filipino American veterans, who fought alongside American soldiers in World War II, demonstrate in front of the Federal Building in Seattle, calling for veterans benefits. The Rescission Act of 1946 specifically denied benefits to these men, even if they became naturalized citizens of the United States. Decades of protest led to partial compensation in 2009 in the form a lump sum payment to surviving veterans. Photo by Dean Wong, 1998.