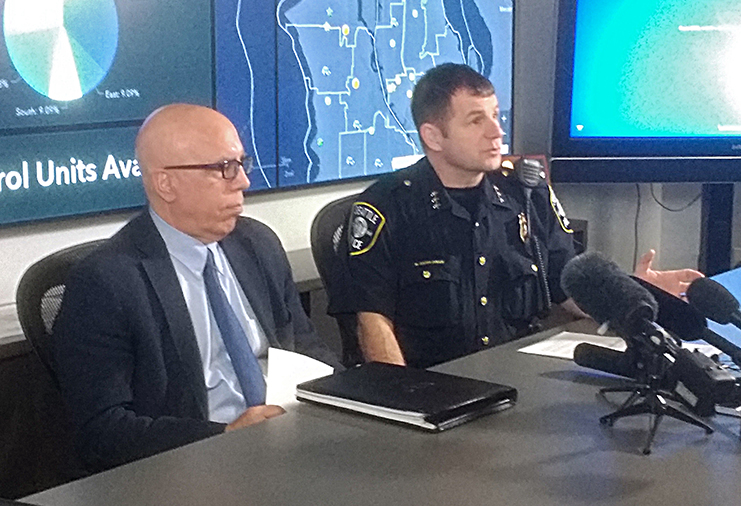 Seattle police busted 11 massage parlors in the Chinatown International District (CID) and Beacon Hill at the end of February, arrested five people for promoting prostitution and money laundering, and charged a sixth suspect who remains at large. They removed 26 women from the massage parlors, all of them Chinese or Chinese American, and connected them with social services.

The arrests were the result of a three and a half year investigation, with the help of the King County Prosecutor’s Office, the FBI and the Department of Homeland Security. The investigation started with a tip from a citizen about a massage parlor in Beacon Hill that apparently offered sexual services, and comes after pressure from community members in the CID who are unhappy with the large amount of massage parlors in the district.

Law enforcement found that the massage parlors in Seattle were linked to others in Los Angeles and New York through some of their owners, who are Chinese nationals. The two cities are hubs for women brought to the U.S. to do this work, according to the Seattle Times.

“It’s our belief that this is very well connected not only across our country but internationally,” said Capt. Mike Edwards, who led the investigation, at a press conference at SPD Headquarters on March 8. It is too early to say whether the massage parlors are linked to organized crime, he said.

The women removed in the bust, ranged between 20 and 60 years old. According to a statement from SPD, they were exploited by the owners and managers of the massage parlors, who lured them to the United States with the opportunity to make a good living.

“They brought them in under false pretenses in a lot of cases,” said Capt. Edwards. “In some cases they found out very quickly what it was, but again with the lure of how much money they would be making. And frankly the money that they were getting was far more than they’d ever seen.”

While the women could bring in $10,000 dollars per month, according to the Seattle Times, the owners of the massage businesses pocketed 60 percent or more of their earnings, and they also had to pay back the costs of bringing them to the U.S.

The women lived in unsanitary, unhealthy conditions, sometimes sleeping on their massage tables, according to Capt. Edwards. “The people who were running this really had no regard for their health or their wellbeing,” he said. They sometimes worked for up to 20 hours per day, with little time off. “A lot of them were monitored daily, they couldn’t go anyplace without having somebody go with them…. They were conditioned over a long period of time to believe that they were being followed, that they were on camera.”

They worked in risky conditions, Edwards said, with some women reporting being robbed, as well as sexually abused or hit by clients.

The women will not be deported, said Deputy Chief of Police Marc Green-Garth. SPD is working with Homeland Security to get the women visas.

They were initially taken to an intake facility where they were interviewed and were free to accept help, the Seattle Times reported. The FBI brought in translators from out of state to help with the interviews.

The women have been connected with service-providers “who are assisting them by evaluating their needs including medical attention, food, living arrangements, transportation,” accrding to a statement from SPD.

Police have probable cause to bust 18 other massage parlors, the Seattle Times reported, and expect to make more arrests.