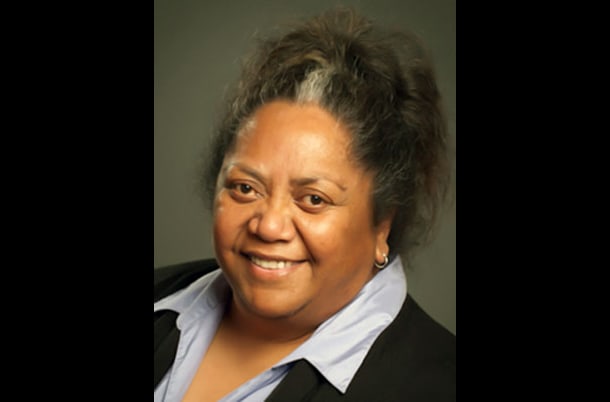 Sili Savusa is the Executive Director of White Center Community Development Association, and one of the most prominent Samoan community leaders in the Northwest. As a Samoan woman in position of leadership in her community, she has proudly represents and advocates for those whose voices are underrepresented and continues to do so still. Prior to joining the White Center CDA, she was the Family Services Coordinator at Southwest Youth and Family Services.

Her accomplishments include establishing the first Samoan Pacific Islander Parent Teacher Student Association in the nation, being the first woman of color elected to the Highline School Board, and successfully managing a multi-million dollar Making Connections comprehensive community change initiative of the Annie E Casey Foundation.

How was her upbringing and what led her to pursue a life long journey in community work? Sili talks about some of her earliest memories with some of the most pivotal times in local Samoan American history.  Here’s what she shared:

John Phoenix Leapai: What kind of relationship do you have with your community members?

Sili Savusa: A lot of what I learned, I learned by watching my parents, you know, growing up, so my parents were very foundational.  They were activist in their own way. When they came, they came to Seattle in the 50s… I just remember many people on my mother’s  family and my dad’s, just coming through and transitioning from Samoa to here, to the United States… they came through our house.

And so, that was really foundational  and then to grow up and watch them actually work with the broader community. My father started the, along with the other Matais (chief), started the Samoan National Chief’s Council back in the 1980s… they were a national chapter.  And him and many other matais… started the Faiga nu’u (chief’s council)  here in Seattle.

Watching him bring people together is something I saw all the time.  Because when they came to our house, they did community meetings. They did the first Flag Day here in Seattle. The very first Flag Day ceremony that I know my dad was involved in was actually in Fort Lewis, prior to that, that was in the 70s. That was because there as a group of Samoan enlisted men in the army at Fort Lewis.  One of them was a man by the name of Lave Mana’o, who was a sergeant major, at the time and was stationed in Fort Lewis and so they wanted to do something that would connect the army guys together there at Fort Lewis and to bring people together.

So, I remember that when I was really young, but I remember thinking, “Wow, there’s a lot of us here.”  You know, even at that age, I must’ve been 7 or 8 at that time. And then when we did the first Flag Day, the first Flag Day ceremony was here down at uh where Dunlap School is in South Park, it was there in that park, in Dunlap, the old Dunlap Elementary in South Park.  And I remember Congressman [Jim] McDermott coming and a lot of other dignitaries coming from the state and I remember thinking, “Wow, this must be really important.” And then, I was also learning what Samoan Flag Day meant to our community… and there were tons of people and realizing that this was the first Samoan Flag Day, of course everybody supported it.  All the cricket teams, everybody performed. And I remember looking at the faiga nu’u at that time… you know…like a dozen old men.  And there was a man named Ma’imalo Moliga who was the director of the faiga nu’u. Ma’imalo was the director of the chief’s council at that time.

My dad opened up the [Flag Day] parade… the parade was literally around the park of the school… And so that was what would further ground[ed] me in my work in community.  And so as I got older my father made me a matai (chief) and to work with the faiganu’u, with Ma’imalo and the other chiefs. So, that’s what got me going in the mode of community work.  So, knowing that I work, at that time I worked at Atlantic Street Center, a non-profit, umm…they wanted someone to support them administratively. And they wanted someone there to help build their structure, also, locate resources, grants, to help support the work of the chief’s council.  So, they made me a matai, my matai name is Na’atimua. So, my family is the only ones that call me “Mua”, nobody else knows, you know, only folks who were around when my father was around.

JPL: It’s very fitting for your position right now as an Executive Director

SS: Thank you. A lot of people know I’m a matai, but you know, they did it so that I can officially be a part of their collective and to help kind of guide and provide support to the community, and how they wanted to see the community improve.