Among the Asian offerings at this year’s Seattle International Film Festival (SIFF) are movies featuring family, food, flying and filmmaking, including the following: 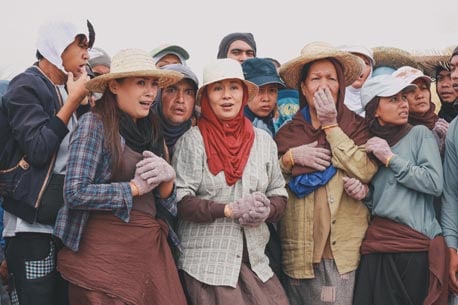 A touching comedy from the Philippines, The Bit Player stars Vilma Santos as Loida, the single mother of a college student. Struggling to make a living as a movie extra, she awakens in darkness, races to scrounge wardrobe from neighbors, taxis with her best friend, Venus, to a shrieking talent coordinator who crams them into a service van to the shoot’s location—all before sunrise. On the set of a television soap opera series, the director hustles to shoot on schedule while his producer scrimps on their already tight budget. Humorously engaging, the film also boasts a strong social consciousness that exposes trade secrets, like extras being treated like props. When food runs out, the last ones in line don’t get fed. When one faints in the heat, she’s dragged off set without pay. As an aging woman with aspirations for that big break in order to finance her daughter’s education, Loida is stoically graceful. She never abandons hope even when it becomes clear that her job as an extra places her in the lowest caste of the cast. Screens May 21 and May 23.

A China-France co-production, The Nightingale makes a statement about decadent city life turning decent country folks into soul-depleted bourgeoisie. A Beijing architect, Chongyi (Qin Hao),has a meeting in Tokyo while his executive wife (Li Xiaoran) has an appointment in Paris. Unfortunately, their live-in nanny has already been promised a vacation. Enter grandpa (Li Baotian),the father that Chongyi has never forgiven for losing his daughter while visiting a bird shop. Likewise, viewers may never forgive Chongyi for finding the child who is so unlikable in the first third of the film that the director struggles to explain her transition from iPad brat to devoted granddaughter. Transporting grandpa’s caged 18-year-old Nightingale to free at grandma’s village grave, the two bond along their lush forest journey. Screens May 25.

Besides close-ups of scrumptious looking dishes, there’s little else in Final Recipe to hunger over. The outlandish back story about a famous TV chef (Chin Han) who no longer speaks to his restaurant owner father (Chang Tseng) even though grandpa raised his aspiring chef son (Henry Lau) is so far-fetched that even the usually resilient Michelle Yeoh appears rigid in her role as a producer married to the famous chef. The premise of a major television food competition determining the best culinary artist elicits some nail biting moments. Alas, while the food is painstakingly photographed, the script didn’t benefit from such minute attention. With both Singapore and Shanghai as locales, exotic scenery vies with shiny stainless kitchens as the countdown begins. Even the actors look good enough to eat, although the movie would’ve benefited from more face time with comic relief Bobby Lee. Screens May 24, June 2, and June 4. 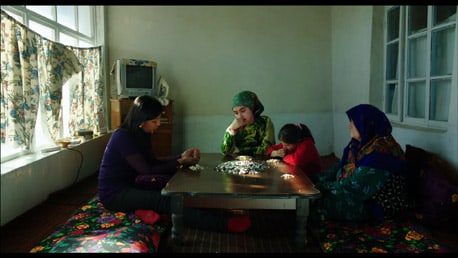 The first five minutes of 40 Days Of Silence almost describes its title. Nearly noiseless, the only audio heard is a woman’s ghostly voice asking Bibicha what has happened to her. Slowly, the momentum builds, revealing a ritual called Chilla that overwhelms the family of females. Bibicha has left her mother to spend 40 speechless days with her grandmother and young cousin, Sharifa. Meanwhile, Sharifa’s mother, Khamida, has returned to the village she loathes from the city she loves, absently playing with her cell phone and refusing the requisite Islamic headscarf. This modest story unravels in Uzbekistan and features ethereal figures emerging from shadows, stark snow-covered hills and trees, wandering goats, and assorted foodstuffs served and prayed over. It’s a moody, moralistic tale made intriguing by the absence of men. Screens May 22.

Liar’s Dice refers to Nawazuddin’s (Nawazuddin Siddiqui) vocation of hustling gamblers in between halfheartedly helping a village woman find her construction worker husband in the city. Kamla (Geetanjali Thapa) lives with her daughter and pet goat in the Himalayas flanked by India and Tibet. After not hearing from her spouse in five months, she unwisely scoops up her child and goat, and heads out to search for him. Naively bumbling through a maze of soldiers, she encounters a mysterious man who’s been beaten and robbed of his guns. Soon, they form an uneasy alliance on the road; voyaging the panoramic country by bus, rickshaw, taxi or train, all for the purpose of locating Kamla’s missing husband. While Nawazuddin inexplicably sticks around (Kamla has little money), and the ending leaves loose ends, this study of the inhumane treatment of laborers is thought provoking. Screens May 26, June 3, and June 5.

Absorbing and flawless in its execution, Remote Control is the story of a Mongolian teenager torn between old and new. Obsessed by the tale of a boy monk who was murdered for trying to fly with a parachute, Tsog sells milk in the city each day. At night, he returns to the constant bickering of his drunken father and cold-hearted stepmother. And, though he buys textbooks for his little brother’s education, the boy betrays him by selling a book of Tsog’s drawings for a horse ride and candy. Running away to the city and camping out on a rooftop, Tsog becomes intrigued with a young woman living in the high-rise across from him. While watching the building’s tenants with binoculars, he also switches their TV stations with a remote control. Learning that the woman has left her lover because of her fear of heights, he gets emotionally involved. Lively music is a delightful accompaniment to metaphors of airplanes, balloons, kites and other flying objects. Screens May 22 and May 24. 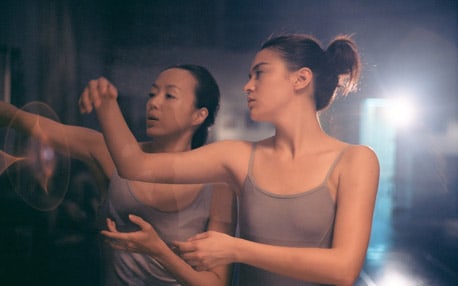 Real–life, blind Taiwanese pianist Huang Yu-siang plays himself as a first-year college student majoring in music in Touch of the Light. Yet his skills as a concert level pianist makes it hard to imagine there’d be anything left for him to study. With a stern but overprotective mother, a slob of a roommate, several cruel classmates, and a pretty friend who’s inspired by Siang to pursue her love for dance, this film is surprisingly benign. The music, though, is moving and the story is sweet. Screens May 22.

Whether it’s family, food, flying or filmmaking you desire, SIFF has an Asian movie for you.